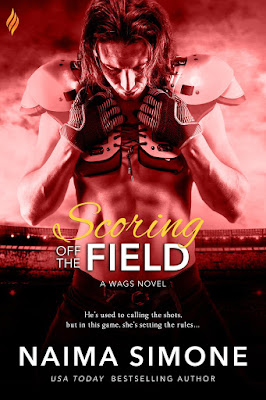 Tennyson Clark is getting a life. First step: quitting her job as assistant to Dominic Anderson, star quarterback for the Washington Warriors, her best friend … and the man she’s been secretly in love with for years. But since the gorgeous, if overprotective playboy has only ever seen her as his BFF, she’s finally ready to relinquish her tattered fantasy and move on. Enter steps two and three: new job and new man.

Football is Dominic's life, and with his contract soon up for renewal, all his focus needs to be on the game. But Tennyson—dependable, logical Tennyson— is making that next to impossible with her mysterious new job and her sudden interest in online dating. He doesn’t do relationships. But the thought of another man touching her sexier-than-hell curves has him suddenly wanting more from his best friend.

Indulging in hot, dirty, what’s-my-name sex with no strings and lots of benefits is simple, uncomplicated…until it’s not. 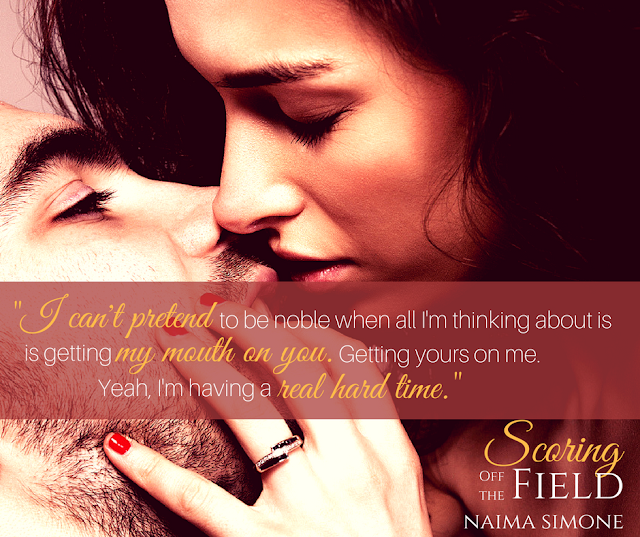 “What the hell are you talking about now?” Dom barked. “Paying for your college tuition, getting you a job and apartment—I did all that because we’re family, not to control or manage you.”

“We are not family,” Tennyson replied, voice sharp. And those four words jabbed him in the chest, expelling all the air from his lungs. “I’m not the broken little girl from the foster home who you took under your wing anymore. No matter how much you still think I am.”

“Goddamn it,” he growled, getting up in her space. Anger shoved at him, ate at him. The hell he wanted her to be that eleven year-old with the wounded eyes and heart. It’d been his life’s mission to make her forget what betrayal, pain, and hunger felt like. And here she stood, accusing him of… “If you think I want that for you, then you don’t know me at all, Tennyson.”

“No, you don’t want me to be her, but you see me as that girl. You’re still trying to be my hero, my protector, my big brother. I don’t need to be protected, and I damn sure don’t want you as my brother. My life has revolved around yours for the last fourteen years. I’m tired of it,” she stormed. “You don’t respect me as an adult capable of making her own decisions—”

“Could you please stop for a minute?”

She complied, blinking up at him, probably shocked at his asking her to be quiet or the “please”—maybe both.

Anger licked at him, burning him in its flames. Anger, frustration…hurt. They all propelled him forward. Before he could question himself—reason with himself—he was moving, pinning her to the wall, thrusting his fingers through her thick, nearly black curls. Pressing his chest to hers, grinding his cock into the soft give of her stomach. She didn’t utter a word, just stared up at him, shock darkening her eyes, parting her lush lips.

“We’re not family? You don’t want me to protect you?” He hurled her words back at her, tightening his grip on her hair, pulling her head back just a little farther. Her lashes fluttered, and her breath caught, the soft gasp of air brushing his mouth. Oh hell. She liked that. Eyes narrowing on the flush that lightly colored her cheekbones, he tugged on her hair again, a little firmer than the last time. Once more, she gave another of those almost imperceptible pants, a small, hungry sound accompanying it. Her fingers curled into his shirt, her nails barely scraping his chest through the material. But he felt the light scratch all the way in his dick as if she’d drawn them down his already throbbing erection.

“Dom,” she whispered, her lashes lifting. Confusion shadowed her eyes. But so did arousal. And it was the heat there that had him pressing closer until she raised on her toes, another of those whimpers escaping her. Hell, he could make dragging that sound from her another career.

What are you doing? the rational side of his brain scolded. But he barely paid it any heed. The primal side of his psyche had taken hold. And screw it, he let it take over.

“Let me show you what I do to women who aren’t family,” he rasped. 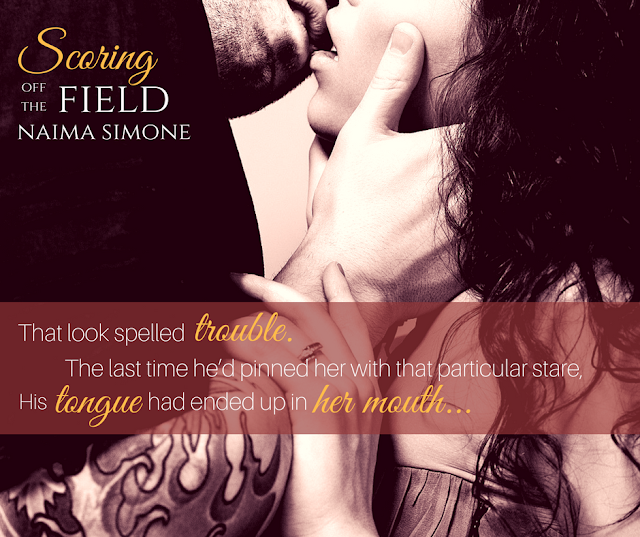 USA Today Bestselling author Naima Simone’s love of romance was first stirred by Johanna Lindsey, Sandra Brown and Linda Howard many years ago. Well not that many. She is only eighteen…ish. Though her first attempt at a romance novel starring Ralph Tresvant from New Edition never saw the light of day, her love of romance, reading and writing has endured. Published since 2009, she spends her days—and nights— writing sizzling romances with a touch of humor and snark.