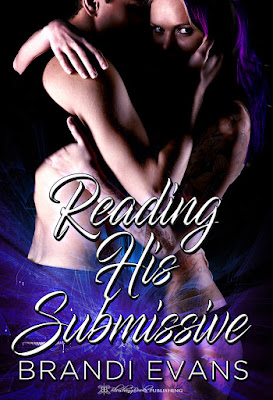 I can’t sit by while Raven, a recurring figure in my fantasies, is in trouble. My job as a detective keeps me busy, but I’m not looking for a relationship, just a sub to assist with a class I’m teaching: Reading Your Submissive. Raven always claimed she wasn’t a member of the lifestyle, so imagine my surprise when I discover a budding submissive inside her. She gets under my skin in ways I can’t fight, but emotions are dangerous. I learned that the hard way. Is getting close to Raven a mistake? Will I destroy her life like I destroyed the life of the only woman I’ve ever loved?

This is book two in the Restrained Fantasies series but can be read as a standalone.

Raven punched the elevator button and waited for the doors to open. Damn her fucking mother. Damn her, damn her, damn her. Ten thousand dollars. How the hell was Raven supposed to come up with that kind of money by the end of the month?

Who fucking screwed over their own child this way?

She fisted her hands at her side and fought the urge to punch more than the elevator button. Taking out another loan or getting new credit cards with credit limits large enough to help was out of the question. She was over-extended as it was; served her right for trying to help the bitch in the first place. After helping her mom out with attorney fees and bail after her last arrest, Raven had been left holding the bag. She still couldn’t believe her mom had skipped on bail. Again. And crazier still, Raven didn’t know why she’d bothered helping in the first place. That had been her first—twentieth?—mistake.

The elevator doors slid open, and Viv Michaels strutted through. Viv was the boss’ sub and the love of his life. She was a sweet, vivacious woman Raven had come to like a lot.

Viv was dressed in her usual club fare. Black fuck-me boots, red miniskirt, and a matching leather corset which barely contained her ample breasts. She was the boss’ perfect match in every way—and it made Raven a whole lot envious. She’d never trusted anyone enough to let them in, let alone have what Viv and the boss had.

Raven forced herself to return the other woman’s smile. “I’m good.”

Viv’s gaze sharpened. “You sure? You look… upset.”

“Just having a bit of a tough time today, but everything will work itself out. It always does.” More likely it won’t. It never did.

Over the years, she’d gotten damn good at lying about her emotions or redirecting the conversation, so with luck, Viv would take the near-lie at face value and move on. Because this problem wouldn’t work itself out. She might as well face reality and get used to it.

She’d be homeless by the end of the month. Viv placed her hand on Raven’s arm and gave it a reassuring squeeze.

“Okay. Just know I’m here if you need to talk.”

The offer warmed Raven. Part of her acknowledged the impulse to accept Viv’s offer, hug her close, and let the tears come. The other part, however, the stronger part, reminded her trusting another person only ended in disaster. She’d had enough tragedies in her life already. The only person she could depend on was herself.

“Good.” Viv flashed another smile and then headed toward the boss’ office. She seemed so sweet and sincere. Maybe, if Raven was very lucky, she could trust Viv.

Yeah, and maybe someday, Raven would have more than two fond memories of her mother.

Raven stepped onto the elevator and pressed the button for the ground floor. She still needed to go home before her regular shift. She’d come straight from the bank, and she wasn’t exactly dressed for—

“Hey, Raven, wait up!” Someone forced their arm through the sliding doors and kept them from closing. When they opened again, she found herself staring at the handsome face of Carter Burkes. And her libido jumped to immediate attention; it usually did when he was around.

The sexy cop might be close to ten years her senior, but he wore his age like a badge of honor. Defined biceps and triceps bulged from the sleeves of his black T-shirt. The cotton stretched over his trim torso in all the right places, and his leather pants did little to cover the contour of muscular legs she’d admired more than once in the club.

A few strands of gray decorated the hair at his temples; otherwise, the perfectly messy brown locks appeared thick and lush. More than once, she’d had to squash the temptation to bury her fingers into the strands just to see if they were as soft as she’d imagined.

A day’s worth of growth covered his cheeks and square jawline. And damn those dimples. Why’d they have to amp his fuckability to stupid levels? Didn’t she have enough shit to worry about?


Want to visit the Reading His Submissive's Pinterest board?

See the images that inspired the book! 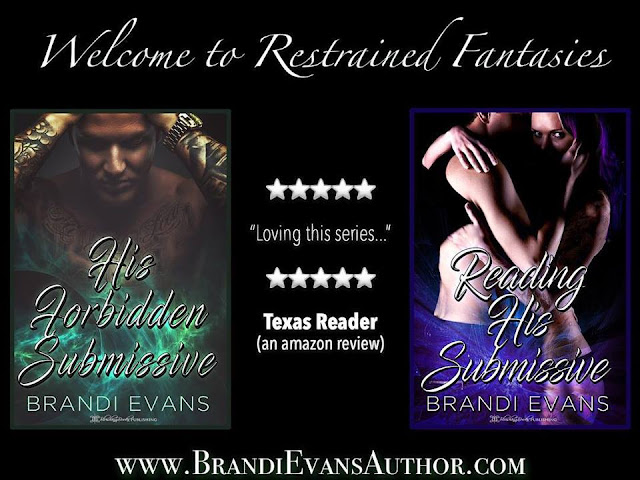 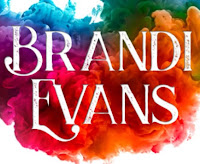 Brandi Evans was raised by a caravan of traveling Gypsies. She spent her days learning the ways of her people and her nights lost in legends as old as time. Okay, not really, but that's way more interesting than the truth!

In reality, Brandi grew up the oldest child of an ordinary family. Grade school, middle school, high school. Nothing extraordinary happened until she left the nest. She joined the military, went to college, got married, and became a mom. And somewhere along the way, she discovered she liked to read—and write!—stories hot enough to melt eReaders. 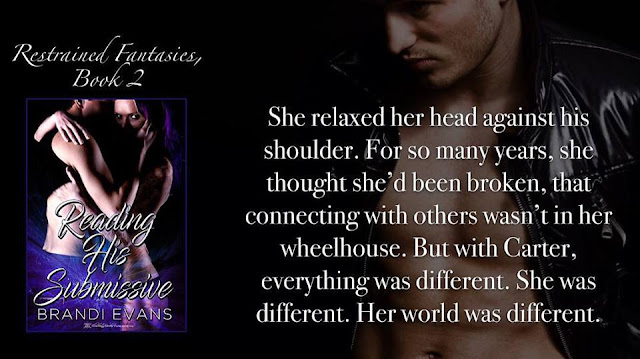 February 27th
Musings From An Addicted Reader
books are love

March 1st
Mello and June, It's a Book Thang!
Reviews by Crystal

March 13th
Wake Up Your Wild Side
Bookaholic 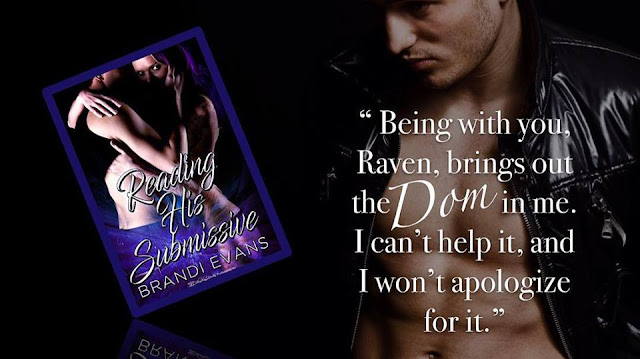