Addison and William Hartman’s once tumultuous affair is mostly a thing of the past. These days it seems they have it all—that the world is literally at their fingertips. They are finally living their hard won happily ever after.

Settled into a marriage that is anything but normal, the two of them are learning the art of the dance it takes to make a long-term commitment between a pair of highly-passionate and driven people work. The question is whether or not they can sustain it.

And it appears they can—that they have the give and take in the bag—until outside forces beyond their control come forth and change the course of their lives, once again—and this time, not for the better.

The final book in the Bedrock Trilogy, this story explores what happens after the curtain closes and the reality of happily ever after begins. 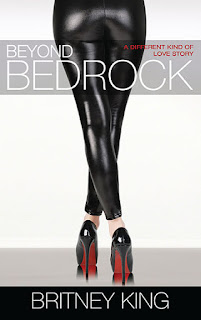 Excerpt From: Britney King. “Beyond Bedrock.”

I’ve finally found you, and you’ve found me—and in that, we will find each other.

It will be magic.

YOUR NUMBER ONE FAN

P.S. Speaking of magic—I wrote a little something just for you…


Magic.
Once you’ve tasted magic like this.
Then, you know—
Everything else is second rate.And nothing less will do.
So best eat it up…
For there’s more where that came from. 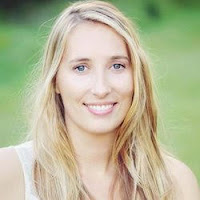 The extended version and in third person no less ;): Britney is married to a man she adores (when he isn't driving her crazy) and is the mother of FIVE pretty amazing kids, who (surprise!) also have a habit of driving her crazy. Her best guess is that it's genetic. She is the author of five novels including The Bedrock Trilogy, Somewhere With You, and Around The Bend.

In addition, she founded a local network for women in 2012. Currently, she occupies a job she enjoys-serving and running Austin Women's Network. To further prove that she may in fact be certifiably insane, she decided to pursue her dreams and published her debut novel in May of 2013.

In her free time, you might find Britney running, reading, or spending time utilizing the wonderful venues that make her city great.