Lock your bedroom door!
Pull out the toys!!
Fill up a glass of champagne!!!
Let’s have some naughty new adult fun with The Undergrad Years. 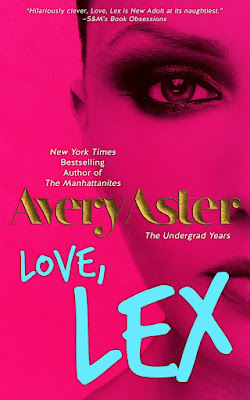 This summer, I’d planned to celebrate my eighteenth birthday in Europe with my fellow Manhattanites—Taddy Brill, Blake Morgan, and Vive Farnworth—until I caught my boyfriend screwing my mother. According to the police report, this vomit-inducing incident happened around the same time I’d supposedly blown-up my mother’s penthouse. Like I’m walking around Soho with a stick of dynamite in my Louis Vuitton purse—not! Now, my besties and I are in jail.

Officer Ford Gotti, the Harley-wheelin’ biker cop who arrested us, keeps sticking his perfectly-sculpted nose into my case. His inked body is jacked like a superhero, and he says I can trust him. He wants me to fess up. I won’t. Not again. Why should I? My friends and I had a previous stint in juvie that nearly destroyed us. I gotta protect them and keep my mouth shut. Right?
—Lex Easton, women’s studies major, motorcycle enthusiast, and virgin.

The Undergrad Years is a New Adult contemporary miniseries about first loves, independence, and everlasting friendships. 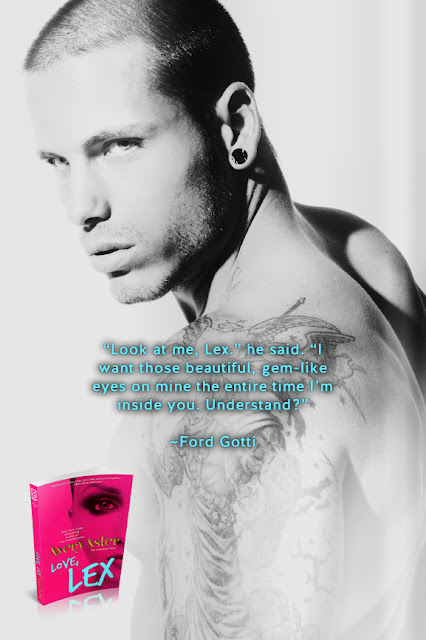 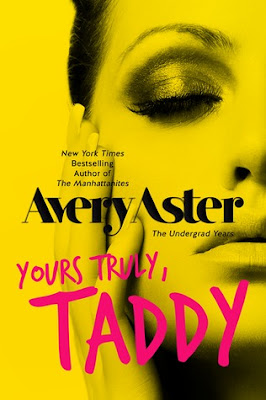 Yours Truly, Taddy
(The Undergrad Years #2)
(Invitation to Eden)

Jetting to Martinique for a modeling assignment with three of Europe’s hottest magazine photographers—Gustave, Fabian, and Leon—should’ve been easy, breezy beautiful. Never did I expect to look up and see a hole in the ceiling of our plane that was bigger in size than my Birkin bag.

Shit! We’re nose-diving toward Eden Island. I pictured how my New York Times obituary might read when I’m gone, “Taddy Brill, Manhattanite, dethroned descendant of the Austrian House of Brillford royalty, dies at age eighteen, penniless, unloved, and a virgin.” I swear this crap only happens to me. Suddenly, Leon pulls me with Fabian and Gustave. Adrenaline racing through me, our bodies clung as one. We prepared to…crash. 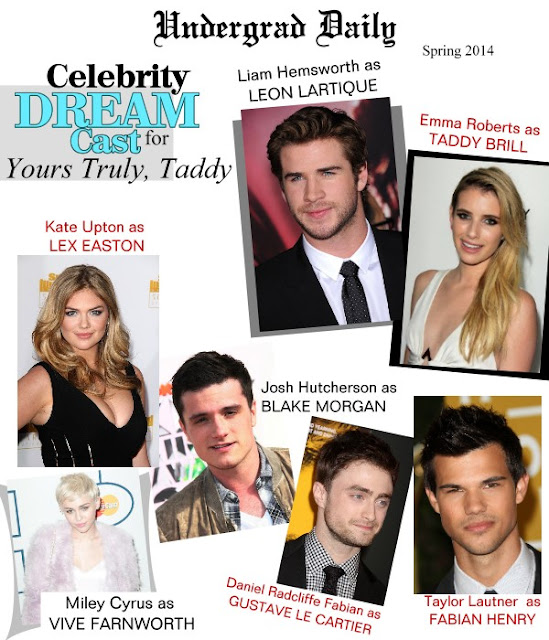 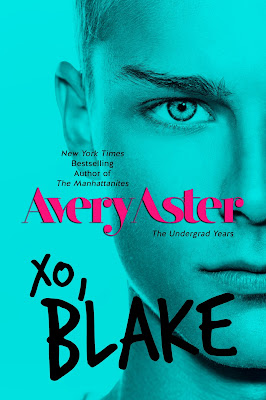 If you think my besties Lex, Taddy, and Vive have had some bad luck earlier this year, cut to me at Glamorama. Last thing I remembered was dancing with Diego and Miguel from my English class, when the room started… spinning. And not in a good way! We got sick. Think Regan in The Exorcist. Taddy was rushed to the hospital. Holding on for dear life, I was carried out by the boys and taken back to their dorm.

Now I’m waking up in Diego’s bed and Miguel keeps staring at me from across the room. I’ve wanted to get into these dudes’ pants since the first day of class. But Diego told me he likes to be tied up and—wait for it—spanked. WTF! The news on TV reports that last night we all got roofied. And Vive just texted me saying that someone is out to kill her. Could this semester get any more bizarre? -–Blake Morgan, college freshman, gay best friend, virgin

His muscular arms came wide. He peeled off his cotton tank, revealing his gorgeous chest. Perfectly sculpted. His nipples, like two blackberries, stared back at me, persuading to be tasted, sucked, and played with.

“Lick my pecs, guapo,” he panted, grabbing on to my face, pulling my lips onto his flesh. “They’re sensitive. My nips go straight to my dick. You touch them and I get hard. Sí.”

Such knowledge could be perilous. He struck a vibrant chord in me…

I stuck my tongue out a bit and licked, once, twice. My teeth caught on the edge of his right nipple as I gave it a slight tug. His tormented groan was a heady invitation to keep going. And so I grazed my tongue across his smooth chest and continued the licking, biting playfully on his other pec. His body shivered in my arms. I liked how vulnerable he was becoming. There was something alluring about the man, being so muscular and masculine, and yet willing to let me have my way with him.

I had no power over all the crazy shit going on in my life. But in Diego’s bed, I had a sense of control. I needed that. If only for one night. It felt new and different to me, and I intended to enjoy every minute.

He pulled my shirt up. Holding onto his shoulders, I stood. With a projected energy and power which attracted me to him, he yanked my pants and then my underwear down.

Being naked in front of him, I didn’t feel as vulnerable as I thought I would. If anything, my excitement only continued to climb.

“Ah-huh,” I replied in a husky whisper.

Hard, my shaft thickened in his hands. The way he manhandled me felt hot, too. His palms were callus and rough but with my dick, he was almost gentle. He rubbed the bare skin, admiring the mushroom head of my penis.

Staring up at me, his chest rose as he moaned, “I’m going to get your cock nice and wet. Then you’re going…to tie me up.”

“Start sucking, papi,” I said in a throaty voice and lost myself in his mouth. Getting more turned on by the second as he gave me oral pleasure, becoming sensitive to his every touch, my nipples tightened.

I didn’t know who I was or what the frick I was doing. It was as if I was having an out-of-body experience. I was no longer Blake Morgan III, Fairfield native, Avon Porter graduate, and Columbia University student.

I was guapo, the raging dominant and soon-to-be top aficionado of all things ass.

Tugging at my balls, his head jerked back and forth. Getting into a rhythm, he rotated his attention from the tip of my dick to my shaft.

Waves of pleasure throbbed through me. The warmth of his hot flesh was amazing.

He reached for the rope from the nightstand and instructed in sweet agony, “Tie me up.” And spread out on his back.

Climbing on top of him, I placed his hands near the headrest. Taking his right hand in mine, I recalled my good ‘ol Boy Scout days of knots and wrapped the blue rope once, twice, around his wrist. Then I pulled his arm up a bit. 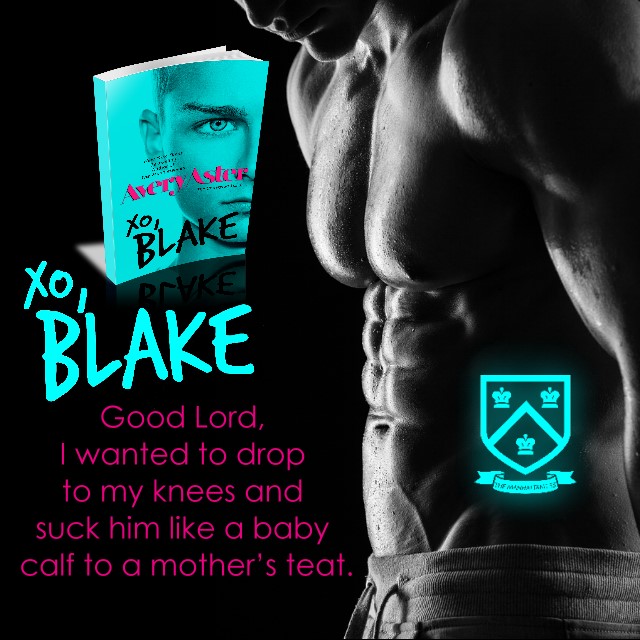 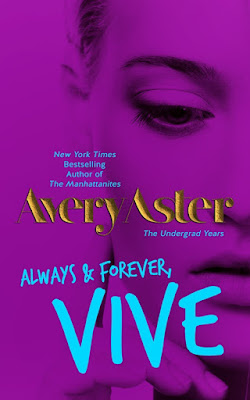 “Help! I need help. My name is Viveca Farnworth. I’m in a high-rise on the Upper West Side. My friends, Lex, Taddy, Blake, and I are being held hostage by a lunatic with a gun.” I choked back a cry as the voice on the other line asked who’d abducted us. I swear on my Chanel handbag collection I’ve got the worst flippin’ luck ever! “It’s a fellow student…that I’ve been…dating,” I replied. Shit! He’s coming back. Hanging up, I slipped the cellphone in my pocket. He doesn’t know I have it.

With a body that’s ripped in all the right places, utterly gorgeous, and so freakin’ charming, I glared at him—part in fear, part in some freaky-deaky state of arousal. I couldn’t believe I’d fallen for this psycho. The sex had been so hot. Everything had been so perfect between us. I loved him. And now, he wants me and my Manhattanites…dead? But why? And what can I do to stop him?


New York Times, USA Today bestselling author Avery Aster pens The Manhattanites, a modern romance series of juicy melodramas multilayered on love, friendship, scandal, and drama to the hilt. As a resident of New York’s Upper East Side and a graduate from New York University, Avery gives readers an inside look at the city’s glitzy nightlife, socialite sexcapades and tall tales of the über-rich and ultra-famous. “I write about what I see in my metropolis that never sleeps–beautiful people on the quest for a passionate thrill,” Avery says. By and large, Avery’s characters are ripped straight from the headlines, speak their minds and always get what they want.


The Manhattanites is for fans who miss TV shows like Sex & The City or watch Girls (HBO), Revenge (ABC), and The Bold & the Beautiful (CBS) . Avery’s characters are over the top. They have cray-cray fun, speak their minds and always get what they want. Each novel may be read as a stand alone.