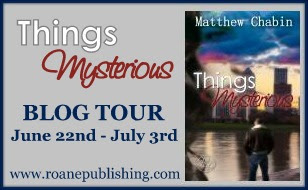 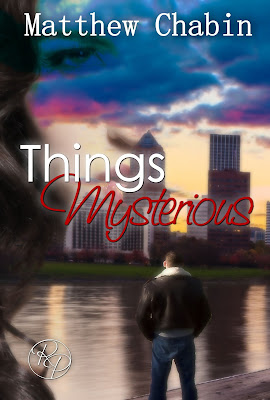 Dasan Garret is a disappointed man. Recently divorced and just returned from a traumatic tour of duty in Iraq, he moves back to his hometown of Portland, Oregon only to find himself unexpectedly alone. His old friends are all gone, moved away, locked up, or dead. Women seem to occupy a parallel universe. With no community and few prospects, he takes a job as a night watchman and withdraws ever deeper into the shadows of his mind. Until one day when he meets Edenia, and she lights up his world like a bolt of pure energy. She seems perfect: vibrant, gifted, kind, sexy, a sudden and unlooked-for reprieve from the sad ruin of his life. And yet there remains a nagging sense that something isn’t right. Could it be that he is merely slow to trust the happiness she offers him? Or is there something behind that waver in her laugh, that fleeting look of sadness in her eyes?

The mystery deepens when one day Edenia disappears. Dasan believes he must find her in order to go on living. But to find her again, he will have to confront a devastating truth about her life, and his.

He got out, scribbled the time in his notebook and headed for the stairs. As he unlocked the door, he felt the key dig into his finger and smiled, remembering how her teeth had felt, her lips…

The radio clipped to the breast of his jacket gave a peal of feedback that echoed in the stairwell and rang in his ear.

Like having a goddamn parrot on his shoulder. One of these days he was just going to pitch it, badge and flashlight too, job be fucked. Probably not tonight, though.

Dasan gained the landing and opened the last two doors and emerged into a chill night. He stepped around and over the puddles of standing water and came to the rail, slapping it lightly with his palms. The sky above was clear, the moon a blinding, oblong pearl. There was frost on the rail under his fingers, melting to his touch.

He lifted up his arms to the city and walked in a slow circle, offering his glory to every far-flung region of the earth and felt a great enthusiasm come upon him and lift his spirits. He’d survived an ill-conceived war, an ill-conceived marriage, and come again to be the master of his own destiny in his own land. He had somehow wound up with the best girlfriend in the whole wide goddamn universe, even if she was a little slow to make with the sex. He could wait. It was cool. Edee was worth it.

What could possibly be wrong with his life?

Matthew Chabin was born in Santa Fe, New Mexico and grew up in Portland, Oregon. He served four years in the US Navy as a ship crewman, journalist and public affairs liaison. He studied literature and philosophy at Southern Oregon University. After graduating in 2010, he started teaching English abroad, working in the Czech Republic and volunteering with the Dalai Lama’s affiliate organization, Tibet Charity, in Dharamsala/Mcleod Ganj, India. He currently lives in Nagano Prefecture of Japan with his wife, Marie, and cat, Futa.

His work has appeared in Gravel: A Literary Journal, Southern Pacific Review, Piker Press, and Black Denim. He is the author of a memoir, Equaling Heaven, which he hopes to see published in the near future.