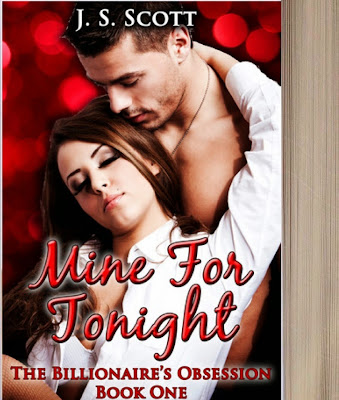 Down on her luck, nursing student and full-time waitress Kara Foster gets a massive blow to her already desperate financial situation that will surely find her living on the streets. Needing nothing less than a miracle to save her, Kara gets rescue from an unknown, unlikely and overwhelming source. Billionaire Simon Hudson makes her an offer that is impossible to refuse, but terrifying to accept from a man that she's never met. Will the handsome, alpha bil-lionaire really be a solution to her problems, or will he end up being a major complication and a danger to her emotional sanity?

Reclusive billionaire Simon Hudson would rather be behind a computer creating computer games than rubbing elbows with the elite and he knows exactly what he wants...until he meets Kara Foster. Something about Kara touches Simon in ways he's never ex-perienced and definitely doesn't like. For over a year, Simon watches over Kara, but stubbornly refuses to admit his desire to possess her, not even to himself. But when she ends up in a situation that could very well be her destruction, Simon steps up to help her, not realizing that in saving Kara, he might very well be salvaging his own soul.


"Mine For Tonight" is book one of "The Billionaire's Obsession".
Books in this trilogy do not stand alone and need to be read in order.


This is a steamy romance and is not intended for YA readers. It contains steamy love scenes, explicit language and adult emotion not appropriate for YA read-ers. 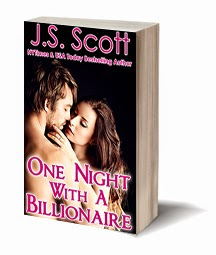 My name is Hope Sinclair, and I’m a liar. I’ve deceived everyone, in-cluding my own brothers, in an effort to hide what I do and who I really am. It’s not that I don’t want to be honest, but I really have no choice.

I thought I was strong, that I was doing fine, until I saw Jason Sutherland last New Year’s Eve, and he stripped me bare in more ways than one. Jason is everything I want, but a man I can never have. We’ve known each other most of our lives, but I’ve avoided him since I turned eighteen because I know he’s dangerous to me, to my façade.

Turns out…I was right. After our night together last New Year’s Eve, I haven’t been able to forget him, or the way he set my body on fire. I crave Jason like an addictive drug now, that fateful night haunting me still.

Is my One Night With a Billionaire going to be my downfall…or my sal-vation?


**This is a prequel novella to Billionaire Unmasked, Jason and Hope’s book in The Billionaire’s Obsession series.** 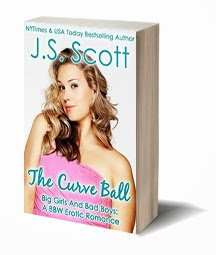 When Maggie Jones lets her best friend talk her into attending the an-nual charity mystery single's ball to help her friend out of a jam, she never imagined she would end up paired with the most handsome, eligible man at the ball. Unfortunately, he was also the man that she had secretly adored for over a year. What chance did an overweight pastry chef have with a hunk like Jake Rawlins?

Jake Rawlins wants Maggie Jones, but he can't get her to take his ad-vances seriously. He's been hinting around for a year. Now he's ready to take drastic measures to get Maggie to notice him.

Will Maggie realize that her Prince Charming has finally arrived at the ball, or will she miss out on having a man who truly wants her exactly the way she is just because of her insecurities?

18+ Only.
This story contains graphic sex, graphic language and other subjects for mature audiences only. 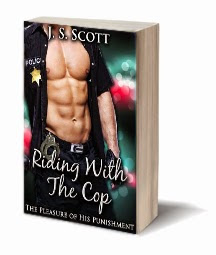 Lilly Thompson just wanted to get her ride along time with Sergeant Jake Simmons over and done. She needed to complete three shifts with the Sheriff's Department to complete her internship for school. Just when she thought she was finished, she makes a stupid mistake in the last moments of her time spent with Jake. If he doesn't give her a good report, she fails her internship. When he tells her he can't give her the report she wants because of her mistake she begs, pleads and is willing to do anything to correct the mistake. But there's only one way Jake will relent and give her a good report, and it involves handcuffs and naked bodies. Lilly wonders how far Jake will go with his punishment. Little does she know that Jake plans to take it all the way and then some! How long can Lilly resist his dark passion? Will she turn and run...or will she submit to the deepest pleasure she has ever known?

This story is a part of ''The Pleasure Of His Punishment :The Complete Collection '' 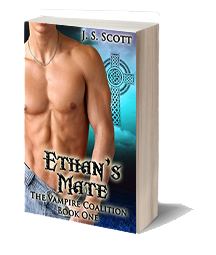 Ethan Hale is a vampire with a mission. Together with his three brothers and a few other unmated members, he fights with The Vampire Coalition to protect humans from fallen vampires. His life is fairly simple. If he has a problem...he solves it. If it's an evil problem...he kills it. But his uncomplicated life is about to end when his mate unexpectedly calls him to her.

Brianna Cole is weak, her life force fading away. She thinks she is suf-fering from a rare form of leukemia. Little does she knows that her illness is much more complicat-ed. She's dying because she has not united with her vampire mate and given him his soul that she has been guarding since birth.

Ethan finds Brianna and knows he needs to convince her to mate or watch her die. He's waited for her for five hundred years and he has no intention of letting her go, but she is not in any shape for the dominate, volatile mating ceremony with a vampire. He will have to win the race against time to strengthen Brianna and a battle with a stalking fallen to claim his mate. He is also at war with his mating instincts that make him burn to dominate and conquer her. But Ethan is determined, and the stubborn vampire will do whatever is necessary to possess his soul bonded mate...forever.


Not Intended For YA readers - This book contains graphic sex, graphic language, rough sex, domination, bondage and other subjects that are intended for adults only. 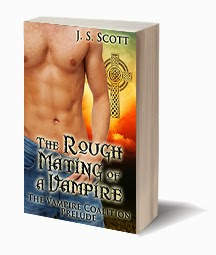 Adare Connor is a vampire, the oldest of his kind to ever find his mate. Kristin Sparks, a human, owns his soul. (literally) In a rough, wild and volatile mating, Kristin will return his soul to him, making them bonded mates. Adare knows that the mating will bring out every carnal, possessive and dominant instinct he has. It's the nature of vampire matings. Will his destined mate be able to withstand the rough mating with a vampire of his age and power, or will it crush the love she has for him? Come along to the mating ceremony and find out in "The Rough Mating Of A Vampire" and see if Adare And Kristin get their HEA.


18+ ONLY
This short story contains graphic sex, graphic language, rough sex, restraints, spanking and other subjects meant for adults only. 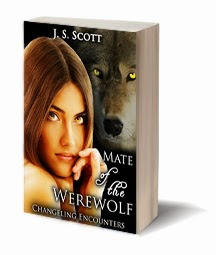 Grace Marin was a veterinarian with a mission. She needed to raise and keep enough funds for her wildlife sanctuary. When she meets her biggest donor at a fund-raiser...her world is turned upside down. After a passionate and wild encounter in a bathroom...he drops a bomb. He's a wolf changeling and she is his mate. Unless she agrees to his terms and ma-tes with him...he will pull her funding. The proof of his claim becomes indisputable, but Grace is torn. She is drawn to him...but can't give in to his blackmail. He's a dominating alpha with an attitude and she's a stubborn woman. But her wildlife refuge means everything to her. Can these two destined mates negotiate terms that will satisfy them both?


18+ Only
This is a short romantic erotica with very explicit sex, graphic sex, graphic language, rough sex, spanking and other subjects for mature audiences only.