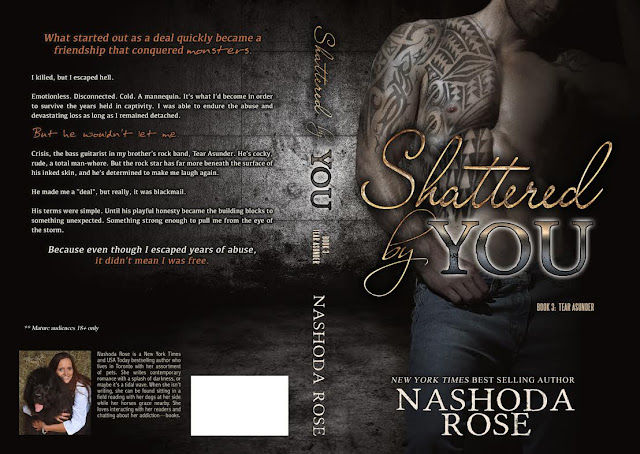 Add  SHATTERED BY YOU (Crisis’ story)
to your TBR
**Stand-alone** 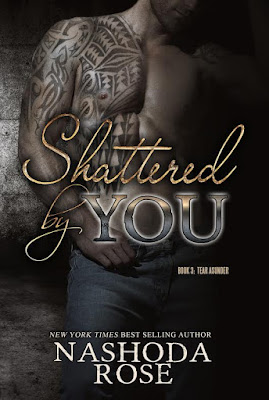 What started out as a deal quickly became a friendship that conquered monsters.

I killed, but I escaped hell.

Emotionless. Disconnected. Cold. A mannequin. It’s what I’d become in order to survive the years held in captivity. I was able to endure the abuse and devastating loss as long as I remained detached.

But he wouldn't let me.

Crisis, the bass guitarist in my brother’s rock band, Tear Asunder. He’s cocky, rude, a total man-whore. But the rock star has far more beneath the surface of his inked skin, and he’s determined to make me laugh again.

He made me a "deal", but really, it was blackmail.

His terms were simple. Until his playful honesty became the building blocks to something unexpected. Something strong enough to pull me from the eye of the storm.

Because even though I escaped years of abuse, it didn’t mean I was free.

Warning: Shattered by You contains dark elements. If you are uncomfortable with harsh language and/or disturbing scenes, then this book might not be for you. Trigger warning for drug use.

Shattered by You is written as a standalone, however, it is recommended you read Book 1 and 2 in the Tear Asunder series.

This is a Contemporary Romance. 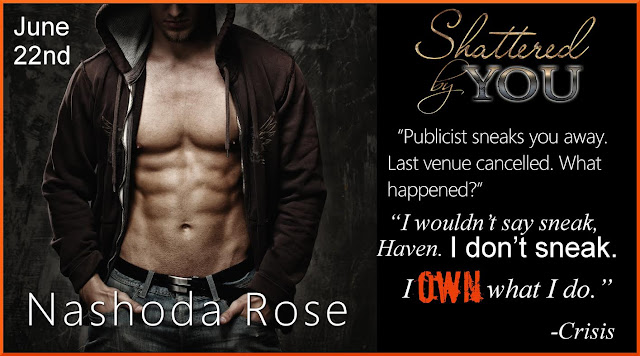 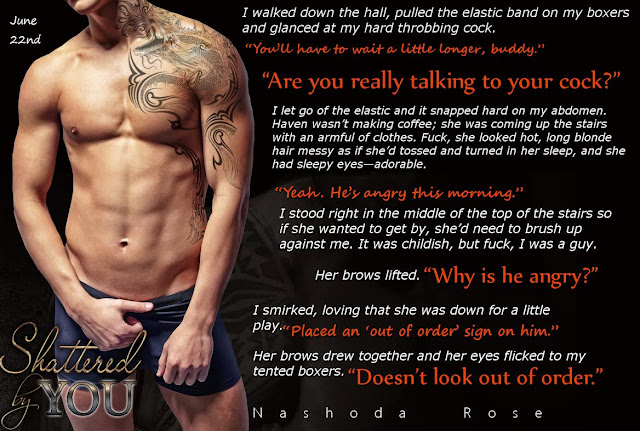 About the Author
Nashoda Rose 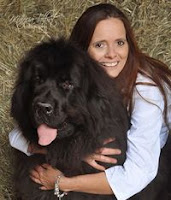 Nashoda Rose is a New York Times and USA Today bestselling author who lives in Toronto with her assortment of pets. She writes contemporary romance with a splash of darkness, or maybe it’s a tidal wave.

When she isn't writing, she can be found sitting in a field reading with her dogs at her side while her horses graze nearby. She loves interacting with her readers and chatting about her addiction—books. 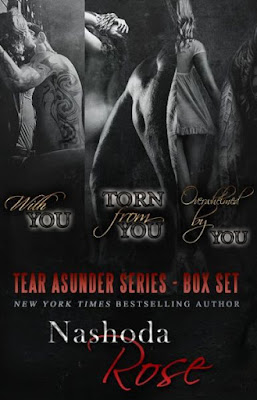