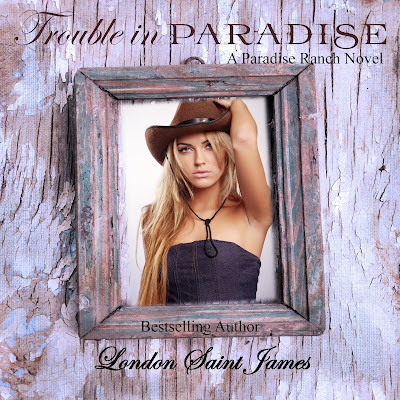 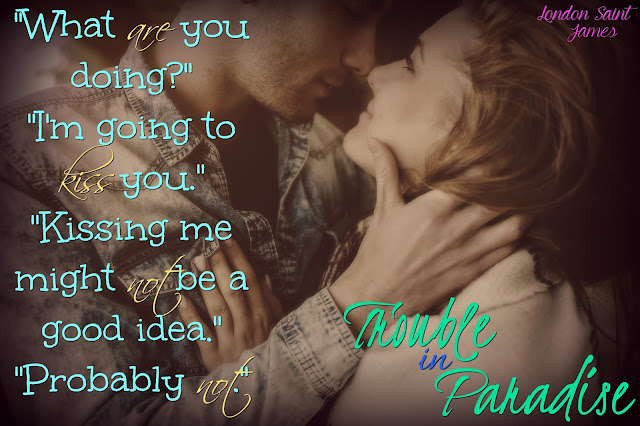 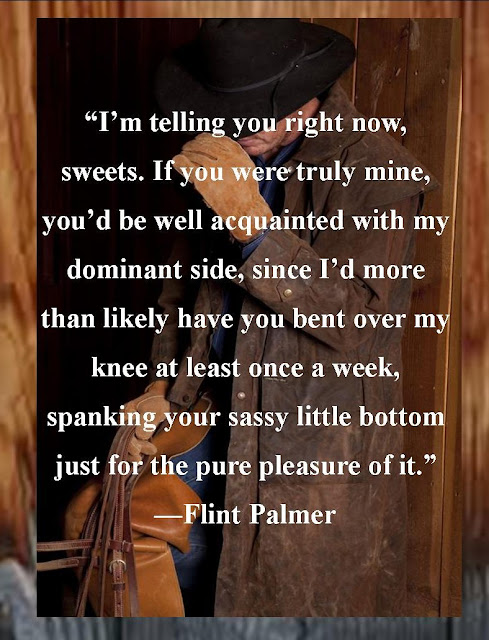 What to readers have to say about Trouble in Paradise?


5 sexy stars!! Whoo I may need to be hosed down after reading this sexy, sexy book!! Melissa –Amazon

Whoo! What a twisting turning, one hell of a cliff hanger, roller coaster ride that was. Cutting Muse Blog Review 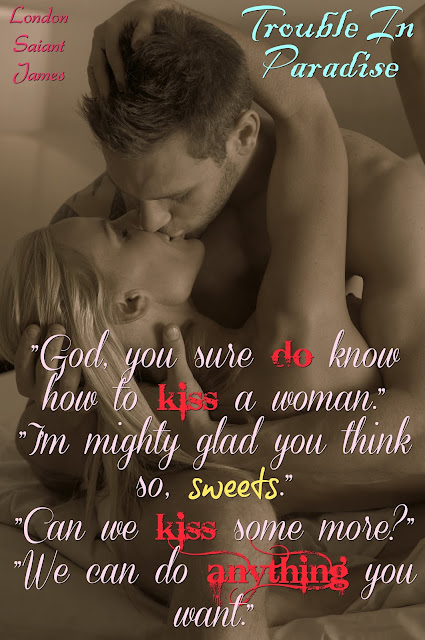 How about a swoon worthy moment from Trouble in Paradise

This scene is after Sutton has decided to go out and have some fun for a change. Blow off some steam. One of the things she really wanted to do was dance, but she has a run-in with an asshat at the bar. Her ranch foreman intervenes on her behalf. So, her night was cut short when Flint takes her home.

Sutton should have expected the man would want to be chivalrous in his bossy way.

“I never got to dance,” she uttered.

“Tonight,” she said, head swiveling to look at him. “I never got to dance.”

Flint hopped out of his pickup, came around to her side, opened the door, waiting for her to undo the seat belt and gave her a hand.

When her boots where on the ground, his gravelly voice came to her with, “Let’s dance.”

Sutton watched him as he stretched himself inside his still running truck, and over the seat, reaching the knob on the radio. Flint turned it on and up.

The DJ’s voice echoed into the night. “…going back in time with the Cowboy Junkies and Sweet Jane.”

When the sultry song began, Flint was in front of her, tugging her away from the open truck door and pulling Sutton into his strong arms.

She glanced up into his handsome, partially shadowed face. “Maybe this isn’t a good idea.”

“Probably not,” he agreed.

Four thoughts struck simultaneously. First, the large palm slipping down the material of her sundress, slowly following the line of her spine, and coming to rest just shy of the legal limit above her ass—possessed her. Second, whatever type of cologne Flint was wearing smelled good enough to lick from his skin. Third, the man could dance. And fourth, no way could she ever forget this.

With a breath, Sutton melted into Flint, cheek resting on his steel-hard chest, her right hand in his, her left arm around his taut waist. Soon, she was losing herself in the rhythm of their bodies as they swayed together beneath a velvet-black sky filled with a million pin-pricks of sparkling light. 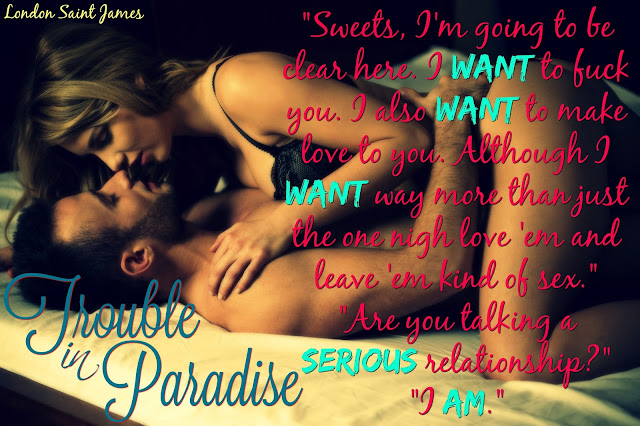 London Saint James has lived in many places, but never felt “at home” until she met the real-life man of her dreams and settled down in the beautiful Smoky Mountains of Tennessee. London lives with her husband and their fat cat who thinks he owns them.

As an award-winning, bestselling, multi-published author, London is living her childhood dream. She knew all the scribbling she did, that big imagination of hers, and all those clamoring characters running around in her head would pay off someday. 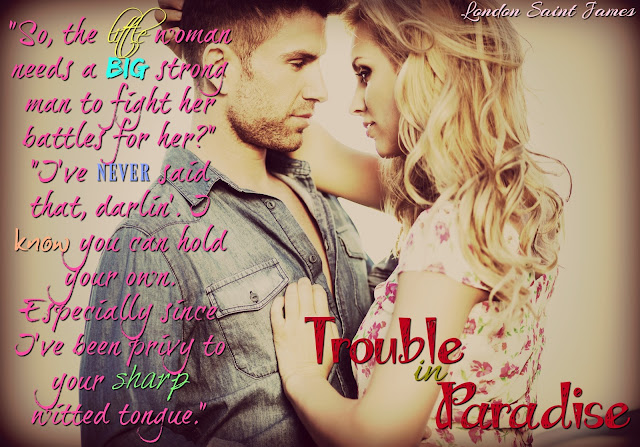