New to the Big Apple, the last thing Lexie Bloom needs is to fall for two guys at once. Especially when she cant have either. One is her personal trainer, an Adonis way out of her league. The other? A Brit Lit professor her svelte boss insists she woo for hervia text message, no less. Little does she know, the two are the same man

Matthew Hennessey is intrigued by his shy new client at the gym. But before he gets the chance to ask her out, he discovers shes the one crafting the flirty texts sent to him by a woman who wouldnt know Lord Byron from Lady Gaga. To get to know her better, he allows Lexie to play her role. She may have given up on the idea of romance, but Matthews bound and determined to show her love is alive and well in New York City. 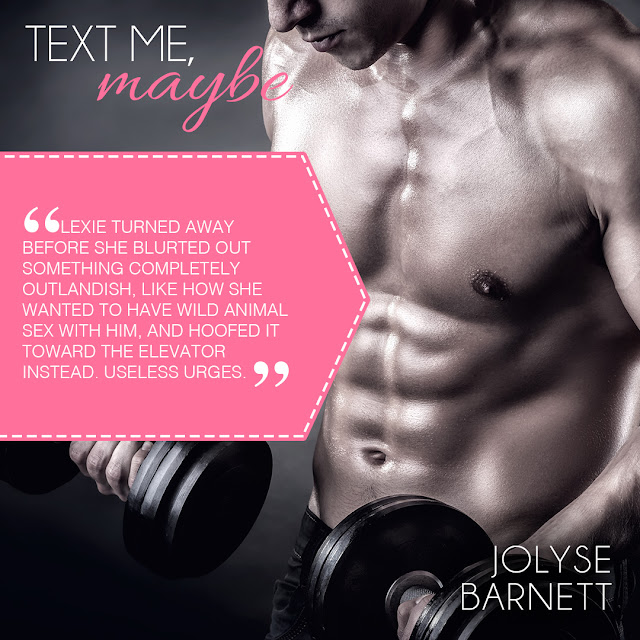 His gaze fell to her mouth as he grazed a work-roughened thumb across her bottom lip. Ive waited so long, eons before we met.

You are a poet, she whispered, her heart filled with awe.

His eyes hooded, he rolled her over, pinning her beneath his delicious length, and she surrendered to his kiss, grabbing his hair and locking him to her. Then she gave it all back and more, her mouth moving against his, telling him all she wanted him to do with her tongue. I want you so much, she breathed against his mouth, tilting her hips up.

He lifted his weight off her.

Racy thoughts of him sliding and sinking inside her, deep and full, punctuated by the real-time yank of his belt and rasp of his zipper somewhere in the darkness beside her bed had her jumping up in an impromptu competition to dress the floor with her clothes, too. Shed wiggled out of her boots and jeans when she glimpsed him stealing around behind the sofa bed. Whatre you doing?

With a soft whooshing sound, the curtains parted, and the glow of streetlights shone across the room in pale, revealing stripes.

Oh, I see. She grinned, unable to take her eyes off his framelip-smackingly nude except for his sexy silk boxers in black. Going camping?

Lot of tent raising in recent weeks, and all because of you, he mused. He moved toward her and lifted a hand as if to caress her face, but then stopped. Maybe thats why.

He scrubbed his jaw and sank onto the bed. Theres something important I have to tell you.

Uh, no. He didnt. She just wanted this moment. Are you married? Living with someone?

No! She sank onto the bed beside him. Gay?

I wouldnt be here if I were.

Then whatever it is can wait. Ive wanted you for three long weeks, too, and I refuse to wait any longer. She ran a hand along his bare thigh.

Youre too much, Lexie Bloom. Turning toward her, he laughed softly and pushed her gently onto her back.

She bit back a moan of pleasure when he slid up and over her, straddling her like shed done him, her system on happiness overload as he leaned forward, his length pressed intimately against her abdomen.

He fondled her through the silk of her bra, caressing and rubbing, then, as if unwrapping a gift meant just for him, he lifted her breasts from their confines. So beautiful, he rasped. Dipping his head, he took one breast in his mouth, his tongue laving and circling, his lips pulling and sucking, his hands squeezing and molding. He went from one to the other, as if he couldnt get enough of either. 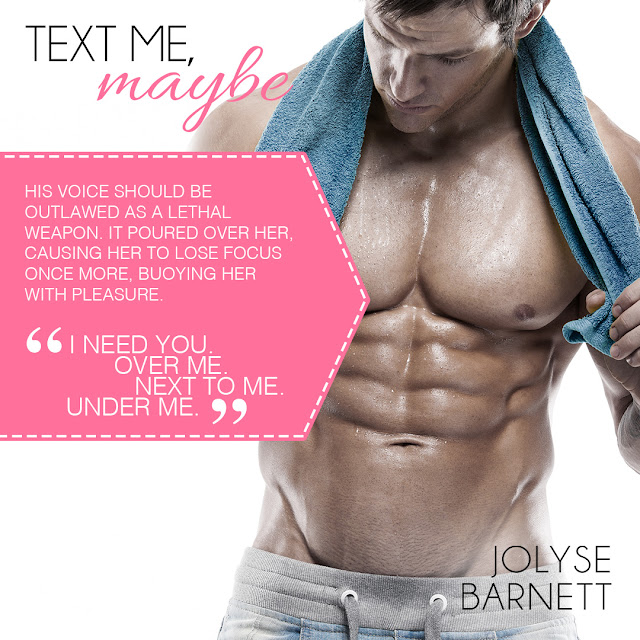 Jolyse Barnett is a country girl living her happily-ever-after in suburbia with her real-life, hunky hero, two offspring aptly nicknamed Thing One and Thing Two, and a cuddly cat that sleeps 23-7. When shes not tapping away at the keyboard or with her nose in a book, Jolyse can usually be found in her backyard dreaming about tropical escapes. 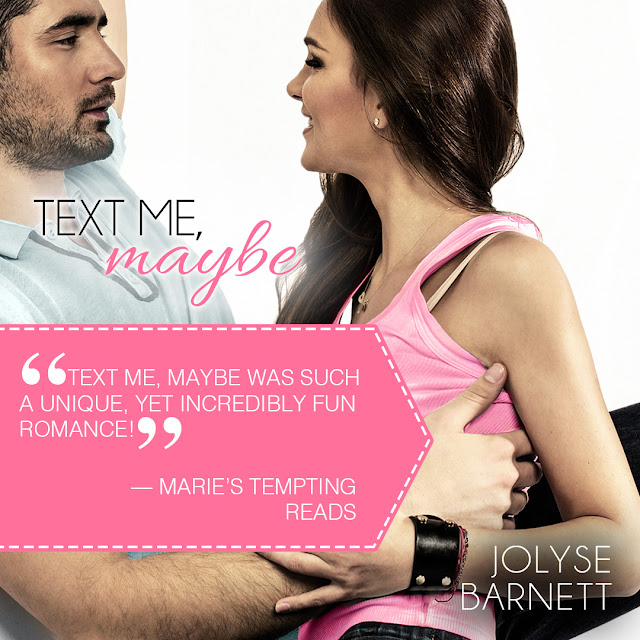