Kellan James is unwinding at Score when he spots the last person he’d ever expect to find in his favorite bar. Sara Connelly—ER nurse, do-gooder, charitable crusader, and frequent pain in his ass. Both grew up privileged in swanky Southampton, but that’s where the similarities end. Kellan’s made it his mission to seek out life’s pleasures; Sara gains pleasure from lecturing him on his lifestyle. Kellan would never date someone like her. Ever.

But when Kellan discovers Sara’s been stood-up by an online date, something fierce and protective awakens inside of him. Typically, Kellan would enjoy teasing the jilted Sara, but something in her face sends him over to her table with a plan. He encourages her to take a walk on the wild side, one weekend of sin, no holds barred.

She accepts, but it quickly becomes apparent that one night isn’t enough. As the pull between them grows stronger, Kellan discovers it’s a very dangerous thing to say never.

She tilted her head curiously. “What?”

She frowned, confused. “Really. And I suppose you’re going to enlighten me?” She glanced around the room. “Which Prince Charming have I overlooked?”

She laughed. Loudly. Kellan didn’t take offense. If someone had told him he’d be propositioning Sara tonight, he would have told them to fuck off. Kellan prided himself on his his role as Mr. Right Now. And even though she said she was looking for something like that tonight, Sara was ultimately searching for forever. That wasn’t him.

Plus, there wasn’t a doubt in his mind that Sara had never indulged in anything more scandalous than doggy style. But that didn’t mean she didn’t want to. It just meant David was a bigger ass than Kellan had realized.

When Kellan didn’t crack a smile, she sobered up, looking at him curiously. “That was a joke, right?”

He shook his head.

She opened her mouth to tell him all the reasons why what he was suggesting was wrong. He wasn’t interested in hearing them.

“My offer is sincere. And before you launch into that grocery list of excuses why we shouldn’t sleep together, I want you to consider the reasons why we should.”

Sara invited him to continue, with a crooked grin that told him she had zero expectation of him changing her mind. “I’ll admit I can’t think of one reason why this is a good idea, so color me curious. Why do you think we should have sex with each other?”

“Because, despite your assertions that you’re interested in a one-night stand with a stranger, I know you better than that. You won’t cut loose, won’t indulge in all those kinky, wild things you’re dreaming of with a man you don’t trust. And, the truth is, you shouldn’t. It’s not safe.”

She bit her lower lip, her expression telling him he’d hit the mark.

“You trust me.” It wasn’t a question that needed to be asked.

“I’m more than able to give you what you want, Sara.”

He narrowed his eyes angrily. He’d let her sucker punch him before because she’d been hurt, but that didn’t mean he’d continue to be her whipping boy. “Sara—”

She raised her hands. “I’m sorry. God. What a hateful thing to say.” Sara rubbed her forehead, weariness laced with depression coloring the action.

Kellan reached out and grasped one of her hands in his. “It’s okay. I know what you meant.”

She didn’t try to pull away from him. “You’re my boss.”

He chuckled. “I’ve never noticed that stopping you from doing whatever you want anyway.”

She was his biggest adversary at work, the two of them continually butting heads.

Maybe starting this had been a mistake, but he wasn’t taking the offer back. Now that he’d spoken the words aloud, he wanted Sara with a need that was painful in its intensity.

Once she said it, he understood that was probably the biggest—maybe the only—thing holding her back from what he was suggesting, which was smart on her part.

Regardless, he wasn’t backing down.

“For the first time in our lives, we want the same thing. You want a one-night stand, and I want to have it with you. You want to explore your wild side, and I have the experience to guide you through those desires—safely. You don’t want a lifetime with me, and I have no intention of making a long-term commitment. Everything lines up. It’s fate.” 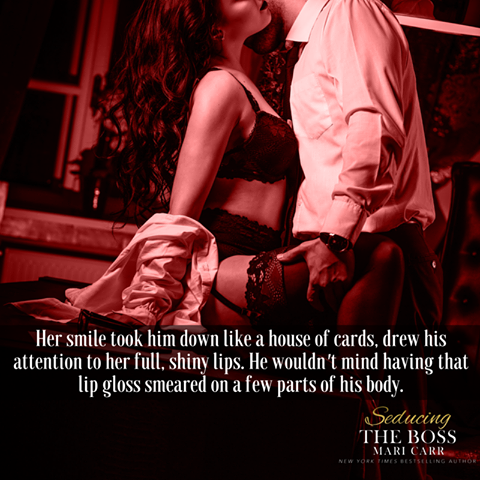 Writing a book was number one on Mari Carr’s bucket list and on her thirty-fourth birthday, she set out to see that goal achieved. Too many years later, her computer is jammed full of stories — novels, novellas, short stories and dead-ends and she has nearly eighty published works. 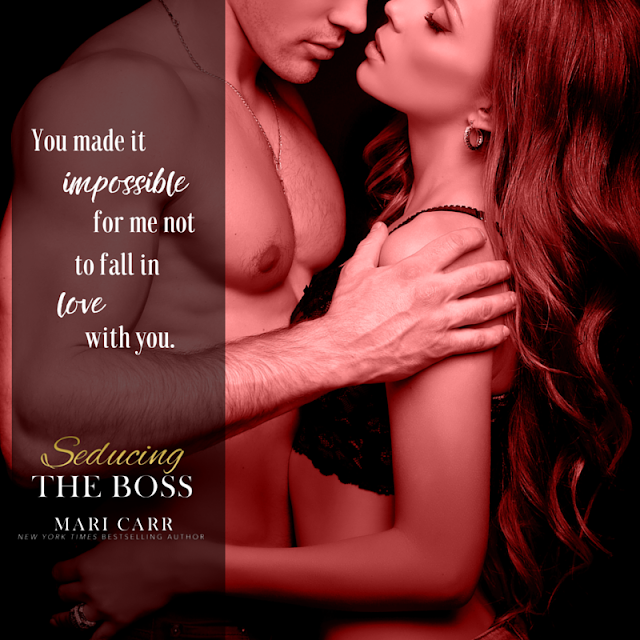