An Ambitious Bombshell is About to Bring the Kind of Wall Street to His Knees.

I keep my two worlds separate.

At work, I’m King of Wall Street. The heaviest hitters in Manhattan come to me to make money. They do whatever I say because I’m always right. I’m shrewd. Exacting. Some say ruthless.

At home, I’m a single dad trying to keep his fourteen year old daughter a kid for as long as possible. If my daughter does what I say, somewhere there’s a snowball surviving in hell. And nothing I say is ever right.

When Harper Jayne starts as a junior researcher at my firm, the barriers between my worlds begin to dissolve. She’s the most infuriating woman I’ve ever worked with.

I don’t like the way she bends over the photocopier—it makes my mouth water.

I hate the way she’s so eager to do a good job—it makes my dick twitch.

And I can’t stand the way she wears her hair up exposing her long neck. It makes me want to strip her naked, bend her over my desk and trail my tongue all over her body.

If my two worlds are going to collide, Harper Jayne will have to learn that I don't just rule the boardroom. I’m in charge of the bedroom, too. 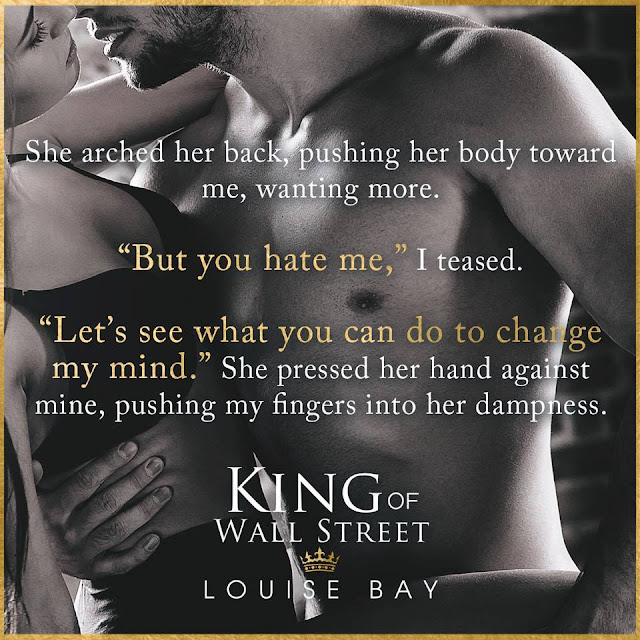 I’d been desperate to work for Max King since before I enrolled at business school. He was the power behind the throne of many of the Wall Street success stories in the last few years. King & Associates provided investment banks with critical research that helped their investment decisions. I liked the idea that there were a ton of flashy suits from investment banks shouting about how rich they were and the man who had made it happen was happy to go quietly about his business, just being amazing at what he did. Understated, determined, supremely successful—he was everything I wanted to be. When I got the offer during my final semester to be a junior researcher at King & Associates, I was thrilled, but I also felt an odd sense that the universe was simply unravelling how it should, as though it was simply the next step in my destiny.

Destiny could kiss my ass. My first six weeks in my new position had been nothing I’d expected. I’d assumed I’d be surrounded by ambitious, intelligent, well-dressed twenty and thirty somethings and I’d been right about that. And the clients we worked for—almost every investment bank in Manhattan—were phenomenal and lived up to every expectation I’d had. Max King, however, had turned out to be a huge letdown. The fact was, despite being crazy smart, respected by everyone on Wall Street, and looking as if he should have been on a poster on teenage me’s bedroom wall, he was . . .

He was as handsome in real life as he was in his picture on the cover of Forbes or any of the other publicity shots I’d clicked through as I stalked him during my MBA at Berkeley. One morning, I’d arrived super early, seen him in his running gear—sweaty, panting, Lycra clad. Thighs so strong they looked as if they might be made of marble. Broad shoulders; a strong Roman nose; dark-brown, glossy hair—the kind wasted on a man—and a year-round tan that screamed, I vacation four times a year. In the office he wore custom suits. Handmade suits fell a particular way on the shoulders that I recognized from the few meetings I’d had with my father. His face and body lived up to every expectation I’d had. Working with him, not so much. 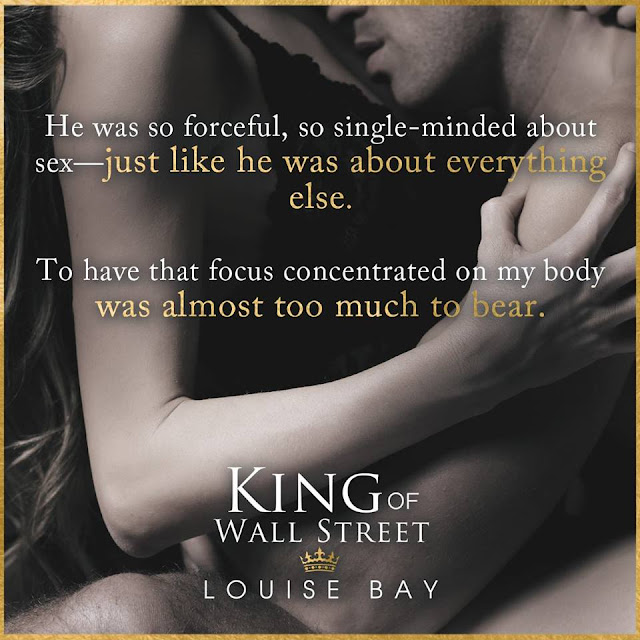 USA Today bestselling author, Louise Bay writes sexy, contemporary romance novels - the kind she likes to read. Her books include the novels Faithful and Hopeful and the novella series' The Empire State Series, What the Lightning Sees and Calling Me. The novels and together the series are stand-alone although there are some overlapping characters.

Louise loves the rain, the West Wing, London, days when she doesn't have to wear make-up, being on her own, being with friends, elephants and champagne.

She loves to hear from readers so get in touch! 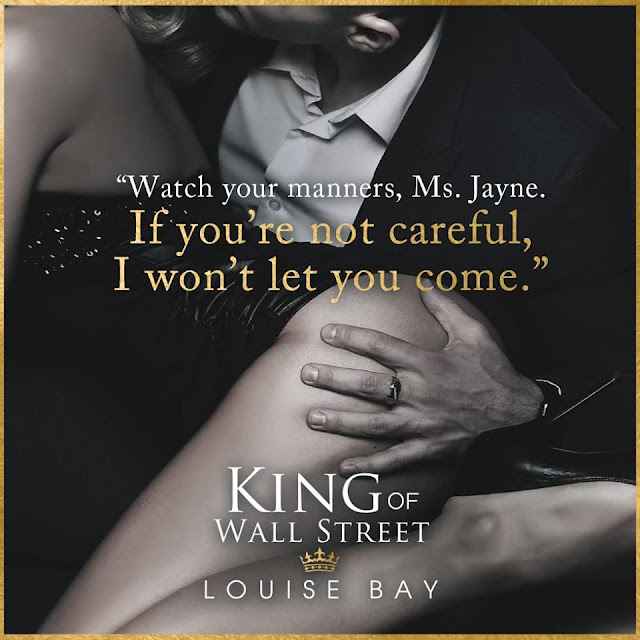