Olivia Lincoln has a plan guaranteed to get her life back on track. A plan that involves her best friend, Danny. And he’s on board, too…until she blurts out that they’re engaged and expecting a baby, and the news spreads like wildfire.

The problem? Danny doesn’t do marriage. Or family. And everyone knows it, including Olivia.

As irritated as he might be, protecting Olivia is what Danny does. But put best friends under one roof, add house rules begging to be broken, accidental nakedness, and pancakes in bed, and what started as a marriage between friends threatens to turn into the real deal…which would ruin everything. 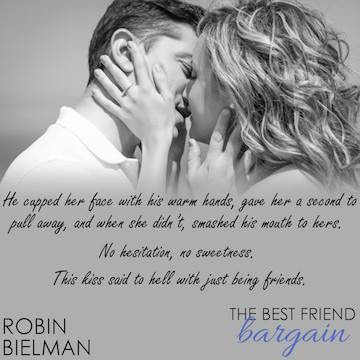 I haven't read the previous books in the series, this book is able to read as a standalone. This story was about Olivia and Danny, reuniting after some time spent apart. Olivia needs help with the predicament she finds herself in. Danny has been friends with Olivia for years and has always been there for her no matter what. They never crossed the line into romance, but now as they face a life with this new arrangement, fighting their feelings will only last so long.

This book is an enchanting love story about two people that share a connection that never be broken. Even when life throws them curve balls, they are still there for each other. They are sexy together and I love Danny's dirty mouth. Watching their relationship evolve is seductive and oh so cute.

I recommend this book for fans of friends-to-loves genre, it's not just a run of the mill story but a passionate love story that will leave you with smile and warmth in your heart. 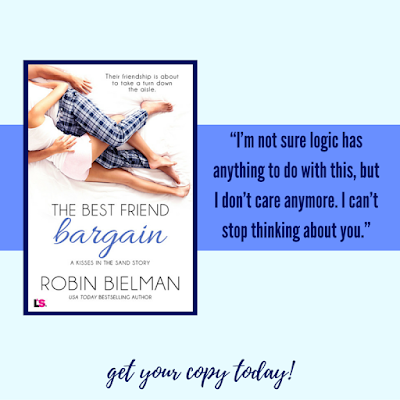 Don't Miss the Other Books in the Kisses in the Sand Series!

A temporary agreement neither could keep…

Brainy, organized Sophie Birch is no beach bunny. In fact, she’s totally out of her element among the sun-bronzed crowd at a film festival in beautiful White Strand Cove. When a surf lesson introduces her to Zane Hollander, suddenly she's up close and personal with the world's sexiest surf star. But what can a great-looking, experienced athlete possibly see in a klutzy out-of-towner who’s never set foot in the ocean?

Zane Hollander's playboy reputation has never been a problem…until recently. Now his management team wants him on his best behavior to entice a meaningful new sponsor. Sophie Birch is the perfect girl to help reform his image. She's genuine and respected—and their relationship is purely fictional. But the more Sophie blooms under the beachy sun, the more Zane knows he'll just break her heart. Because nothing's more important to Zane than following the tide. 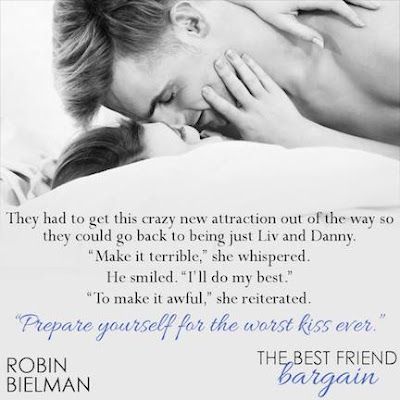 Blame It On the Kiss

The one guy she shouldn't want...

Honor Mitchell has lived with guilt and regret for a long time, so when she promises to do the things on her dying best friend's wish list, she's determined to follow through and do something right for a change. But when she's thrown together for wedding duties with the one man who complicates her vow--just by looking at him--she has to put her faith in Bryce Bishop's pledge to help her, no strings attached.

Bryce's near one-night stand with his ex-girlfriend's best friend a few months ago might have been a mistake, but helping the beautiful, free-spirited Honor with her promise isn't. His trust in women is shot, but he can't help but play his best man card to his advantage and help Honor tick off the items on his ex's list, even if it puts him in a no-win situation. Because his assistance might get Honor what she wants, but suddenly being the do-good guy puts his plans--and heart--in serious jeopardy. 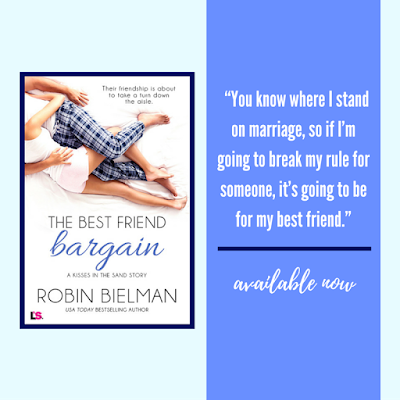 When not attached to her laptop, USA Today Bestselling Author Robin Bielman can almost always be found with her nose in a book. A California girl, the beach is her favorite place for fun and inspiration. Her fondness for swoon-worthy heroes who flirt and stumble upon the girl they can’t live without jumpstarts all of her story ideas.

She loves to go on adventures, and has skydived, scuba dived, parasailed, gotten lost in the wilderness (and only suffered a gazillion bug bites for it) hiked to waterfalls, and swam with dolphins. In her spare time she also likes to put her treadmill to good use while watching her favorite TV shows, take hikes with her hubby, indulge her sweet tooth, and play sock tug of war with her cute, but sometimes naughty dog, Harry.

She dreams of traveling to faraway places and loves to connect with readers. Keep in touch and sign up for her newsletter on her website. 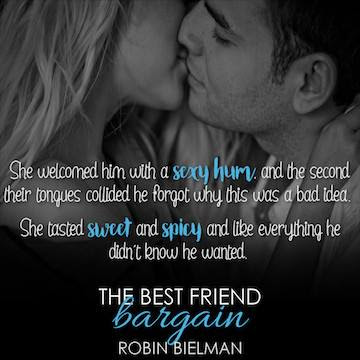