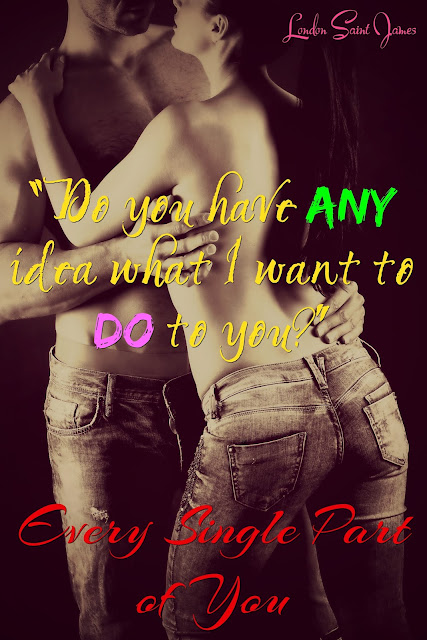 Our choices are rarely cut and dry. 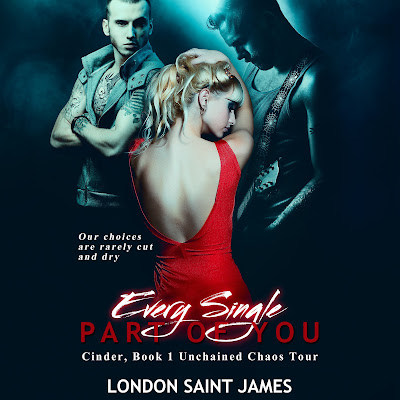 Sara: As the daughter of Senator and presidential hopeful Jentsen Holbrook, I spent a good deal of my life under public scrutiny. What I wore. Where I went. Who I dated. It was just the way of things. I’d become what was expected of me, until I ran from my obligations and woke up one morning in Cross de Raven’s and Eryk Hale’s world, two hot guitarists from the mega-famous metal band, Cinder. For the first time, freedom to be myself was within my reach. And along with that? Inevitable scandal.

Eryk: True beauty walked into my life, more beauty than I ever deserved. I partied hard. Rocked harder. I wasn’t good enough to touch Sara’s petal-soft skin, hold on tight, or love her, but regardless of my bad boy ways, no one was going to stop me from trying.

Cross: Sometimes, no matter how hard we fight for what we want, love won't save the day, and truth doesn't always set you free. Then again… Maybe, just maybe, when you find the one you’ve been searching for, love can find a way. 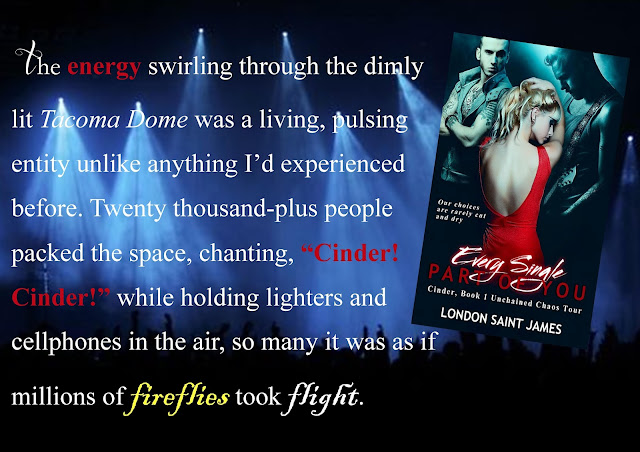 Enjoy Listening To An Audio Sample 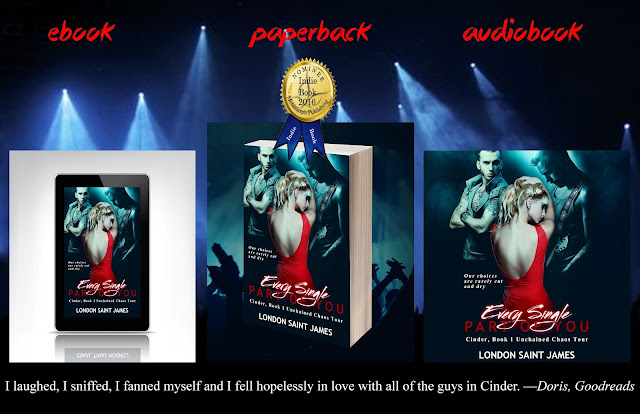 Buy The Book
Amazon US | UK
Audible US | UK
iTunes 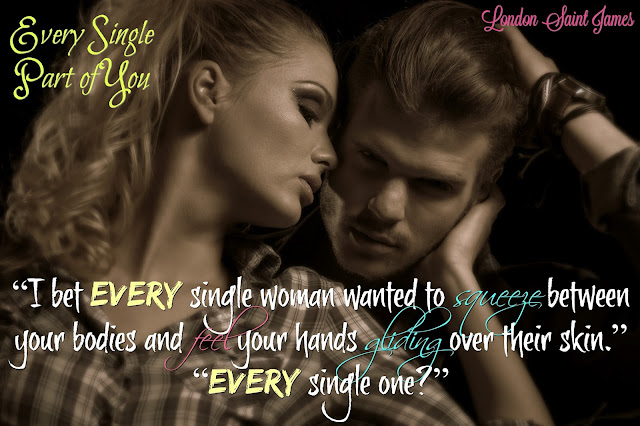 Holy cow. The energy swirling through the dimly lit Tacoma Dome was a living, pulsing entity unlike anything I’d experienced before. Twenty thousand-plus people packed the space, chanting, “Cinder! Cinder!” while holding lighters and cellphones in the air, so many it was as if millions of fireflies took flight.


Briar and I stood in the VIP section with our after party passes—the wide logoed bracelets on our wrists—completely surrounded by warm bodies. Our bellies were being pressed into the barrier separating us from the security personnel outlining the front of the stage. Cobalt blue laser lights danced and smoke rolled like fog, making the details of the stage hard to see, even from our close vantage point.


Leaning into me, Briar placed her forehead to mine and smiled wide. “Isn’t this fucking awesome?”


“You two going to slip each other the tongue?” some guy hollered from behind us.


Briar turned, giving him her signature hip cock—are you serious?—lift of brow. “You’d like that, wouldn’t you?”


She flipped him a not so elegant bird. “Kiss this, asshat.”


“Bri,” I admonished, ready to throw myself in front of her if the guy went ballistic, but he laughed and turned his attention to the stage.


In front of us, shadows moved. The whine of a discordant guitar, followed by a “Ba-bump. Ba-bump,” reverberated from the domed ceiling.


“Oh my God!” Briar screeched in my ear as she latched on to my blouse, practically jumping in place, and almost removing the short, fluttery sleeve in the process. “This is it, babe.”


An unbelievably deep voice bellowed out a war cry that mixed into the sound of rumbling thunder and vibrated the floor beneath me.


Multiple LED screens lit up the entire backstage with a picture show of a churning fire, followed by devastating nuclear explosions. Along the side of the stage, real flames and sparks


shot into the air as a shirtless man, half-surrounded by a massive set of drums, lowered from above on a lit platform—muscled arms working, leg tapping.


I looked at the man pounding out a wicked beat, and decided—with his mussed, dark hair with platinum blond tips, sporting long sideburns highlighting a strong jaw, and a sculpted upper body covered in colorful tattoos—he was striking.


A huge flash of light and perfectly timed kaboom went off, drawing my gaze. As the smoke cleared, another member of the band came into view. “That’s Kris Kline. The bassist,” my bestie informed. Then two more men, with fingers flying over their respective guitars appeared together, leaning back to back within their own light show. “The hottie with the mirrored sunglasses and black tour beanie on his head is Cross de Raven. He’s lead guitar. And the other, Mr. I’d-do-him-in-a-heartbeat, is Eryk Hale, rhythm guitarist.”


The two of them had this inexplicable sensuality about them in the way they swayed together, which pretty much kept my attention trained on them until the last guy rose up from an opening in the floor, reminiscent of a leather-clad gladiator stopping center stage, causing the two guitarists to break apart—one going left, the other right.


Beside me, Briar wolf-whistled.


“Shit, yeah! I love you, Fade,” she screamed at the top of her lungs. Then my friend, never one to mince words, flashed sparkling eyes at me. “I so want to have that man’s baby!”


With a saucy wink, she returned her attention back to the action, threw her arm in the air, her fingers making devil horns, and started rocking her head, long hair swishing about her face.


The vocalist curled his ring-covered fingers around a freestanding microphone that looked like a burnt, twisted twig of a tree sprouting up in front of him, which he uprooted. I tried to soak in the experience as he did this combination of singing and screaming about annihilation. The lights, the sound, the penetrating vibrations, the feel of bodies in motion, and the way the members of Cinder worked every square inch of the stage was mesmerizing. I didn’t know much if anything about metal music, but it was clear they were talented.


Cross ground out an amazing sound on his guitar, palm sliding across the neck, fingers on the frets—his instrument dropping down between his muscular thighs as he lunged. Pure,


euphoric pleasure emanated from his handsome face, and a vivid image of him having hot, sweaty, sheet-clawing sex came to mind.


What in the heck is wrong with me?


I pushed the naughty thoughts aside and tore my gaze away from the guitar god, focusing on Eryk, only to find him making love to his guitar. Gah! I needed to get my mind out of the gutter.


Focus on something else.


I watched the drummer again. Slipped my attention to Fade. Moved my gaze over to the bassist. I also returned to watching Cross and Eryk. If they kept up their current high-powered pace of stomping, jumping, and leg lunges throughout the duration of the concert, they’d never need to darken a gym, because they were doing some killer cardio.


When the song ended, Fade bellowed, “How are you tonight, Tacoma?” in a gravelly voice. 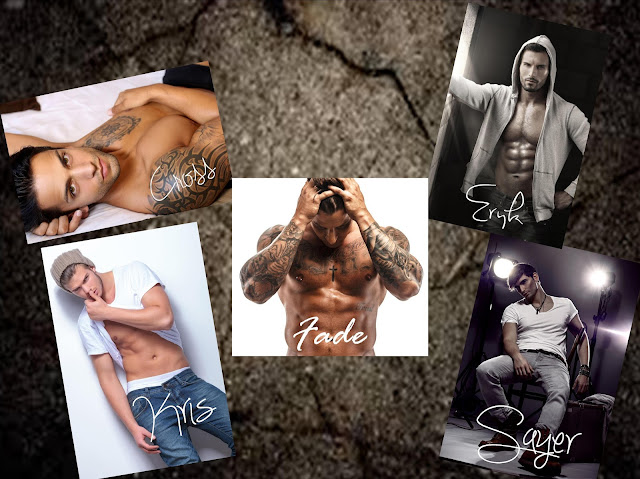 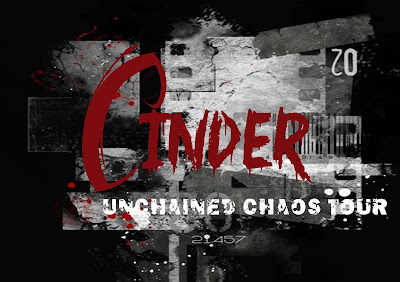 There is something special about your first concert that you never forget. The feel of the music in your soul, the crowd's excited enthusiasm, the fast beating of your heart, and that one band member that can't stop starring at.

All that is true in Sara's case, except there are two members of the band that she is drawn to. There is something about them that she can't explain, but she know it's a feeling she's never felt before. Running away from the only life she's ever know could turn out to be the best thing that has ever happened to her.

Eryk and Cross have always shared women in the past, it's suited their personalities well. But there is something about Sara that has them wanting more than a one night stand with her, something more long term. Their life has always been about the music and the band, but now that they've had a taste of Sara, they'll do anything to keep her.

The journey these three are on won't be easy, but if they can work through all the issues that are thrown at them, this could be the start of something spectacular.

Every Single Part of You is a thrilling, captivating, seductive book that will have you enraptured by each passionate and seductive words uttered by Eryk and Cross. You'll swoon right along with Sara falling under their spell, not that you would want to have it any other way. The rest of the Cinder crew will charm their way into your hearts as well.

London created gripping book with Every Single Part of You and I can't wait for the rest of the books that will come in this series.

La Petite Mort & Ruby Rivers brings to life Eryk, Cross, and Sara. They truly blew me away with the emotions they put into each and every word.

La Petite Mort brings another dimension to Eryk and Cross that will overheat you in ways you never expected. I suggest you prepare to have those panties melt, because they will.

Ruby's Sara is just they way you would expect this strong, independent woman to be. The connection you'll feel to Sara grows stronger with each step, like you're by her side as she takes control of the future she desires and not the one her father tries to push on her.

Every Single Part of You was already a favorite of mine, but after listen to it, that love grew exponentially. 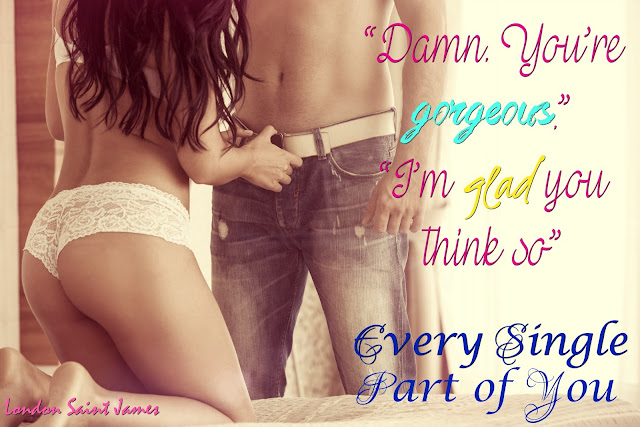 London had the pleasure of being able to do an 'Author Chat' with the two people who made this audiobook happen and brought all her colorful characters to life; La Petite Mort & Ruby Rivers.


You can listen to that chat by clicking here.

If you want to know a little bit more about me, you can find me on social media, you know, Facebook, Twitter and such. 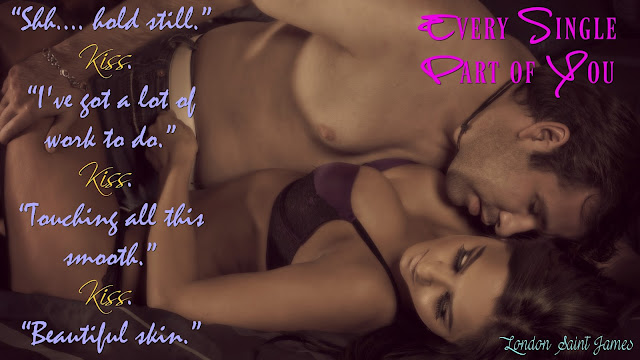 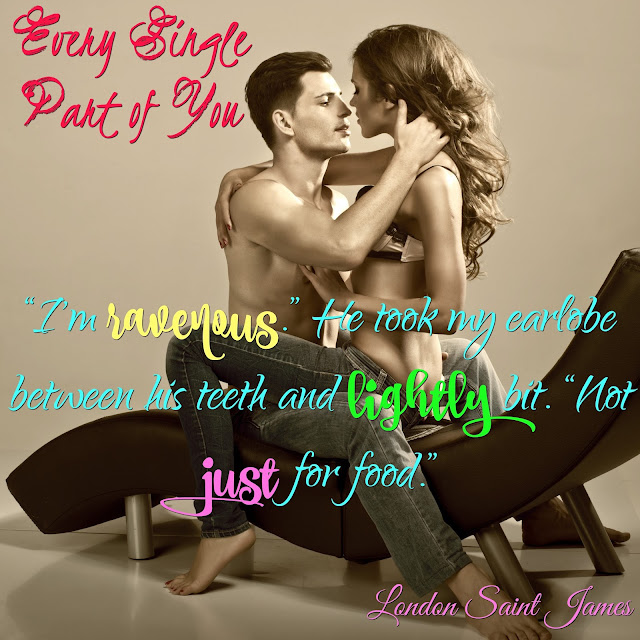