Nicholas Arthur Frederick Edward Pembrook, Crowned Prince of Wessco, aka “His Royal Hotness”, is wickedly charming, devastatingly handsome, and unabashedly arrogant—hard not to be when people are constantly bowing down to you.

Then, one snowy night in Manhattan, the prince meets a dark haired beauty who doesn’t bow down. Instead, she throws a pie in his face.

Nicholas wants to find out if she tastes as good as her pie, and this heir apparent is used to getting what he wants.

Dating a prince isn’t what waitress Olivia Hammond ever imagined it would be.

There’s a disapproving queen, a wildly inappropriate spare heir, relentless paparazzi, and brutal public scrutiny. While they’ve traded in horse drawn carriages for Rolls Royces and haven’t chopped anyone’s head off lately—the royals are far from accepting of this commoner.

But to Olivia—Nicholas is worth it.

Nicholas grew up with the whole world watching, and now Marriage Watch is in full force. In the end, Nicholas has to decide who he is, but more importantly, who he wants to be: a King... or the man who gets to love Olivia forever. 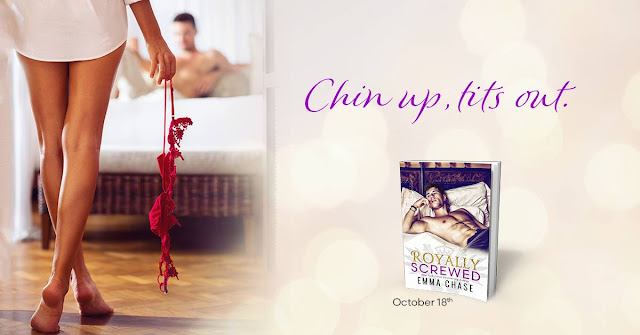 We’re in the library of the suite. Nicholas is behind the desk, his hair falling still damp over his forehead from a recent shower, while James and Tommy stand near the windows.

“Take off your clothes,” I say, dropping a stuffed backpack at my feet.

He stands, giving me a curious, dimple-flashing smile that makes my stomach tingle.

He pulls his shirt over his head—and at the sight of that gorgeous chest and ripped abs, I have to close my mouth to stop the flow of drool.

“Should I send the lads to their room?” he asks.

I toss him a Beastie Boys T-shirt and ripped jeans from the backpack. “They can stay—I’ll get to them in a second.”

Nicholas puts on the outfit, his disguise for the day. I hold up a thick gold chain with a dangling cross, and he dips his head so I can loop it over his neck. Then I squirt gel into my hand and reach up on tiptoes to rub it through his hair—mussing it at the top and slicking the sides.

“Do you know how to drive a motorcycle?”

“Excellent.” I pull a helmet with a full, tinted face shield out of the backpack and hold it up. “Marty’s bike is downstairs. He said to tell you: break it, you bought…a Ducati.”

Logan steps into the room from where he was stationed just outside the door, lifting his hand, like a traffic cop. “Hold on, now—”

“And,” I say cautiously, turning to the three big, strong, probably-have-a-license-to-kill boys. “I want Nicholas and me to go on this outing alone. You guys stay here.”

Logan takes another route. “No fuckin’ way. Not possible.”

But the look on Nicholas’s face says it’s definitely possible.

“No,” Logan insists again, his voice straining with a faint hint of desperation.

“I have an itinerary.” I take the sealed envelope out of the backpack and hand it to Logan. “I wrote everything down for you, just in case—exactly where we’ll be, every minute.” When he starts to tear it open I put my hand on his. “You can’t open it until after we’re gone—it’ll ruin the surprise. But I promise it will be all right. I swear on my life.”

My eyes drift from Logan to Nicholas. “Trust me.”

And I want him to—so much. I want to do this for him, give him something he hasn’t had. Something he’ll remember always: freedom.

Nicholas looks at the helmet, then at Logan. “What’s the worst that could happen?”

“Ah…you could get assassinated and the three of us will hang for treason.”

“Don’t be silly,” Nicholas scoffs. “We haven’t hung anyone in years.” He smacks Logan’s back. “It’d be the firing squad.” 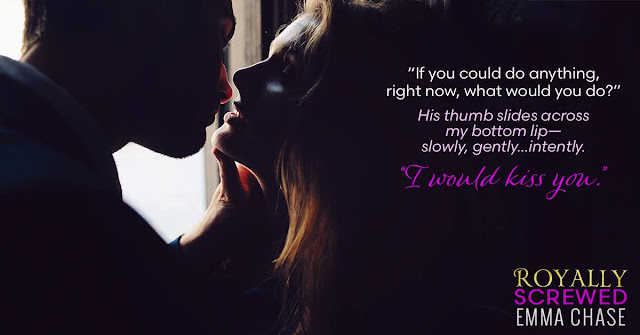