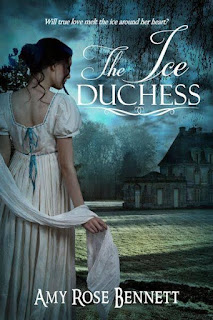 Georgiana Dudley, the Ice Duchess, has just emerged from mourning after a nine-year marriage of convenience to the Duke of Darby, her twin brothers lover. Deeply hurt by a scoundrel a decade ago, Georgie swore she would never turn her head for any man, let alone another rakehell. But then she encounters the wickedly handsome and all too charming Rafe Landsbury, the Earl of Markham and against her better judgment, her interest is reluctantly aroused. An affair may be impossible to resist but dare she trust Lord Markham with her most intimate secrets... and her heart?

Society believes Rafe to be a diplomat but for many years he has been working on the Continent as a spy for the Crown. Leaving the shadowy world of espionage behind, he returns to London with the intention of finding a wife. When he is paired with the frosty yet fascinating Duchess of Darby at the piquet table during a ton ball, he is intrigued. Do-or-die man that he is, hes certainly not going to let her cool demeanor dissuade him from pursuing her.

When Rafes dark past returns to endanger Georgie, he is determined to protect her at all costs, even if that means hiding who he once was. With the stakes so high, both Georgie and Rafe must decide if love is a risk worth taking...

Length: Novel (109,500 words)
Heat Level: Steamy to hot. This story is a Regency romance with open-door love-making scenes and frank language is used.

Additional information: This novel can be read as a stand-alone but is part of a loosely linked series, Scandalous Regency Widows.

Georgie took her seat at one of the piquet tables in the card room and removed her gloves, hoping that Phillip, Lord Maxwell, wouldnt notice her slightly trembling fingers when he joined her. It seemed absurd to be so nervous. Where was her famous sang-froid?

It probably didnt help that a hush had descended over the card room as Jonathon had escorted her in, and at this very moment, she could feel at least a dozen pairs of eyes, if not more upon her. The unvanquished Ice Duchessthe woman who barely ever lost a gamewas about to play cards again. Of course people were going to notice.

Curse her brother and Helena. She would have attracted much less notice if she had simply decided to dance after all. Lemonade in the ladies retiring room seemed more appealing by the second. And where in heavens name was Phillip? She glanced about the room but could not spy Helenas husband anywhere.

Not only that, she could see Jonathon disappearing out of the card room, no doubt chasing the dapper young buck hed been making calfs eyes at earlier.

If Phillip didnt appear within the next thirty seconds, she would cut and run.

May I join you, Your Grace? A soft baritone drew Georgies attention away from the ornately arched doorway of the card room and back to the table.

She glanced up. And it was all she could do not to gasp.

A dark-haired, lean-jawed rake was smiling down at her. Her dastardly brother and friends had set her up after all.

Blast them all to hell.

Drawing in a steadying breath she summoned a slight smile. Her well-practiced, cool duchesss smilea smile that had sustained her for almost a decade in the face of such obvious raw masculinity. Thank God she still had it.

And you are? she asked smoothly, arching an eyebrow. I believe weve never been introduced. She thought she knew most rakes of the ton and she had only been away from London for a year. But this tall, handsome man with smoke-gray eyes and a dark velvet voice, she didnt know at all.

The corner of his wide, well-shaped mouth lifted into a smile. Forgive my boldness, Your Grace. I am Rafe Landsbury, Lord Markham. Lord Maxwell has been... detained and offers his apologies. He asked me to stand in, in his stead. His eyes held hersa question or perhaps it was a spark of challenge flared in their gray depths. If you dont mind of course.

As if she could refuse with everyone watching. Shed gleefully strangle Phillip, Helena and Jonathon later for putting Lord Markham up to this. They probably thought shed build up a rapport with the man over cards. Then hed suggest they dance or perhaps peruse the supper table together. His large hand would touch her elbow, the small of her back. His fingers would brush against hers as he passed her a glass of champagne... She knew all the ploys he would use to try and get her hot and bothered. But she wouldnt fall for any of them. Never again. Just because she was a widow, it didnt mean she was fair game.

Lord Markham was still watching her expectantly so she affected a small tinkling laugh and shrugged a shoulder. Of course I dont mind. Please, take a seat.

Thank you, Your Grace.

Georgie tried not to stare as the nobleman folded his long, lean frame onto the damask covered Adams chair opposite her. Markham, Markham. No, not a memory of him stirred at all. Where had such a man been hiding for the last decade? He exuded such a quiet self-assurance as he watched her reach for the deck of cards, a completely unexpected and most disconcerting wave of heat swept over her face.
She hadnt blushed in years. What is wrong with me? 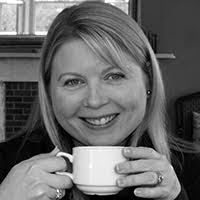 Amy Rose Bennett has always wanted to be a writer for as long as she can remember. An avid reader with a particular love for historical romance, it seemed only natural to write stories in her favorite genre. She has a passion for creating emotion-packedand sometimes a little racystories set in the Georgian and Regency periods. Of course, her strong-willed heroines and rakish heroes always find their happily ever after.

Amy is happily married to her own Alpha male hero, has two beautiful daughters, and a rather loopy Rhodesian Ridgeback. She has been a speech pathologist for many years but is currently devoting her time to her one other true callingwriting romance.

An Amazon gift card of $20 (USD) and a Kindle copy Lady Beauchamps Proposal: Scandalous Regency Widows, Book 1 will be gifted to a random commenter/participant during the tour.

The Giveaway runs from September 30th to October 11th. Starting and ending at 12:00AM EDT. Best of Luck to all contestants!