“Don’t you ever forget about me...,” echoes the karmic whisper from lives past, poisoning her peace. 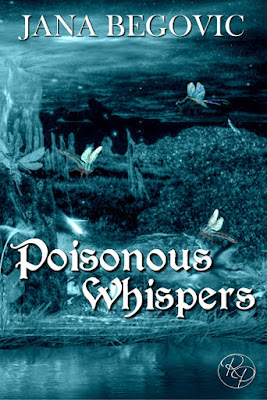 “Don’t you ever forget about me...,” he whispers during their secret encounters. Like a curse, these simple words now haunt Leandra, a reputable psychiatrist, who finds herself in emotional chaos after the sudden breakup of her illicit affair. Unable to heal on her own and tormented by dreams in which supernatural forces create havoc with her fate, she desperately turns to David, a colleague psychiatrist, asking him to take her through past-life regression therapy. She hopes that this unorthodox and somewhat suspect technique will explain her profound connection to the lover who has abandoned her so abruptly.

The sessions take Leandra through 17th and 19th century Ireland, Italy and England, where love, loss and betrayal are the leitmotifs in an ambiance of co-mingled fantasy and reality. In her hypnotic state, Leandra recounts a saga of intoxicating love, dizzying passion, flaming lust and profound heartbreak. Despite the painful answers she finds under hypnosis, Leandra still cannot let go of the hope to reunite with her lover. Ultimately, the shattering revelations from her past-life incarnations, along with the turmoil over her ruined marriage, become the stepping stones of her introspective path to healing, self-discovery and an appreciation of true love.

With its seamlessly interwoven sub-plots, “Poisonous Whispers” lures the reader from one continent to another, from past to present. The affair at the center of the story is an anatomy of the heart in which the heroine’s sorrow-laced journey reflects the universal themes of love and loss.

Jana Vasilj-Begovic was born in Sarajevo, Bosnia and Herzegovina where she lived until 1991. In 1991, she immigrated to Canada and after graduating from the Faculty of Education - Queens’ University, Kingston, she began to work for the Government of Canada in the field of foreign language education and training. As a subject matter expert in language training and testing, she has participated in multiple international conferences and projects, and designed and delivered numerous specialized seminars and workshops. As the result of a multinational research project she led, she co-authored an article that was published in 2015 by Cambridge Scholars as a chapter of the book, “Language in Uniform.” In addition to a B.Ed. degree in English and Dramatic Arts, she holds an M.A. Degree in Philology, as well as B.A. degrees in English and German Languages and Literature. Her debut novel, “Poisonous Whispers” is the reflection of her love for the written word and her lifelong fascination with storytelling. She is currently working on her second novel. She lives in Ottawa, Canada with her husband.