In Another Life & Eight Days 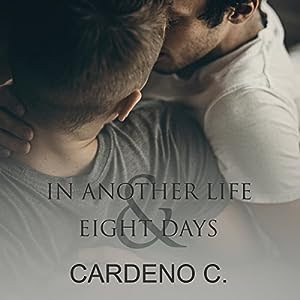 At age 18 Shiloh Raben is tired. He no longer has the energy to deal with mean classmates, inner doubt, and fear of familial rejection, so he takes a razor to his wrist. When he wakes up in the hospital, Shiloh meets Travis Kahn, the EMT who saved him and didn't leave his side.

Travis is handsome, smart, and funny - the type of guy Shiloh would never be brave enough to approach. But his near-death experience has an unusual side effect: The life that flashed before his eyes wasn't the one he had already lived but rather the one he could live. With visions of a future by Travis' side, Shiloh will find the strength to confront his fears and build a life worth fighting for.

Childhood family friends Maccabe Fried and Josh Segal have always gotten along despite having nothing in common. Maccabe is an athlete with dreams of playing professional baseball. Josh is an aspiring architect with dreams of being with Maccabe. Despite all odds, both dreams come true.

Maccabe and Josh fall into a long-distance romance, which is everything Josh thought he wanted. But after years of hiding from the world, Josh wants to bring their relationship into the open. When Maccabe refuses, Josh is faced with a tough decision: stay with the man he loves or live the life he deserves. No matter the choice, somebody's bound to get hurt. Thankfully, in the season of miracles, there's always hope for a happy ending.

Listen to a sample ! 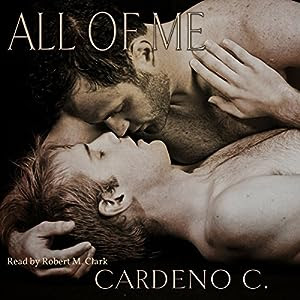 To bond with his destined mate, an Alpha wolf must look past what he sees and trust what he feels.

Bonded by their parents before they were conceived, wolf shifters Abel and Kai adored each other since they were children. As teens, the two future Alphas took the next step in their bonding process and vowed to remain true to one another until Kai came of age. But when tragedy struck, Abel felt betrayed and ran from Kai instead of completing their mating.

Abel never stops yearning for the man who was supposed to lead by his side and after years without contact, Kai returns, broken and on death's door. If Abel wants to fulfill their destiny and merge their packs, he'll need to look past what he saw and trust his heart.

Listen to a sample !

Cardeno C. - CC to friends - is a hopeless romantic who wants to add a lot of happiness and a few "awwws" into a reader's day. Writing is a nice break from real life as a corporate type and volunteer work with gay rights organizations. Cardeno's stories range from sweet to intense, contemporary to paranormal, long to short, but they always include strong relationships and walks into the happily-ever- after sunset.

Cardeno's Home, Family, and Mates series have received awards from Love Romances and More Golden Roses, Rainbow Awards, the Goodreads M/M Romance Group, and various reviewers. But even more special to CC are heartfelt reactions from readers, like, "You bring joy and love and make it part of the every day."

Giveaway
Win an Audible book of your choice from author Cardeno C.!!

presented by WLKBookPromotions.com
Posted by Unknown at 01:00

Email ThisBlogThis!Share to TwitterShare to FacebookShare to Pinterest
Labels: All of Me, Audio Book Tour, Cardeno C., Eight Days, Giveaway, In Another Life, M/M