Blog Tour & Review ~ Toying With Her by Prescott Lane 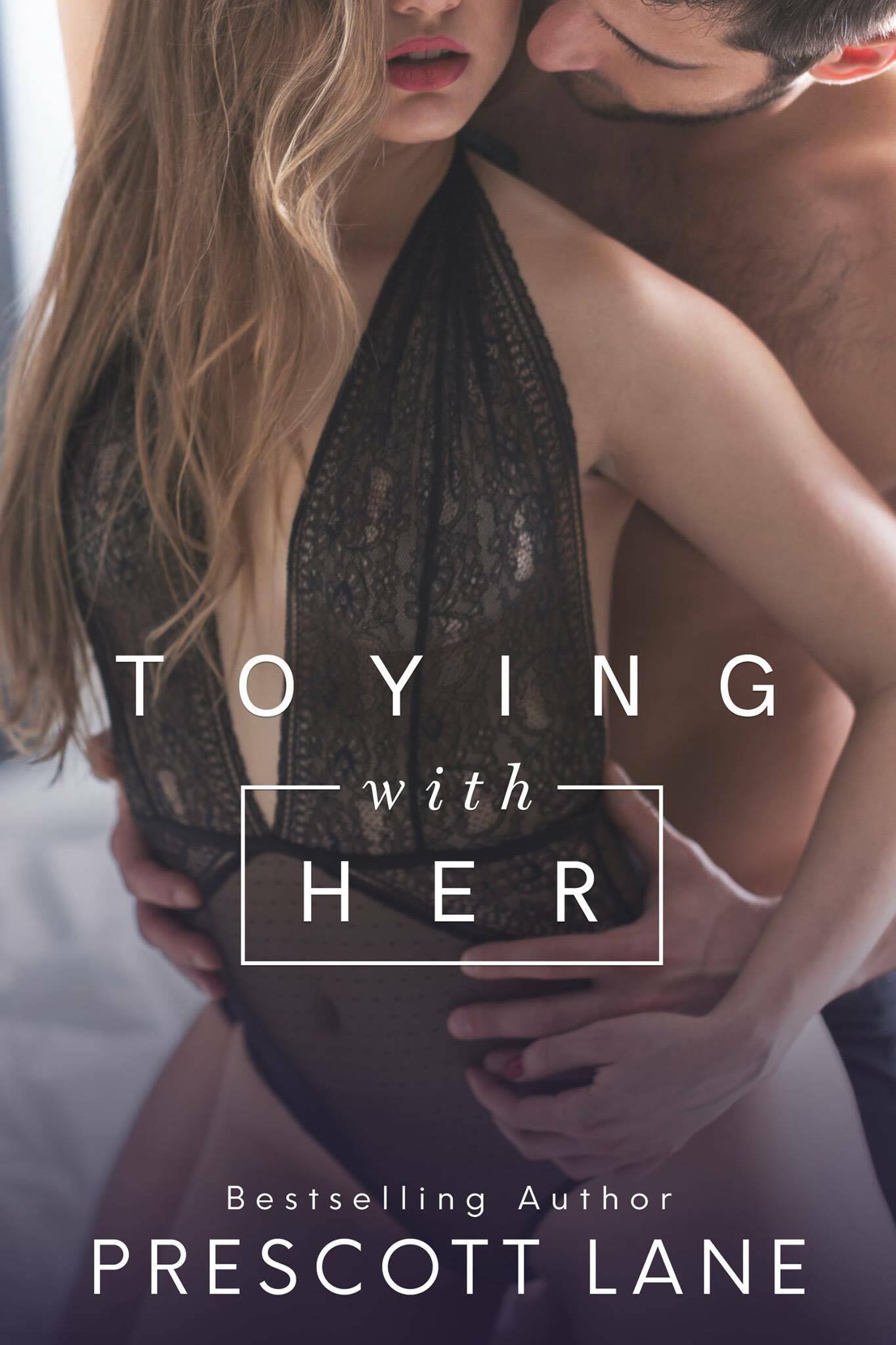 Toying with Her, an all-new standalone from Prescott Lane is available now!!! 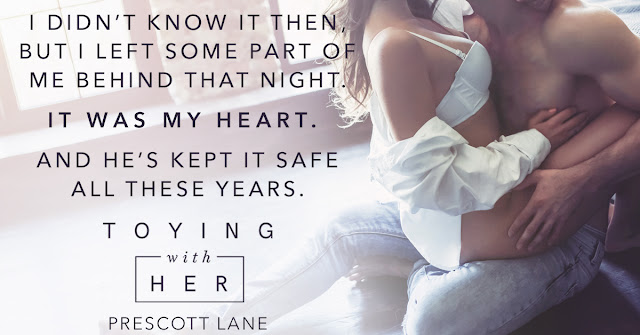 
So I’m headed home to my Southern roots. It’s supposed to be an extended Summer vacation — nothing more. But Rorke Weston has other plans for me. Plans that not only involve me being on top, but also underneath him.
It’s been said you never forget your first. For me, that’s definitely true. No night has ever lived up to the one I spent with Rorke.


He’s turned into quite a man. Tan from the Southern sun, and stubborn as the day is long. And there’s nothing sweeter than the swipe of his tongue.


Rorke wants his chance. The one we never had. But that was a long time ago. When I still believed in Prince Charming and Happily Ever Afters. Even ten years later, I feel a pull. And it’s not simply Rorke yanking down my panties.


Do second chances really happen? Or is my heart simply toying with me? 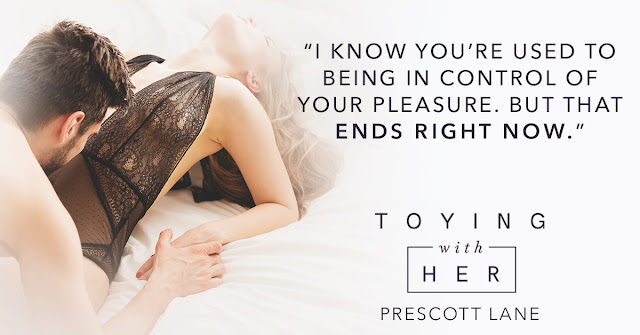 I know exactly where I want this kiss to go now. We don’t even have to move from this spot. I can take her right up against the door. My lips hover over hers, her chest rising and falling, my cock hard as a rock and pressed against her stomach. The warmth between her legs calls to me, and I bend my knees, pushing into her. She grinds right back.

“Just a kiss,” I whisper, unsure whether I’m telling myself or her.

We never just had a kiss. We went from kissing to sex in the same breath. And while I want her naked in my bed, I want her for more than one night this time, more than just this summer. I want that more. I’m not going to make it easy for her to dismiss me, dismiss this as a one-night stand or a summer fling.

Winding my hand in her long brown hair, I lower my head, letting my breath tickle the skin of her neck. Her body trembling, gently I trail kisses up her neck, letting my tongue linger ever so slightly. She tries turning her head down to me, desperate for my lips, but I grip her hair a little tighter, controlling the moment.

I know she’s used to being in control. Hell, the woman is responsible for more orgasms than any man could ever be. Lifting my head to look in her eyes, I say, “I know you’re used to being in control of your pleasure. But that ends right now. When you need an orgasm, I’ll provide it. When you want a kiss, I’m your man. You may be the woman on top, but I’m the man holding you up there.” 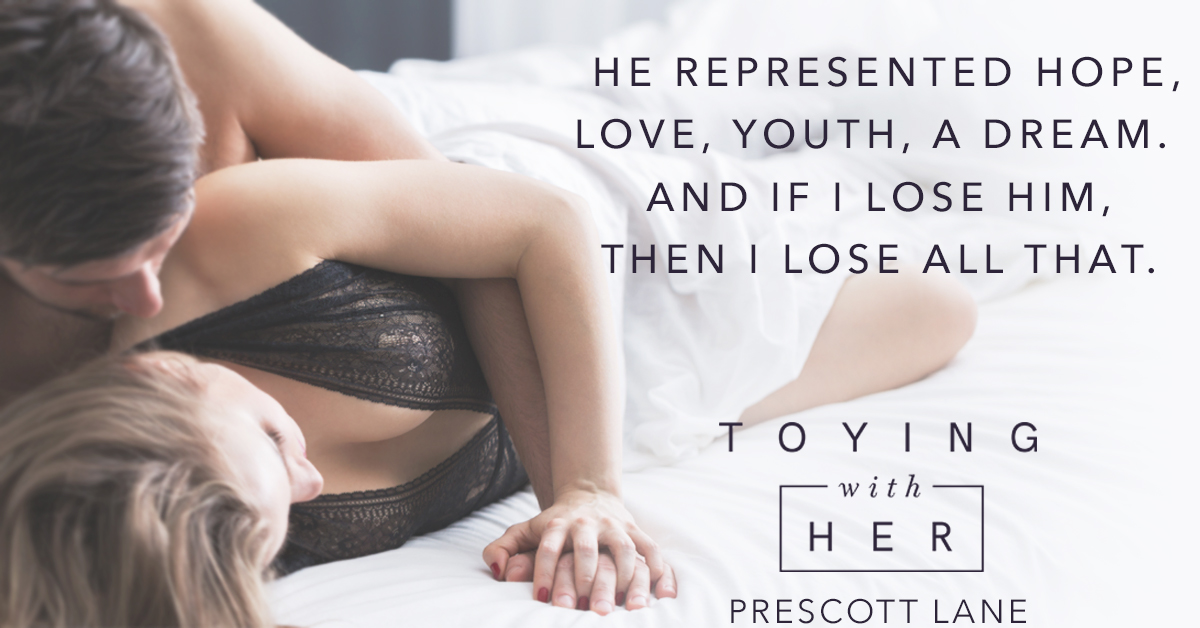 Sterling is a smart, hard working, successful, independent woman that is missing that one special someone to share her life with. Her planned summer vacation is about to take a turn she never expected, but maybe secretly always wished for.

Rorke is had a crush on Sterling for years, always the friend and nothing more. The chance he's longed for to take their relationship friends to lover is finally here, and he's not going to let it pass him by.

It's a journey that won't be easy, both have strong personalities that will stand in their way. Not to mention walls that are solidly built that will need to be taken down one brick at a time.

Can these two friends get past all the issues and forge a lasting relationship? Or will they crash and burn and lose everything?

Toying With Her is an intriguing, sizzling, fun, and captivating read.

I loved Sterling and her sauciness and Rorke was seductive. Rorke can see the woman behind the facade and always stands by her side. Sterling may be successful and have all that that comes with, but she's still the same person she was before all that. I do need to warn you, Rorke will make you swoon and most certainly. make your panties melt.

And when they finally came together.... hot, hot, hot! It's passionate, intense, and completely dirty.

Prescott is quickly becoming favorite of mine. The way she weaves a story that has heart and soul, but also a good dose of humor, sexiness, and angst. Toying With Her has all that and will keep the reader glued to each page just to see what will happen next. This journey isn't always easy, but it will be worth it in the end. 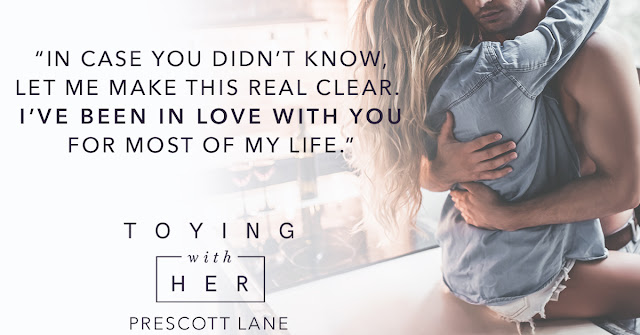 Prescott Lane is the Amazon best-selling author of Stripped Raw. She's got seven other books under her belt including: First Position, Perfectly Broken, Quiet Angel, Wrapped in Lace, Layers of Her, The Reason for Me, and The Sex Bucket List. She is originally from Little Rock, Arkansas, and holds a degree in sociology and a MSW from Tulane University. She married her college sweetheart, and they currently live in New Orleans with their two children and two crazy dogs. Prescott started writing at the age of five, and sold her first story about a talking turtle to her father for a quarter. She later turned to writing romance novels because there aren't enough happily ever afters in real life. 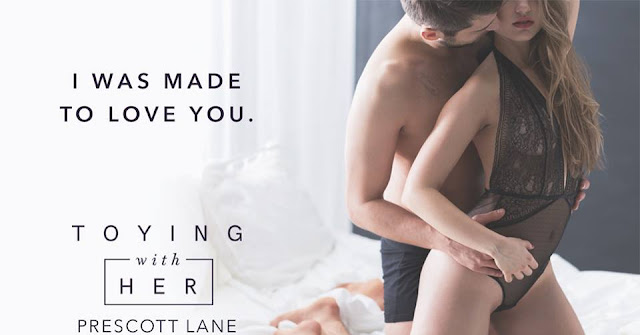