Logan St. James is a smoldering, sexy beast. Sure, he can be a little broody at times—but Ellie Hammond’s willing to overlook that. Because, have you seen him??

And Ellie’s perky enough for both of them.

For years, she’s had a crush on the intense, protective royal security guard—but she doesn’t think he ever saw her, not really.

To Logan, Ellie was just part of the job—a relative of the royal family he’d sworn to protect. Now, at 22 years old and fresh out of college, she’s determined to put aside her X-rated dreams of pat-downs and pillow talk, and find a real life happily ever after.

The Queen of Wessco encourages Ellie to follow in her sister’s footsteps and settle down with a prince of her own. Or a duke, a marquis…a viscount would also do nicely.

But in the pursuit of a fairy tale ending, Ellie learns that the sweetest crushes can be the hardest to let go.

Any woman would be proud to bring him home to her family.

But there’s only one woman he wants.

For years he’s watched over her, protected her, held her hair back when she was sick, taught her how to throw a punch, and spot a liar.

He dreams of her. Would lay down his life for her.

Everybody knows the bodyguard rules: Never lose focus, never let them out of your sight, and never, ever fall in love.

But then the mood shifts, as if the air becomes thicker, weighted, more . . . sultry.

Because slowly, Logan sinks down to one knee in front of me—looking in my eyes the whole time. In this position, I could touch his shoulders, comb my fingers through his thick, dark hair. He’s the perfect height for me to bend down and kiss his mouth—the perfect height for him to kiss me back . . . in a lot of places.

My breath hitches. And I wonder he feels it too.

There’s a sound of tearing Velcro, and Logan takes something off his ankle—a holster, with a small silver knife, about three inches long.

“Keep this on you all the time,” he says seriously. “Just in case. If you wear a skirt, the strap will fit around your thigh.”

And I almost laugh. Most girls get a ring from a guy on his knees. I get a murder weapon. But still, it makes me feel safe . . . watched over. Like I’m something precious that deserves to be protected.

I take the knife from him, testing the surprisingly solid, heavy weight of it in my hand. I press my index finger to the tip.

There’s a small, painless nick, a tiny bead of blood, so I put my finger in my mouth, sucking.

And Logan’s watching me again.

His chest seems to rise just a little faster, and his throat ripples when he swallows. He bends his head, curves his strong back, and then I feel his hands on my ankle, securing the strap. His touch is warm and self-assured. It’s the way he always moves—confident and experienced. Logan knows his body and he knows how to use it, in every way possible.

I almost moan. The sound is in the back of my throat, but I keep it trapped. I never knew the ankle was an erogenous zone, but it sure as hell is now. A hot pulse of pleasure streaks from Logan’s fingers on my bare skin, up my thigh, between my legs.

And I throb there, growing swollen and heavy as he keeps his hands on me.

Can he tell? Does he know? He’s so aware of everything, always so attuned, I wonder if he can sense my arousal . . . feel it in the air that clings between us. 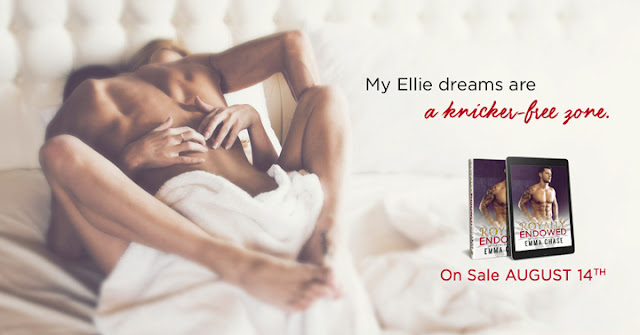 When Logan St. James makes a commitment he sticks to it. After his childhood he promised not to go down the same road as the rest of his family. He's worked hard and made a life for himself that had gotten him right where he is now.

Ellie Hammond has a good head on her shoulders even if she seems a little flaky at times. She know what she wants and isn't afraid to take risks. From the minute she laid eyes on Logan he's all she's ever wanted. She's acted on her feelings, but all that changes now.

They've skirted around their attraction for years, but when an unexpected event occurs there is no longer a reason to fight it.

Can two people that have a strong connect make it work even though their backgrounds are vastly different? Or will an outside force make that decision for them?

Wow! Wow! Wow! Talk about a slow burn that erupts into an all consuming flame.

Logan and Ellie sizzle right from the start. I love Logan comes to Ellie's aide in more ways than one, she's his whole world. The best part is that Ellie would do the same for him without a second thought. Their passion is intense and you can feel it radiate off the page.

Royally Endowed is a stunning story about two people that always knew they wanted each other but had to wait until the right time to make it happen. Logan is a protector and will do whatever it takes to make Ellie safe and happy. Ellie is a smart, strong woman that is kind, sweet, and completely lovely.

I loved every second the Royally Endowed and couldn't get enough of this spectacular couple. It's fun, witty, and completely captivating. I laughed, I cried, and swooned. I've loved this series and each book just keeps better and better. And I must confess Logan is me favorite.

I highly recommend The Royally Series and especially Royally Endowed. Emma has a knack for telling a story that will fascinate the reader from start to finish. 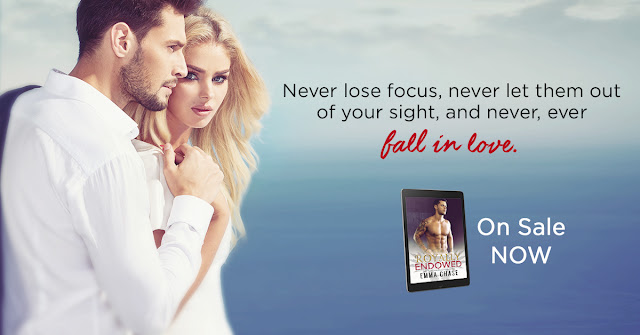 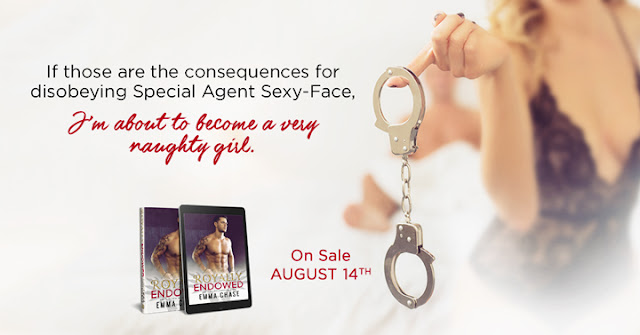 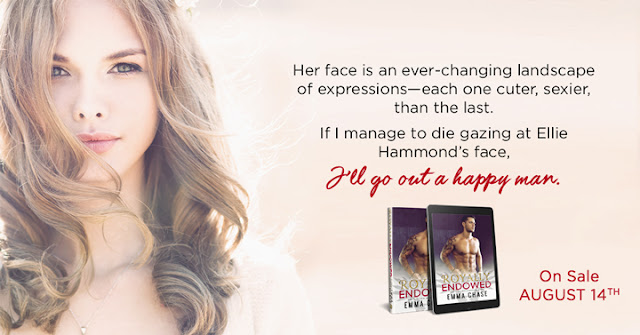