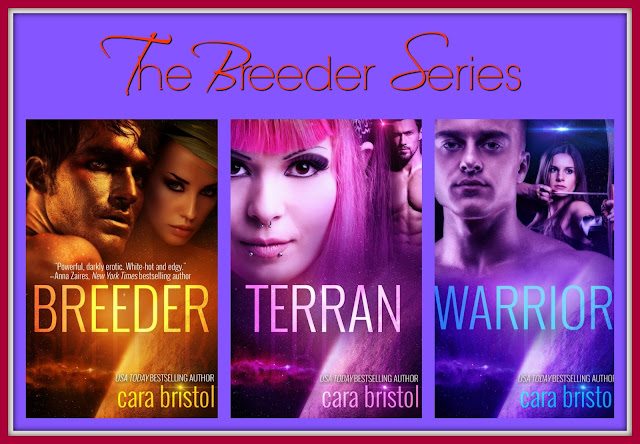 Breeder Trilogy is a dark science fiction romance set in a world where love is viewed as weakness and ruthlessly stamped out. Culture and law enforce a caste system, decreeing men to be the natural, rightful rulers and women to be breeding slaves.

In this harsh, brutal misogynistic culture, one man and one woman violate all the rules by falling in love. Their forbidden love sets off a chain reaction that begins to unravel their world.

Each book of Breeder trilogy is a stand-alone romance between a different hero and heroine who find their HEA by the end of the book. There are no cliffhangers in the characters’ romances. However, what does continue from one book to the next and isn’t resolved until the final book is the story of the Parseon women and their struggle for equality.

Breeder, which introduces the misogynistic world, is probably the darkest of the novels. Terran is a bit lighter with moments of humor, and in Warrior, there is resolution. 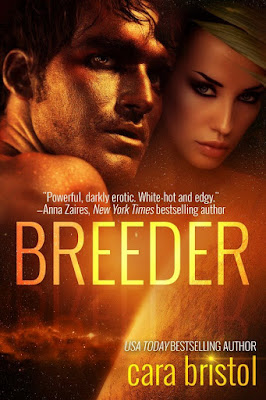 She was only meant to be the Alpha Commander’s slave… but she became everything.

High Commander Dak, a ruling Alpha of planet Parseon, purchases Omra strictly as a breeder slave. He intends to impregnate her, produce a son, and hand her off to his anointed beta partner, Corren. Any infractions of the rules by her will be harshly punished.

But as Dak and Omra discover a sexual bliss banned by law, Dak begins to question the traditions and ways of his people, causing him to jeopardize his command and endanger the life of the woman he has come to love.

Dak has enemies, men who will not hesitate to exploit his fondness for Omra, and use it to portray him as unfit to rule as Alpha. Can he expose the rampant cruelty and corruption in Parseon culture… or will the protocol he’s spent his life defending, be the weapon used to destroy them and their love?

Omra hasn't had easy since arriving at the Breeding Facility. But her life is about to change in ways she never expected when the Alpha Commander comes and takes her away to be his.

Dak was only looking for a breeder to sire an heir, but there is something about Omra that calls to him like no other before.

The more Dak spends in Omra's company, the more his connection to her deepens. However this connection goes against the law of the land.

He knows the best thing he could do for Omra is to send her back to the Breeding Facility, but just the thought of another touching her angers him.

So when her life, and in turn his as well, is threaten Dak will stop at nothing to keep them safe. Even if it means given up the life he's built.

Breeder is a thrilling, exotic, sensual read that captives the read from start to finish. The chemistry between Dak and Omra is electric right from that first glance. The sparks fly of the pages has their relationship intensifies.

What I love most about Dak and Omra is that even though they didn't understand what their feeling were trying to tell them, they didn't fight it. Especially Dak, he knew what his attraction to Omra could cost him but he couldn't just let go of her.

The storyline will keep you glue to page while guessing what will happen next. The twist and turns takes the reader on an exhilarating journey.

If you are looking for something a little dark, a sultry heroine, a hero that would defend his love even if it cost him his life, and romance that is out of this world, then I would recommend you read Breeder. 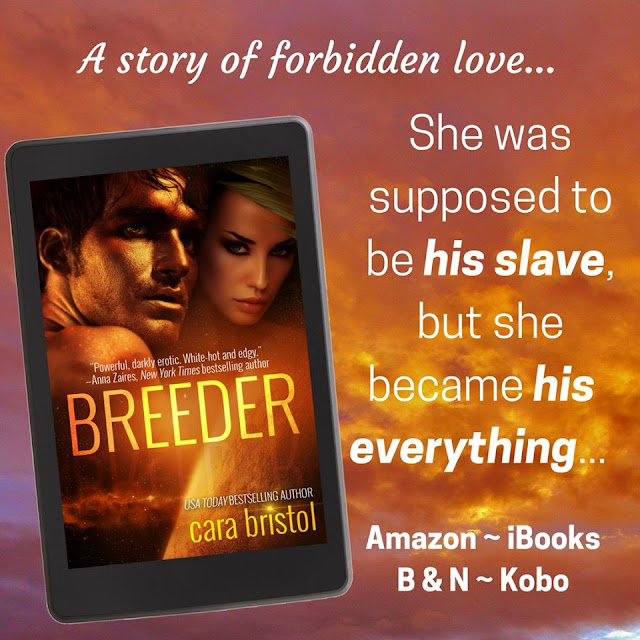 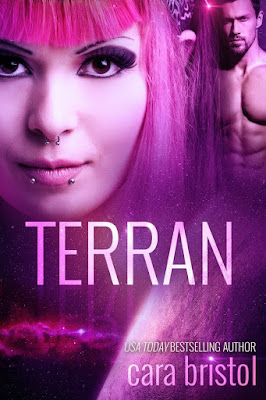 She’s at the mercy of her alien abductor…

After a vicious attack on Earth, Tara Diehl flees earth for the dubious safety of planet Parseon. A vendor in the marketplace, she’s adjusted to the male-dominated culture better than most until she’s kidnapped by Alpha Commander Marlix, one of the five rulers of the planet. At first she’s terrified of her tall, muscled abductor, especially when he doesn’t hesitate to quell her struggle for freedom with a little corporal discipline. After all her methods and ploys to escape fail, she decides to seduce her way to freedom.

But out of subterfuge grows a true intimacy that cause Marlix and Tara to take a stand that drives Parseon to the brink of a civil war, which threatens their love and their lives.

Terran, the second book in the Breeder series, is a “capture” romance involving a domineering but hunky alien and a female with a bad dye job and an even worse attitude.

This time we get to know Alpha Commander Marlix and the strong willed and very saucy Tara.

The sparks fly when these two first meet, even if neither want to attempt it. But it takes an attack on Tara to brings these two together in the most unconventional way.

And as their relationship grows and deeps, the threat to Tara's life increases causing Marlix much trepidation. Does he keep her close or does he send her back to Terran? Protecting her is crucial because his feeling for her are profound and completely against Protocol.

Tara isn't just willy-nilly, waiting around for some man to protect her. She's survived each trial and tribulation that has been sent her way. So if Marlix thinks she's just going to cower, then he's got another thing coming.

Threats are everywhere but passion ensues, sassy barbs are thrown, and a love grows. This is one couple that will make you laugh, cry, swoon, and begging for more.

I absolutely loved Terran and devoured it in what felt like seconds. I just loved the dynamic between Marlix and Tara, it volatile in the best way possible. The way Tara handled Marlix is brilliant and full of sass. Her little, shall we say, "endearing" comments about Marlix's caveman behavior is everything you'd expect from a strong willing, independent woman.

Granted the way these two first came together was unconventional at best, but as their relationship developed and you get to know them better, you can't help but think a conventional meeting would have sufficed for them. These two buck the norm and for that you can't but love them.

Cara has delivered another captivating story full of intrigue, heart, and hope for the future. I would highly recommend Terran to anyone looking for something that's dramatic, seductive, and bewitching. 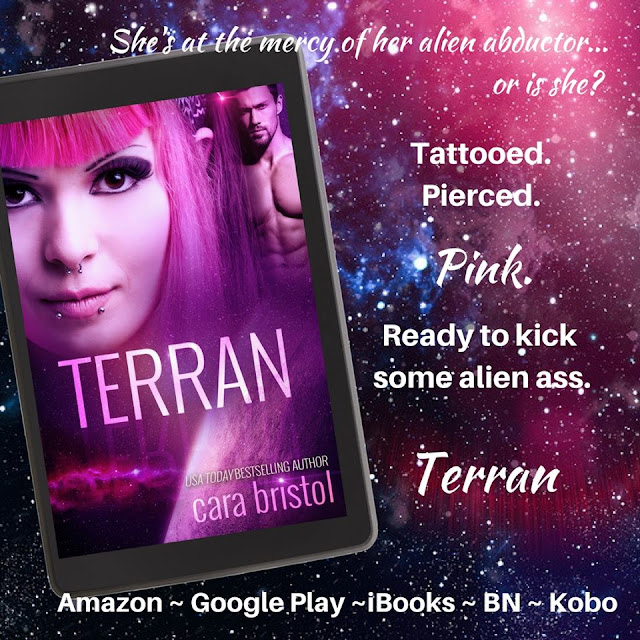 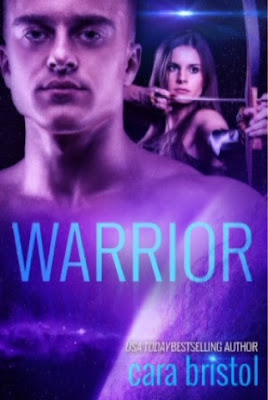 In a fight for survival, will love become the casualty?


On an alien planet where women are chattel, Anika must perform her duty and become the breeder of an Alpha Commander. Secretly in love with another man, she’s unable to accept the arrangement and runs away. Bound by his duty, her lover Urazi must bring her back to fulfill her responsibility. But as war breaks out, and their planet fights a desperate battle against a villainous despot, Anika and Urazi unite in determination to save their people. With their lives already on the line for disobeying orders, the forbidden love they share becomes the biggest danger of all.

What happens when you get a taste of freedom only to have it rips from you?

But when your world is in the middle of a war, you will quickly find out just how strong you are.

And if you're lucky to survive all the trials and tribulations, you find the happiness you longed for.

Anika never expected to be thrust into another household but that's exactly what she's just learned. That isn't what she wants, so she takes off without a plan.

Urazi is beside himself when he learns Anika took off in the middle of night. Despite the fact that he's been told not to, he takes off after her.

It takes some time, but Urazi finally finds Anika however due to the war they are far from safe.

They are in for the fight of their life and those they love, and through it all their connection deepens.

But when all is said and done, while they fight for their love or let others dictate their future?

Warrior is the stunning conclusion to the Breeder series. It's full of intrigue, excitement, adventure, and passion.

I love how strong and independent Anika is, she isn't afraid to stand up for herself. She's feisty, witty, and courageous.

Urazi surprised me in a good way. They way he went against everything to protect and love Anika is endearing. I love how he does whatever it takes no matter the costs. This couple is just what you want to swoon off.

I have loved this series and Warrior is my favorite because of the tough as nails heroine and valiant hero. The passion between Anika and Urazi is magnetic and the story is intense. I would highly recommend this exhilarating book. 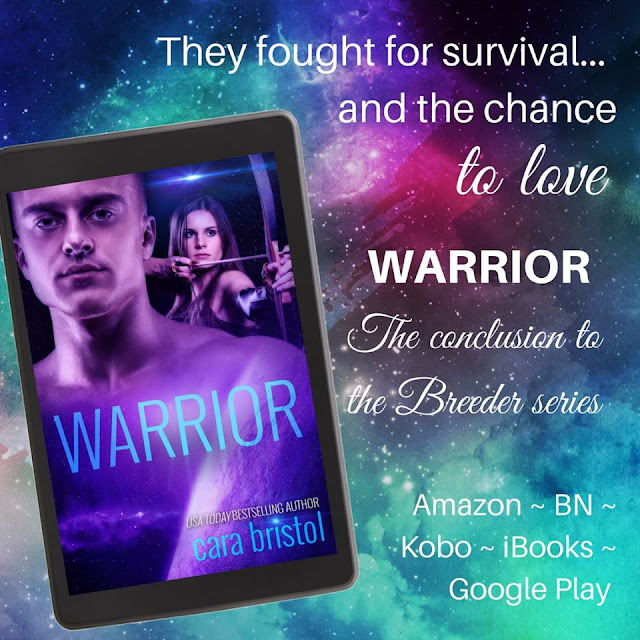 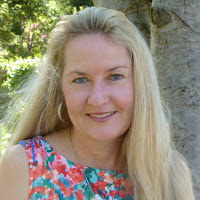 To get the latest info on her new releases subscribe to her author newsletter. Friend her on Facebook.  Email: carabristol50 at yahoo dot com.