Tempting their best friend has never been so sweet…or delicious.

Things to do on a Saturday night:

Not if he can help it.

But Adrian Greene doesn't have a choice, as he's not the kind of man to bail on his best friend when she needs him. Having Ethan at the same party is his only consolation until a mistletoe-induced kiss with Shelli heats his blood, sends his fantasies rioting and hardens his…body.

And when Ethan expresses the same interest in Shelli? Things get a helluva lot more interesting.

Wicked shenanigans, seduction maneuvers and naked times ensue as the men think up of creative ways to tempt their best friend into something more…all without destroying their friendship.

Tempting their best friend has never been so sweet…or delicious.

Though this story is book 1 in a series, it's a standalone with a happy ending. No cliffhangers. 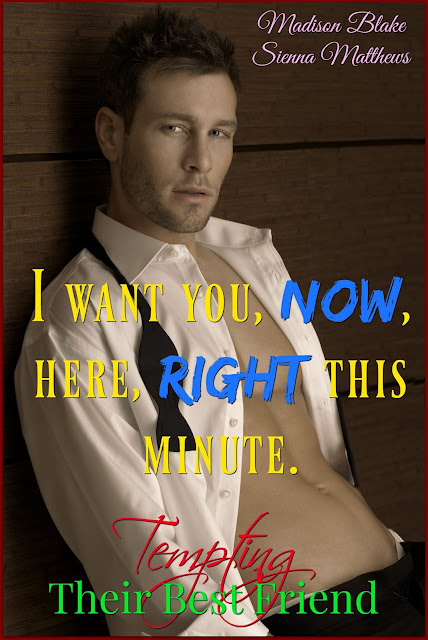 This is one of those stories where you'll find yourself smiling at the end with a heavy dose of swooning... ~ Gabrielle Sally, The Romance Reviews 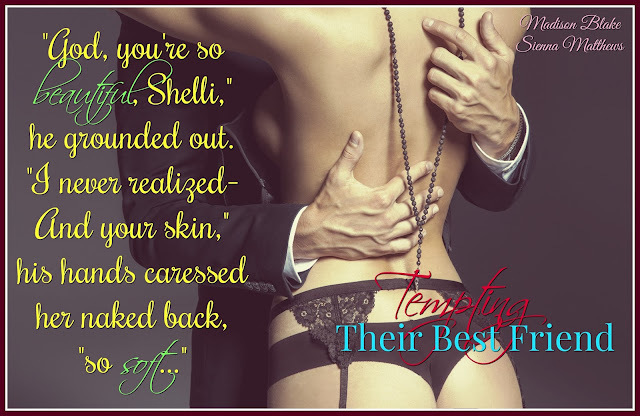 Adrian was stunned at the crush of bodies inside the room—there didn’t seem to be enough space left to breathe. The logistics committee didn’t appear to have done their job very well. Having gone to more than his share of company events, he realized that Shelli’s company must have invited their suppliers and valued customers as well as their staff, and the numbers had gone out of control. He was just wondering, if maybe, they should go home and watch National Geographic instead, when several people right in front of them shrieked with laughter and pointed above their heads. "Kiss, kiss, kiss!"


He looked straight up and, lo and behold. Mistletoe. Bunches of it decorating the whole doorframe, an unexpected trap for the unwary. He stared at them, nonplussed and wondered why there should be mistletoe when it wasn’t even Christmas. Someone’s idea of a bad joke, or an innovative ice breaker to get everyone in the party mood.

Several people right in front of them shrieked with laughter and pointed above their heads. "Kiss, kiss, kiss!"

"Oh," Shelli glanced first at her colleagues, then up at the mistletoe, dismayed, then spread her hands helplessly, "but they’re my—"


The distress on her face registered in his mind simultaneously with one other thing. If she admitted they were only friends, then all was lost. He and Ethan might as well have not come. He spun her toward him before she could complete her sentence. "Give in gracefully, Shell," he said, laughing, playacting for the benefit of their audience. "It’s tradition." He slid his hands from her shoulders up to cup her head and brought her inexorably closer. Her head, her entire body strained away from him and her eyes communicated mute panic. "You stupid fool," he hissed near her mouth, willing her to relax, to trust him. "Don’t give the game away, not when we’ve come this far. And it’s just a kiss. We might have to play it up to make it look real…"

His lips brushed hers, once, twice. He had meant for it to end there but her lips were so soft, so sweet, so intoxicating, he just had to taste them again. He was drawn in and unable to pull himself away. He forgot that they had an audience. He forgot that he’d suggested for them to work at making the kiss look real, because it was suddenly all too real…

He pressed his mouth more fully against hers and nibbled and licked and begged for a taste of the rich flavors he was sure she was keeping from him in her mouth. 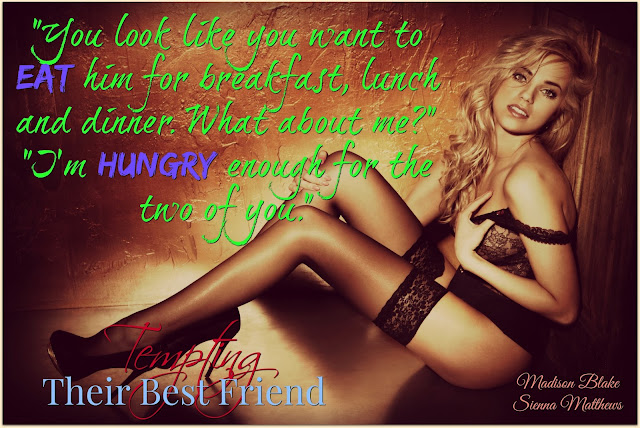 Tempting Their Best Friend is a quick, witty, passionate read.

Adrian, Ethan, and Shelli have been friends for a long time, and over the last couple of years Adrian and Ethan have been together in a serious relationship. Both wouldn't mind finding a woman a join them, but if they don't then they are fine with they way their relationship is.

Shelli has been unlucky in love, but lucky for her she's always had her best friends. So the feelings that are bubbling to the surface have her worried about risking her friendship.

I really enjoyed Tempting Their Best Friend  The passion between Adrian and Ethan is sizzling but when you through in Shelli is off the charts. I love that they have a friendship the all respect and don't want to jeopardize. What I love most is how Adrian and Ethan make their plan to seduce Shelli not into just a one night affair but into something real and endearing.

If you are looking for something hot, quick, and seductive, then I highly recommend you pick up Tempting Their Best Friend  Watching these three friends become lovers will keep you on glue to each page. But I will warn you, a cold shower will be needed after you read about their alluring game of Chutes and Ladders.

Madison Blake is a firm believer in love and happy endings. That’s why she loves stories wherein the characters go through adversities to emerge victorious in the end. Holding a day job means that she doesn’t get much time to write, so Madison tries to cram her free time with as much writing as she can. Even so, she would make time to read her favorite genre (romance), especially when she’s experiencing writer’s block. She loves to read and write about strong heroines, and she’s on the eternal quest for the powerful, attractive, mysterious, yummy hero, the kind of man who’ll make you sigh and say, "He’s the one."

Sienna Matthews is a bespectacled, mild-mannered office employee by day and turns into a mad, raving writer at night and during weekends. The only thing that can be heard from her are the tap, tap, tap of her keyboard. She doesn't need food or sleep as she follows the calling of her muse.

To receive regular updates on freebies, giveaways and more, be sure to join Sienna Matthews's newsletter. 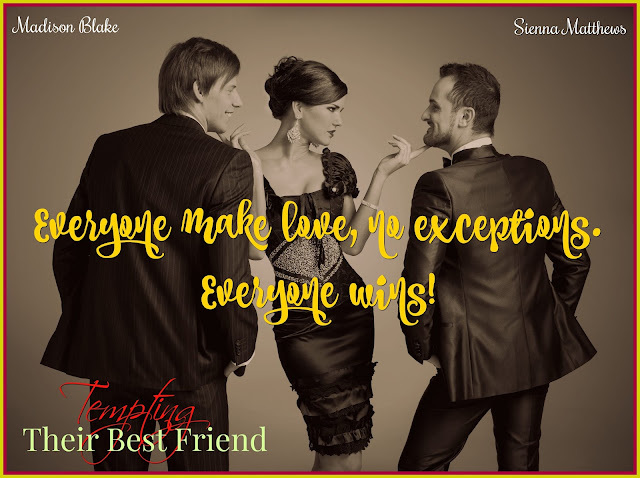