I was never supposed to be this woman.

I was supposed to be a super wife. A mom. A business owner. And I was...Until an armed robber sticks a gun into my face.

A blast from the past too good-looking for his own good.

There's no denying it; the chemistry between us is all-consuming—electric.

But when danger finds me again, when a crime of opportunity takes a twisted turn, I can't decide which fate is worse: falling into the arms of my hero... Or finding out what he's really up to... 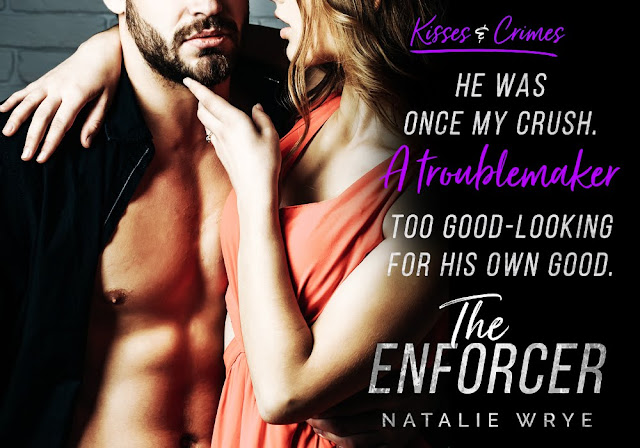 Get your hands on The Enforcer now!

Be sure to sign up for Natalie Wrye's Reader Roundtable and get an exclusive e-book copy of Beautiful Liar! 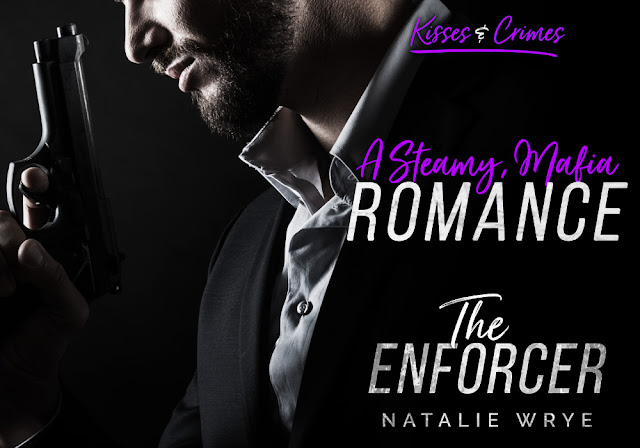 I feign innocence, sauntering around the desk in front of Javi’s slowly widening eyes. “This?” I ask. “You mean getting half-naked? You mean coming here? You mean telling you to fuck me?”

Javi inhales sharply, his lower jaw grinding ever so slightly. His nostrils flare. “All of it, Delilah. This isn’t what you want or need.”

I stop in front of him. “I’m not Delilah, remember? I’m you. And as Javi Mondello, I can tell you that you’re wrong… this is exactly what I want. And this is more than what I need.”

He leans forward in his chair, seemingly prepared to stand. “Look, if you need to talk…”

I make my move. I interrupt him, sitting abruptly in his lap. But I am not cuddled up like a child; I am straddling him, and the satin and lace of my panties plants itself firmly between his thighs, while each of my bare legs dangles seductively where the arm rests would normally be.

“I don’t need to talk anymore,” I tell him, gazing straight into his face. “I think you know what I need.” I hesitate a beat. “You… You’re what I need.”

And then I kiss him.

I squeeze my body into his, attempting to push all of Delilah Castalano’s thoughts out of my head. Tonight, I’m Javier Mondello. I’m stone-cold… and I am going to play this game until my last piece is off of the table.

I do a pretty good job of being Javi, too, because the former Javi’s body responds on impact, his cock growing hard and strong between my legs that are aching for his touch. Even fully clothed, he is rock solid, and I rub the top of my slit across his steel-colored slacks, lowering my pussy lips so that they sit on the length of him while the lips on my face lick the skin at his jaw.

He groans. “I’m not nice enough for this shit.”

His chuckle is low—gruff. “I thought you were me tonight. Besides… me is bad for you, Del.”

And don’t I know it.

But I need to put the cards back on my side; I need to even the odds of this twisted little game. I unbutton Javi’s collar and shirtfront, biting his chest until my lips press against the dip above his abdomen. The muscle there is harder than any marble, and the skin above it is smoother than silk, its surface peppered with light brown fuzz, punctuated by small dots of chocolate-colored freckles.

I slide my bottom backwards almost onto his knees so that my tongue can travel. Lower. Lower. And lower…

It is too much. For me and him. The route is torturous, and I know that it is driving him crazy. He grinds his normally controlled hips towards the center of my pussy.

He wants in. And I am drugged by the control. It’s intoxicating… to watch Javi lose it, to watch his command slip from his grasp and into mine. I need to push him over this edge. I sink to my knees in front of his chair, and his eyes widen deliciously. I can see the hunger in his irises, and it turns me on like nothing I have ever known.

I unzip the fly of his pants slowly. He stares into my eyes through every second.

“We are going to ruin each other.” His statement is spoken softly with a scary finality. I can’t respond; he’s right… and the only thing that I can do is nod. I’ve already forgotten the game I was playing and all of a sudden, it doesn’t matter who I am.

Because every piece of me—every centimeter of this foreign body—craves Javi more than my last breath. And if this is what ruin looks like, then wreck the fuck out of me… because, in this moment, I feel literally incapable of wanting anything but him…

I uncover his immaculate cock and before he can properly finish his statement, my mouth is on him. I take complete control of Javi’s body, and I feel a power that I’d forgotten I possessed.

I draw him deeper and deeper, licking and plunging his hardened silk into my mouth that is eager for his taste. With every dip along my tongue, I bring him closer to the brink, and it is only when I know he is begging for it, only when I know his body yearns to be released, that I relinquish my hold on over to him.

And Javi is only too happy to receive it.

He grips the back of my head, pressing himself further into my soaking mouth. It is a slow, firm push—a skilled move that doesn’t force but encourages.

I can feel my throat relax around Javi’s cock, and I take him to unachieved depths. There isn’t anything that Javi can’t do well, and like the sex god I’m starting to believe he is, he fucks my mouth like a pro, guiding the length of his dick into the recesses of my open mouth. It is one fluid motion that slides him far inside, letting my throat accommodate him comfortably before he draws back out again. Already, he can tell my limit and teeters along its fine line.

What a fucking ride.

And in several more instants, Javi grows harder than ever, his cock becoming a brazen brass under a sheath of satin. The taste of him is fucking exquisite, and I quicken my pace, speeding up my tongue’s strokes to push him to the precipice.

Come for me, Javi. Lose control.

But he doesn’t. Just when I know he’s on the edge, he lifts me from my knees, gripping underneath of my arms to place my back in his lap.

He wants me to fuck him. And that’s exactly what I’m going to do. Kick these panties to the side and ride Javi until he can barely say my name. He clutches the back of my neck, fiercely whispering above my mouth.

“Sit on my cock, baby… and fucking ride me.”

Yes. I want to voice it, maybe even scream it from the rooftop… but my mouth is too needy for his kiss to speak the words. Javi draws me into his greedy mouth, and we consume each other, taking turns teasing the other with open-mouthed caresses and ravenous bites. His full mouth trails towards my jaw, licking and sucking with fervor, and I rediscover my voice.

“Yesss, Javi,” I hiss between clenched teeth. “Fuck me… Make me forget…”

The second the words leave my lips, I regret them… because Javi’s mouth freezes mid-air and he drops the hands that grip me within an instant. He pulls back to sit straight and closes his fly. He stands without warning, picking me up abruptly—almost roughly. He pivots in his shiny black shoes before plopping me back down in the now-vacated leather seat.

Javi leans over me with a fire in his eyes, an emerald-shaded flame that burns into my stare, singeing the very nerves on the surface. He looks furious. He reaches down slowly towards me with one hand, and he grips my chin, forcing me to gaze into his molten green blaze.

His voice is menacing.

“Have you told your sister, Penelope, that you’re here?” he growls. I shake my head, gaping as he says the next words. He leans in closer. “And what about your husband?” 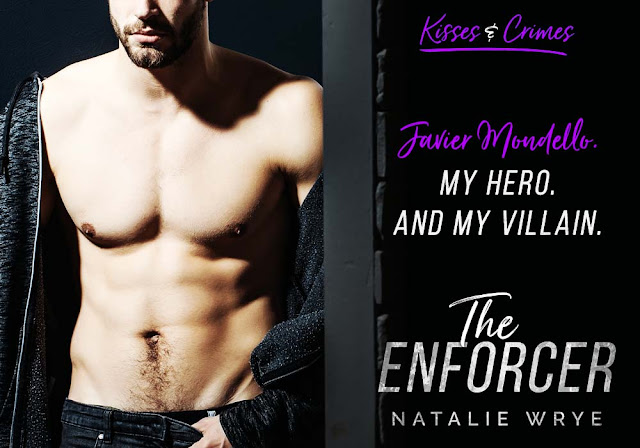 A Jersey Girl living in the South, when she's not obsessing over a new Netflix series or yelling at college basketball games on TV, she's usually crafting sexy stories about hard-bodied men and the strong-willed women who crave them.