Getting Schooled
By Emma Chase 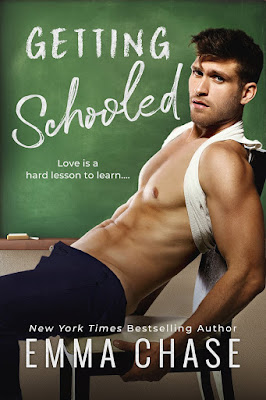 Head of the class...

Garrett Daniels has this whole life thing figured out.

The cocky, charismatic former high school star quarterback is an idolized football coach and "cool" teacher in the hometown where he's not just a golden boy — he's platinum. He has good friends, a great house on the lake, and the best damn sidekick a man could ask for: Snoopy, the albino beagle.

And knocks him right on his tight end zone.

Callie has a pretty sweet life herself...on the other side of the country. But circumstances — that she'd prefer to never speak of again — have brought her back home, helping out her parents and substitute teaching at her old high school.

When Garrett offers to show his former high school sweetheart the secrets of his winning teacher ways, Callie jumps at the chance - and then has to stop herself from jumping him.

Good friends are all they can ever be.

Or...these teachers just might end up getting schooled — hard — by love.

Includes a special bonus interview with the author! 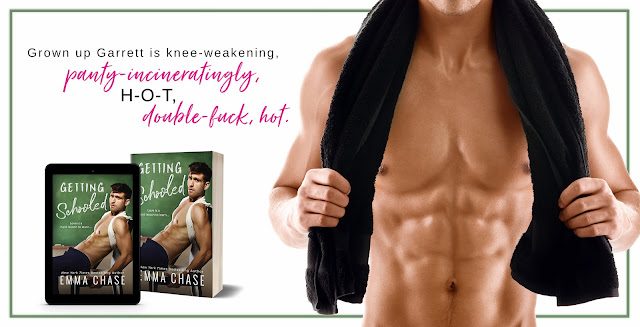 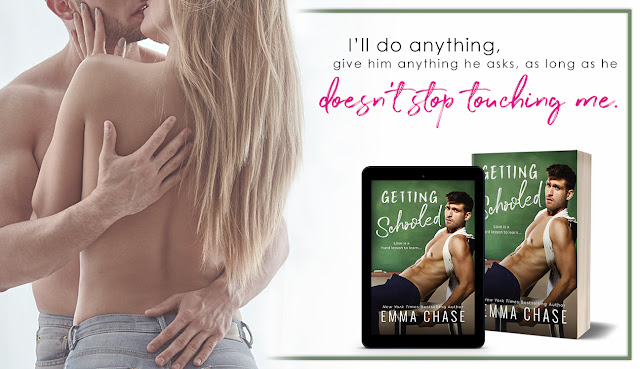 High school parking lots are one of the most dangerous places on earth. I don’t have statistics to back that up…but I know it’s true.

I pull into the school parking lot Monday morning in my Dad’s giant, newly repaired mint-green Buick, with Back in Black by AC/DC blasting from the speakers. I feel tough, powerful—like I’m driving a tank.

I’m a badass teacher—I’ll run you down even if you’re a student—I’ve got twenty-nine more in class just like you.

The outfit helps too—leather boots, blue jeans, a starched white blouse and a black leather jacket. It’s my armor. The morning air is cool and crisp today, but I barely feel it. I’m locked and loaded and ready to roll.

As I march towards the main entrance, I spot Garrett and Dean and Alison Bellinger outside the doors. They pause when they see me, waiting.

He looks fantastic. His hair is tousled from the breeze and kisses his brow, and he’s wearing a dark blue sweater that’s snug around his biceps and soft, worn, light blue jeans. I remember his arms around me yesterday on my parent’s porch. The wonder and exhilaration of the moment.

The intensity in his eyes, the desire and possessiveness in the grasp of his hands. The scorching feel of his mouth, his wet talented tongue that made my stomach swirl and my head spin.

So much for not complicating things.

But I’m not going to play head games with myself or Garrett—we’re too old for that shit.

I have feelings for him—I always have—our break-up had nothing to do with either of us not wanting each other desperately. But these aren’t just leftover echoes of a sweet, first love—this is something new. A throbbing, breathless attraction to the amazing man he’s become. I want to be near him. I want to know him, inside and out, all over again.

And he feels the same way. Garrett wants this version of me as much as he always did—maybe even more. I heard it in his whispered words and felt it in his kiss.

I don’t know if we have a future, if it can go anywhere. We have separate lives on opposite ends of the country. But I’m not going to worry about that—for now, I’m going to take each day as it comes and enjoy every moment we can.

“Little fucknutters don’t know who the hell they’re dealing with,” I growl.

Garrett opens the door for me. “Go get ‘em, Gangster’s Paradise.”

Callie Carpenter has been living the dream, or at least that's what she believes until she receives a call that brings her back home and causes her to rethink everything.

Garrett Daniels may be a player but he's never been coy about it. He's had his heart broken once before and isn't looking to go through that again. But what he never expected was his past to come walking back into his life and changing his outlook completely.

Their attraction is just as strong as before despite the years that have passed. A love like theirs can't be denied or contained, but Callie has plans to return to her life in California.

Will Garrett be able to let Callie leave again or will he decide that he'll do whatever it takes to keep her in his life even if it means giving up everything he's knows and follow her anywhere?

Getting Schooled is a fun, sexy, captivating story about second chances, forgiveness, and never giving up on love.

Callie is a sassy, strong, independent woman that isn't afraid to stand up for herself. I love how she speaks her mind and always follows her heart. She may not know what will happen when her time comes to return to her life in California, she still opens her heart and soul to Garrett. Her love for Garrett, her family, friends, and her kids is endearing.

Garrett has been stuck in his ways for so long, but one look at Callie and he changes everything. His love for her makes him see a future he never expected but can't help but want now. I love how far he goes to win her heart completely and without question.

The passion that flows between Callie and Garrett is intense and can be felt through each page.

Getting Schooled has a enchanting storyline, a charming and sexy hero, an alluring and brilliant heroine, and romance that gets hotter with each sultry word uttered. Emma always delivers dazzling reads that will leave the reader with a delightful book hangover.

I would highly recommend picking up Getting Schooled if you are looking for something fun, witty, and passionate. You won't be disappointed with this engaging story. 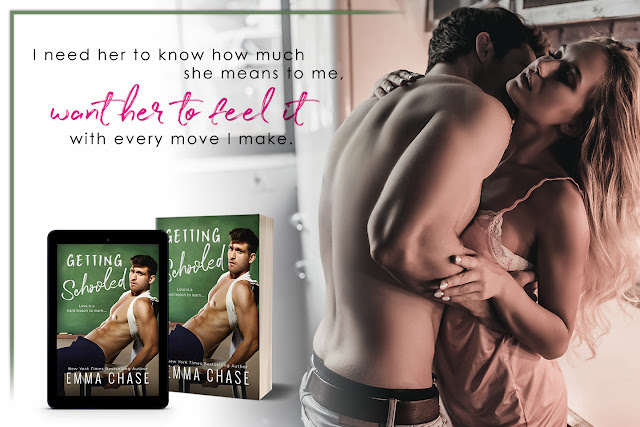 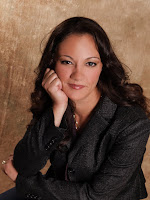