Big In Japan
by Jennifer Griffith 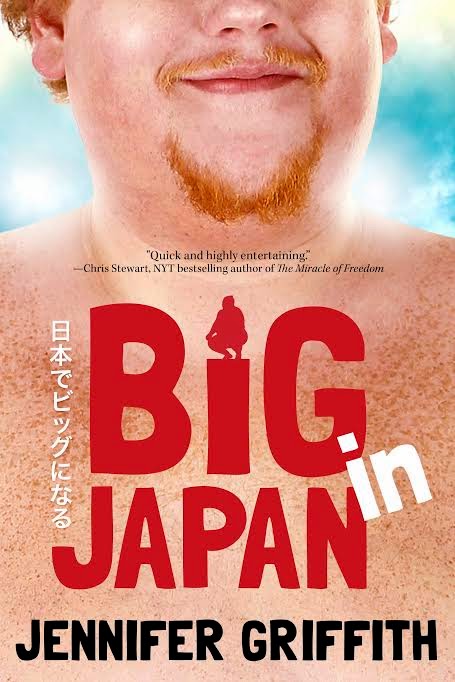 Buck Cooper can’t remember when he became socially invisible—probably when he hit 300 pounds. Now he’s working a dead end job, getting no notice from his boss and no love from the cute secretary he pines for.


But when he gets shanghaied to Tokyo, all of that changes for the mild-mannered Buck—because this blond Texan is about to go sumo!


Peek inside the secret world of sumo, and cheer for Buck as he fights his way through the ranks— against bullies of incredible size—to win the heart of the girl he loves.


“I don’t get it. How do you win?” Buck reached into Hiro’s proffered peanut bag. Not peanuts—they were some kind of peanut-shaped rice cracker, shiny, tasted like soy and sushi. They could grow on him.


“It is simple.” Hiro sat up straighter. “There is the ring.” He pointed to the stage area. It was about three feet high and about fifteen feet square. On it was painted a ring with two parallel lines of paint inside, a few feet apart. From above, the ring looked like a giant electrical outlet.


“Each man tries to push his opponent out of the ring, or make him touch the ground with any part of his body other than the bottom of his foot.”


“There are no weight classes. Every wrestler competes against every other wrestler in his level, no matter their weight. Sure, the heavier guys have an advantage, even when they are strong to start with. That is why they eat so much chanko nabe.”


“What’s that?” It sounded like Campbell’s Chunky Soup. Or blowing chunks.


The truth lay somewhere in the middle.


“Is it good?” Buck’s stomach growled when he heard about the soup. It had been a while since the fish hot dogs.


A man of incredible energy started shouting through the loudspeaker. Hiro translated.


“The comic sumo is starting. It sounds like…they will do three skits. The first two are traditional, like I explained. The third will have a surprise guest star.” Hiro sounded dismayed. “They will be selecting a member of the audience.” He frowned and huffed in irritation. “If it is a woman, I am sorry, Buck. I will have to leave.”


Hiro, defender of tradition. Buck couldn’t afford to be a purist. He was just wrapping his head around it all.


The slapstick skit needed no words. The small man approached the massive sumo wrestler with a cocky attitude and got trounced. In the second play, two ancient sumo wrestlers went at each other with decrepit vigor and then simultaneously fell backwards onto the floor into deep sleep.


Buck laughed along with the audience. The guys’ wrinkles-a-flapping made Buck chuckle. Hiro looked up at him and gave a broad smile. Buck liked this kid.


“Someday, Buck, I want to be a sumo commentator. Did I tell you this already? It’s my life-dream!”


The lights suddenly snapped off, leaving Buck in inky darkness, wondering whether he had his own “life-dream.” The loudspeaker’s voice rumbled, with a drum roll of Japanese ilk bumping behind it. Buck had no understanding of the words, but he knew they were introducing the guest wrestler. Who could it be? Some international star even Buck would recognize? He let his mind wander through faces of possible celebrities as his eyes followed the moving spotlight from one section to another in the arena.


When the spotlight came to a stop, it was shining directly into Buck’s eyes. His hand flew to shade them. 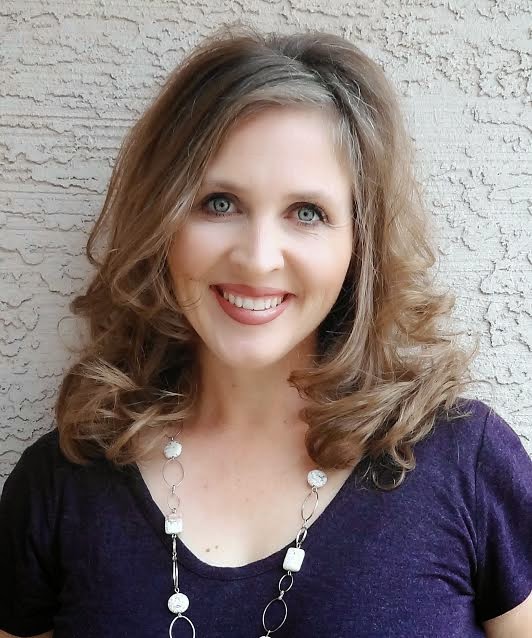 We know you are so excited to learn more about this book and Jennifer Griffith so jump over to these blogs to learn more.