We're so excited to release the cover for the upcoming release from Elisabeth Grace,
COLLATERAL DAMAGE.
It releases February 19th - and you do not want to miss meeting Calder!
Check it out below, as well as a giveaway and an excerpt!

Hollywood It Girl, Francesca Leon, has just landed the biggest role of her career…one that could clinch an Oscar nomination and open doors. If she’s going to move her career to the next level and work with top directors, she has to nail this part — and keep her sexy, but unreliable leading man from screwing everything up.

Team Calder Bad boy Calder Fox is the son of Hollywood royalty and fresh out of rehab after his best friend’s death sent him on a downward spiral of drugs and alcohol. While his fans still love him and the paparazzi stalk him, he’s never taken life, or anything about his career, seriously. He may be charming and drop-dead gorgeous, but if he doesn’t stay sober, he could ruin Frankie’s future and expose her long-hidden family secret to the voracious media. Behind the scenes Things heat up during filming and have the potential to become hotter, deeper, and much more real. But can Frankie trust Calder with her secret? Or is he doomed to sabotage his own happiness yet again?

Giveaway
We'll be giving away one kindle ARC of Collateral Damage - you can enter on the Rafflecopter below!
a Rafflecopter giveaway

Newsletter
Be sure to sign up for Elisabeth Grace's newsletter - she's releasing a new chapter of BUILT TO LAST every two weeks, which will be available to newsletter subscribers only as she writes it!


If you're US based and you want to receive a text message when Elisabeth has a new book go LIVE, text ROMANCE to 313131!

“You’re up in six, Frankie.” Brock strolled back into the room with a sheet of paper in his hand. “I’ve cleared the list of questions they’re going to ask you. Take a look for yourself though.”

I leaned forward and reached for the paper, giving it a quick once-over. Same shit, different day. That was the thing about doing a press junket. You were asked the same questions a hundred different times but only in ten different ways. By now I’d perfected all of my answers and could do these interviews as drunk and high as Calder on a Saturday night.

I mentally scolded myself…that was mean. I didn’t know what it was, but something about Calder brought out my bitchy side.

Handing the paper back to Brock, I said, “Got it,” and rose from the couch, smoothing my skirt over my thighs when I was upright.

He led me down the hallway until we stood at the side of the stage to wait for my turn. We didn’t have long to wait. Calder came sauntering off stage, appearing completely relaxed and not at all like he’d just been forced to discuss what was supposedly one of the hardest times of his life.

His gaze inched slowly up the length of my body before he met my gaze, a small smirk forming on his lips. My traitorous nipples pebbled underneath my silk shirt, and I was sure he could tell given the fact that I wasn’t wearing a bra. Note to self—avoid backless shirts around attractive men. I pressed my teeth together, more irritated than ever that I found him so physically appealing.

“Have we met?” Calder asked me with that stupid grin still on his face.

I’m sure I looked like I was trying to catch flies with my mouth. Was he shitting me? I schooled my reaction as best I could and responded through clenched teeth. “Francesca Leon.”

“Oh, right. You’re that chick that does all the indie films.”

Seriously? He was going to act like we’d never met before—like we’d never worked together? Why did that grate on me so much? It’s not like I should care one way or the other what he thought. I gave him a quick nod, not saying anything.

He put his hands in his pockets and rocked back on his heels. “Well, good luck out there,” he said before walking past me. His cologne wafted by as he passed, a mix of the outdoors and the ocean. I resisted the urge to close my eyes and breathe in deeply. I would not let that idiot’s charm affect me like it did so many other women. I was smarter than that.

A production assistant walked up, a frantic expression on his face. “You’re due on set.”

“Coming,” I said. I swept all thoughts of Calder from my mind, remembering why I was here. This was the final push for my film that would be releasing next week, after which I’d be starting production on my first mainstream, big-budget studio film. This was is it…the one I was determined would launch my career and make Francesca Leon a household name. 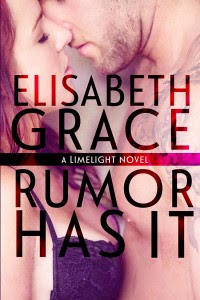 Rumor Has It (Limelight #1)

All publicity is good publicity, right? Unless you’re recent college grad Ellie Wagner and an embarrassing video of you and your boyfriend goes viral. Every man in your life abandons you, but who knew a one-minute clip of your latest doomed relationship would brand you a slut, prevent you from getting your perfect job, and force you to keep doing the one thing you swore you’d never do again…live with your mother.

But staying with mom and her latest boy-toy (is this husband number four or five?) until your life turns around might not be all bad. Especially when you fall – literally – at the feet of a sexy, green-eyed stranger who offers you freedom and a life of luxury on a gold-rimmed platter.

There’s only one liiittle problem – the man of your dreams is none other than Mason Nash, the latest hip-hop star busting up the music charts. Fame and fortune are his calling cards and he’s vying to steal the show on a new reality TV series that will catapult him into mainstream stardom. Hello spotlight.

The man behind the famous persona is perfect for Ellie in every way, but can she overcome the ugly pitfalls that come with Mason’s celebrity status? Or will she be forced to choose between the man she loves and the independent life she longs for? After all, fame and fortune aren’t always what they seem and not all publicity is good publicity… 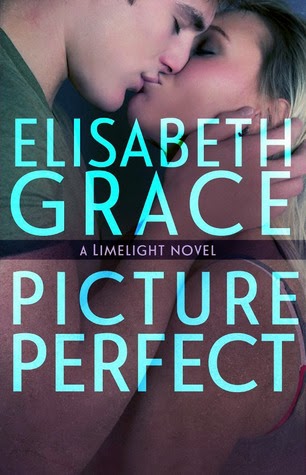 Being the daughter of a big-city mayor, twenty-one year old Skye Summers has giant shoes to fill in her first real job out of college. With the public spotlight on her family, and her dad’s expectations running high, she jumps at the chance to work side-by-side on an important project with her sexy new boss.

Playboy entrepreneur Landon Steele has built a successful entertainment PR firm and broken more than a few hearts along the way. He’s counting on his enthusiastic new assistant to help him expand his business into LA… until he discovers she’s a pampered rich girl who’s in the public spotlight as much as his famous clients. Still, he agrees to give her a chance, and soon the two are heating up the bedroom as well as the boardroom.

But when Skye’s ex-boyfriend threatens to reveal a dangerous secret from her past, her job, relationship with Landon, and her father’s career are suddenly all on the line. Will she be forced to leave Landon? Or will she pursue her heart, regardless of the cost?


***Due to strong language and sexual content, this book is not intended for readers under the age of 18.***