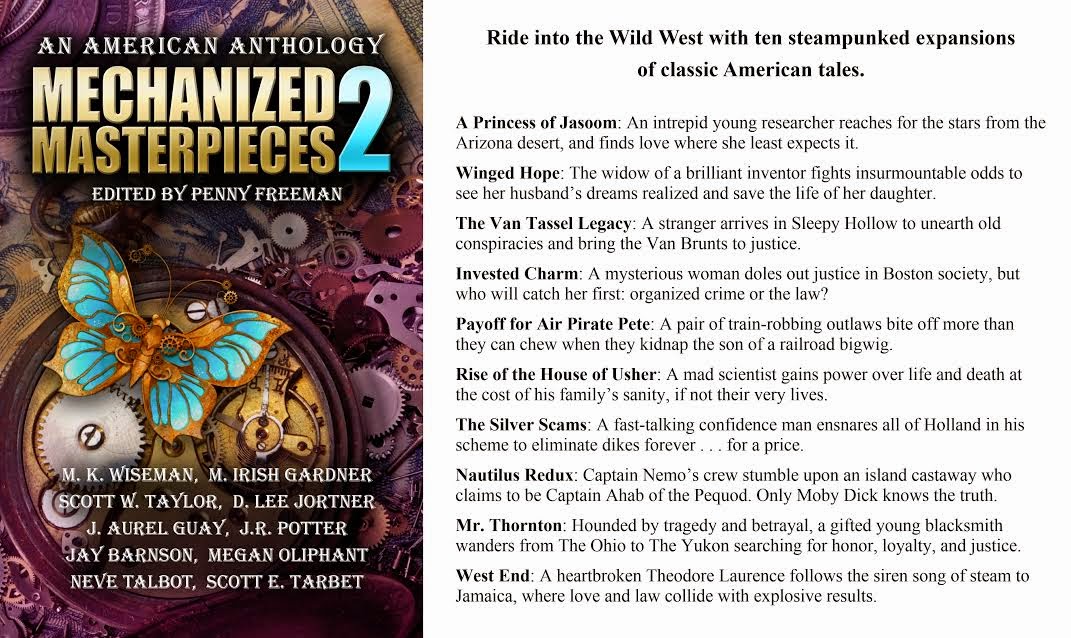 
J. Aurel Guay writes fantasy and science fiction with an emphasis on strong plots and meaningful themes. Having played at writing fiction since grade school, he revived his passion in reaction to his day work in biomedical science. “The Death of Dr. Marcus Wells,” published in Shades and Shadows: A Paranormal Anthology is his first published work. His current work in progress Jagerund is a novel expanding on the previous short story.

1. Please share how you came up with the concept for your story:


This idea goes way, way back. It has taken so many forms since inception. First, it was a mystical archeology adventure (think Indiana Jones), then a sci-fi treasure hunt, then a steampunk journey around the world, before finally finding roots in the inspiration provided by Edgar Rice Boroughs. Fortunately, I made notes when playing around with the first incarnation that dates it back 10 years ago...

2.   Please name some of your other published works:


My previously published work is also a short story. THE DEATH OF DR. MARCUS WELLS was published by Xchyler Publishing in its paranormal anthology SHADES AND SHADOWS, October of 2013. That short story, full of Victorian werewolves and mystery, spawned a larger tale that is still in progress and I hope to be my first published novel.

3.   What is your preferred writing genre?


meddle mostly in the fantasy and sci-fi categories. I find it hard to restrict myself to anyone subgenre though. In my writings, you will find magic rationalized my science, and science that reflects ancient lore. This tendency toward mixing things together is one of the reasons I have come to love steampunk. The delicate blending of old and new lends naturally to my tendencies to color outside the box.

As an interesting side note, I have something of a knack for writing paranormal that verges on horror, despite the fact that this is one of my least favorite genres to read...


I really enjoy reading fantasy and sci-fi as much as I do writing them. Any book with a unique twist on magic or technology will grab my attention. The one thing I’m not a fan of is horror. I’m an empathic person, and there’s already enough fear and hurt in the world, I avoid adding more into my mind at all costs!

Tough call. Can I list everything written by C. S. Lewis? No? how about the all seven books of CHRONICLES OF NARNIA SERIES? Still no? OK then, just THE SILVER CHAIR, and I’m throwing in THE SCREWTAPE LETTERS too.

Outside of C. S. Lewis, I’d have to say that I am a big HARRY POTTER fan, and of course I absolutely love ‘A PRINCESS OF MARS’ by Edgar Rice Boroughs.

6.   Do you have any particular writing habits?


Yeah, my habit is not writing enough... Everyone’s life is crazy, so I won’t claim to have it crazier than anyone else. I just struggle to find time when I am awake and not occupied by something else. Most of my writing sessions happen on lunch breaks in between bites.

7.   Do you have a playlist that you created while writing your story?


I often do have play lists for my stories, but for this one I can’t say that I did. If I were to pick a song, I think I’d have to go with Linkin Parks ‘WHAT I’VE DONE’. It has a bit to do with accepting oneself and becoming something new, plus being already associated with certain other giant robots can only help. ;)


The only resource I would point you toward is Chuck Wendig, so long as they are not at work, and there are not small children around... Chuck would tell them to stop bothering him and go write something good, or even bad, so long as they wrote.


That’s the bottom line. If you want to be a good writer, then write! That is the most important thing. The next most important is learning to critique yourself and others. But, when self-critiquing, be sure to put the project aside for as long as you can manage first to look at it with fresh eyes. Otherwise, it will be too close to you and see only what you think you wrote, which will be awesome, instead of what you actually wrote, which will probably be lousy. Lastly, be humble. You are not King, Tolkien, or Martin (yet). Take criticism, with a stiff upper lip. Try what suggestions even if they sound dumb. You might be surprised, and if not, there is always the backspace button.


I’m still working on the full telling of my short story THE DEATH OF DR. MARCUS WELLS, tentatively titled JAGERUND. This story will take you from the very beginnings of why there were so many werewolf attacks, through the events of the short story, and eventually sweeping your favorite main characters up in a bigger plot of intrigue that will place the fate of Great Britain in their hands!

I also want to keep up with my goal of publishing one short story per year, so keep your eyes out for that in 2016.

Character Casting:
Who would you cast for your main characters and why?

For Elizabeth Carter, I think I might cast Amy Adams. She's got the hair, and could pull off the explosive tantrums while still looking cute.

For James Brooks... James is tall, but not too distinctive in build. Many actors could portray him. Maybe Keanu Reeves, he's good at looking confused and clueless...

Author Favorite Things:
- Quote - If we knew what we were doing, it wouldn't be called Research - Albert Einstein

- Comic book character - Historically I was always a Spiderman kind of guy. But I lean more the Wolverine direction lately.

- Place you visited - the Ice Caves on Allegash Lake, Maine

This was an interesting steampunk tale set in Arizona. I don't typically read steampunk, but I pleasantly surprised with this story. The writing is invigoritating and the tale captures the imagination. Elizabeth and James were writing in a way that made them a part of you. No matter were the stars lead them, you know they will make it together.