WIN AND CREATE YOUR FORBIDDEN GETAWAY!
Lauren Blakely does it again and brings readers more smoldering, sexy nights in her Seductive Nights Series with her newest novel, FORBIDDEN NIGHTS.
In Lauren Blakely’s newest Seductive Nights novel, Nate Harper knows exactly how to please a woman. And Casey Sullivan is convinced Nate is the one to give her some hands-on guidance. Lauren wants to deliver with some pleasure for her readers too -- so she’s offering an extra special Forbidden Getaway GIVEAWAY with this novel!
Back by popular demand, Lauren Blakely has put together an extra special Forbidden Giveaway for her readers-The chance to win your very own Forbidden Night, Seductive Nights Style! This is your chance to create your own Forbidden Getaway! You'll have the opportunity to win a night at your favorite hotel and dinner at your favorite restaurant, and all you have to do to enter is take the Be Seduced Trivia Quiz about the Seductive Nights Series in the back of the novel! This is your chance to discover a Forbidden Night of your own!* Readers can access the quiz in the eBook version of FORBIDDEN NIGHTS, and will have until February 21st to enter the quiz. To be clear, the back of the FORBIDDEN NIGHTS eBook is the ONLY location with the link to the quiz.**
FORBIDDEN NIGHTS is the next novel in the Seductive Nights Series and can be read as a standalone.
*Forbidden Getaway giveaway is for a value of up to $500 only.
**Paperback only readers can contact Lauren Blakely directly about how to enter the contest. 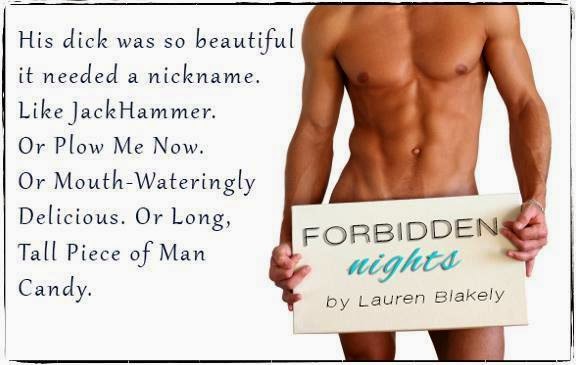 Excerpt
An excerpt from FORBIDDEN NIGHTS by Lauren Blakely
He stood in the hallway wearing charcoal slacks, a crisp white shirt, and the navy tie. Her fingers itched to unknot that tie. He was rolling up the cuffs on one of the sleeves. A businessman at the end of the workday—that’s what she would’ve named this photograph of him that she took in her mind’s eye. 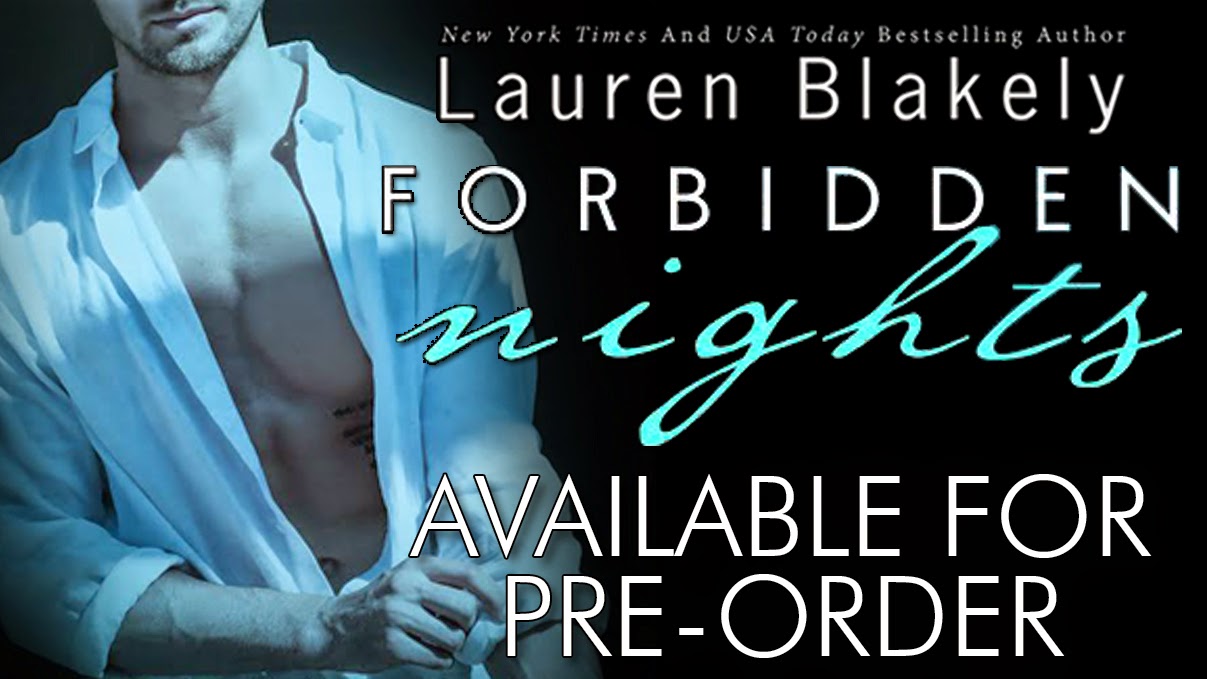 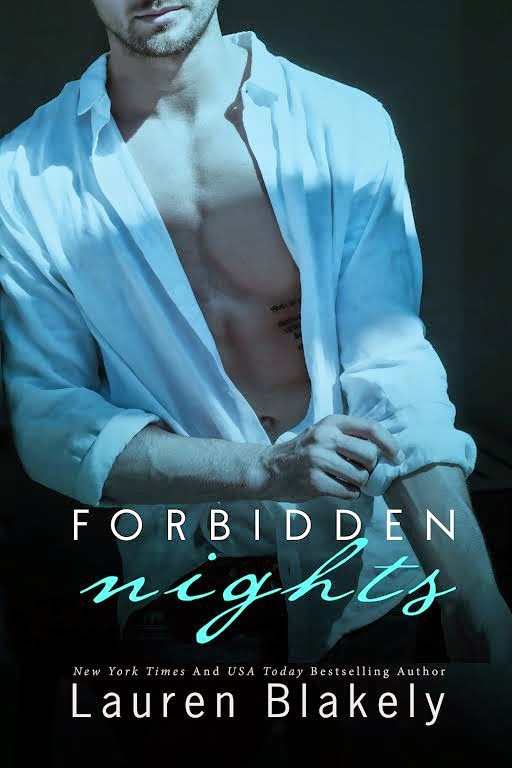 She has been the star of his dirty dreams for years.
Sexy hotel CEO Nate Harper has lusted after his good friend Casey Sullivan for a long time, and she's cried out his name in pleasure countless times in his fabulously filthy fantasies. But even though he's quite skilled at pleasing a woman, he won't act on his intense desire because he knows he's no good for her. After the kind of hurt his ex inflicted on him, he's a committed playboy for life, and Casey only wants true love.
All that changes one hot night when she comes to him with a proposition he can't resist -- she wants him to teach her to be submissive in the bedroom. Casey soon learns how very much she likes letting go of control to him. She's never been more turned on in her life than she is in Nate's arms. And he's never been more taken by a woman.
The only trouble is as she experiences what it means to let go, he starts to experience what it means to feel again...And the lessons in seduction threaten to turn into so much more than either one bargained for...
What happens when years of desire and lust ignite a passion that can't be denied?
*FORBIDDEN NIGHTS is a standalone full-length novel in the bestselling SEDUCTIVE NIGHTS series following the love affair of Nate and Casey. There is no cliffhanger in this book! You can read FORBIDDEN NIGHTS on its own, but you would likely enjoy the other books too.* 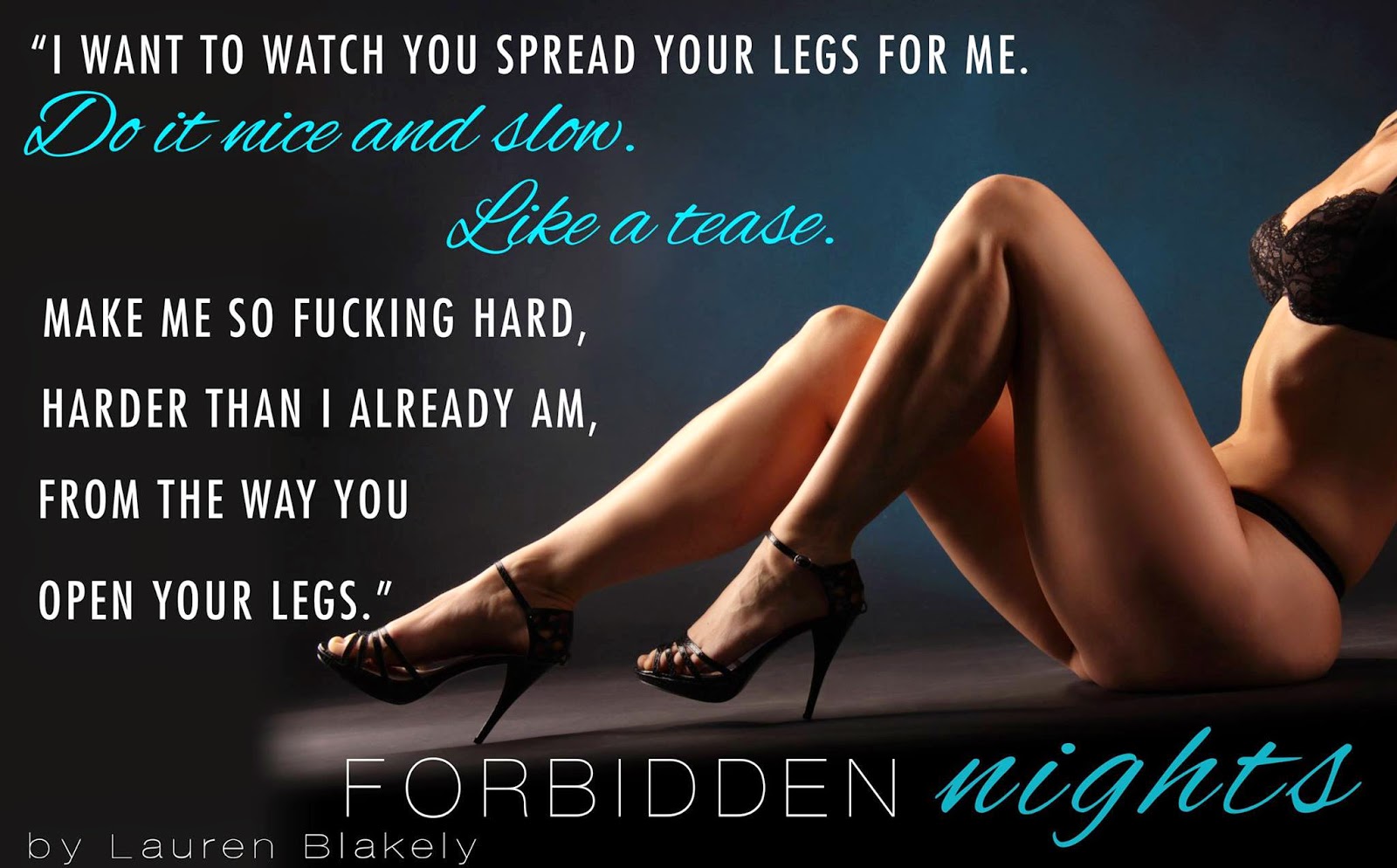 A Night of Seduction:  a teaser of Forbidden Nights 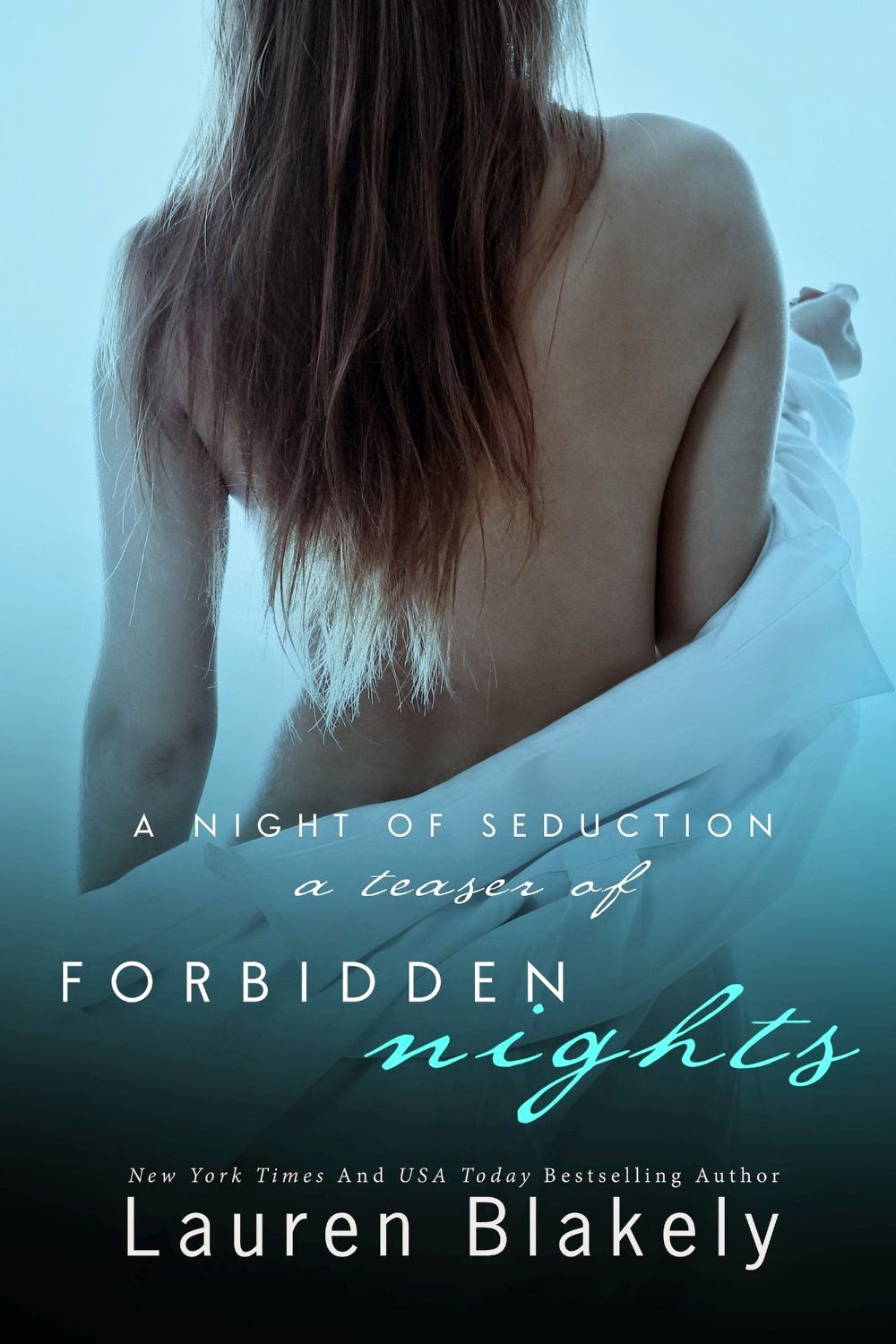 FREE!
Amazon US: http://amzn.to/1vqeYCp
Amazon UK: http://amzn.to/16sj0z0
"I don't want lessons in seduction. I want lessons in submission."
The offer is too tempting to let slide through his fingers. Having been the star of his fantasies for years now, the chance to guide Casey Sullivan step-by-step, night-by-night, O-by-ecstatic-O in how to let go of control is a dream come true for Nate Harper. The hands-on training begins tonight, in the first night of seduction.
The only problem is, how will these two best friends face each other in the morning after that kind of mind-blowing night?
*A NIGHT OF SEDUCTION is a free prequel novella that offers a glimpse of the first hot night in the soon-to-be-released full-length novel FORBIDDEN NIGHTS. This short novella will only be available until February 16. After that it will be included in the novel! THIS IS A VERY SEXY STORY WITH HOT HOT HOT SCENES!*

Lauren Blakely writes sexy contemporary romance novels with heat, heart, and humor, and her books have appeared multiple times on the New York Times, USA Today, Amazon, Barnes and Noble, and iBooks bestseller lists. Like the heroine in her novel, FAR TOO TEMPTING, she thinks life should be filled with family, laughter, and the kind of love that love songs promise. Lauren lives in California with her husband, children, and dogs. She loves hearing from readers! Her bestselling series include Caught Up in Love, Seductive Nights, and Fighting Fire. She recently released Nights With Him, a standalone novel in her New York Times Bestselling Seductive Nights series that became an instant New York Times Bestseller. Her next book in that series is Forbidden Nights, releasing in early 2015. She also writes for young adults under the name Daisy Whitney. To receive an email when Lauren releases a new book, text BLAKELY + your email address to 678-249-3375 (please use the actual + sign)
Stalk Her:
Website | Facebook | Twitter | Goodreads
Giveaway
Signed Paperbacks of the Seductive Nights Series (One Winner - 3 books)
a Rafflecopter giveaway