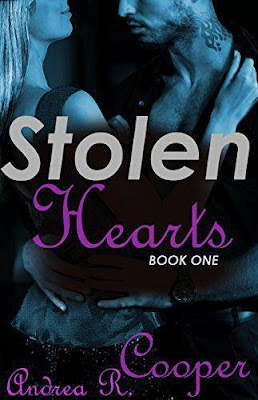 Crystal has spent her entire life training to be a thief in order to find evidence against the man who had her parents murdered. In her pursuit of justice she's had to give up her identity, her name, and any chance at love. When Crystal is forced on a blind date with the cop who is investigating her, she plays a dangerous game of hearts that could land her in a prison cell.

Kade is in search of a new life, after losing his partner. He's taken a new job, in a new city, and met a new girl. In order to keep his fresh start, he will have to catch an elusive thief targeting one of the largest corporations in the country. Desperate to forget the failures of his past, Kade has no intention of failing.

But secrets can’t be hidden forever.

Crystal shimmied down the drainpipe with her trophies tucked inside her backpack and computer files loaded onto her USB, hung around her neck disguised as a locket. This was too easy. Not like the Warren job where the COO kept changing the menu and supervised their catering to ensure they had followed the strict rules of kashrut.

She landed on the concrete with a thump, then removed her mask. Usually she worked at night when the catering gig didn’t provide the necessary cover, but she had a date this evening.

Her sister’s fiancée had called earlier that day to let them know his cousin from Texas would join them for dinner and would Crystal come along? As far as Crystal was concerned, it was the closest thing she’d come to as a real date in a long time. She’d take it.

Thankfully, her catering appointment with Westridge canceled yesterday. While she enjoyed cooking, it was only a cover for her and her sister’s illegal activities. What she excelled at was computers, but having a career in that field, now, would be too suspicious. Her IT skills far exceeded a Level One Help Desk worker. She despised working for Westridge, the man who had her mother killed and her dad thrown into jail, but catering was the easiest way into her target’s homes without suspicion. And she refused to pose as a cleaning lady and scrub their filth.

Years ago, Dad found what he thought was a series of accounting errors. For his honesty trying to help Westridge correct the problem, he was thrown in jail to rot. Westridge and his company framed her dad for embezzlement and sharing confidential information with preferred suppliers to obtain favors. Now she and her sister were halfway toward exonerating him and exposing Westridge and his corporate crimes. To see the look on Joshua Westridge’s face when he was convicted would make all her and her sister’s sacrifices worth it.

Thunder boomed as she weaved through alleys, stinking of rotting food and urine. She barely made it to her car before thunder rumbled.

Crystal checked the time on the dashboard, almost seven. No time to waste. Paul and his cousin, Kade, were picking up her and her sister at seven-thirty. Her car hummed to life as she stashed her backpack behind her seat. The stolen cash, including a recently purchased blood diamond necklace, lay inside. Hopefully the money and necklace would throw off Westridge’s Sales Manager to the fact that computer information had been the real prize. And hopefully, they wouldn’t discover the truth until it was too late. For now, another piece of the puzzle to exonerate their dad and lock Westridge away lay on her chest inside her locket.

She whipped into traffic and hit the wipers as fat drops of rain slapped against the windshield. Great. Ahead, a red light flickered as taxis and cars lined up behind it. She debated taking Ninth, but decided against it. Construction was still ongoing and traffic would be worse than this.

Maybe squeezing in a job before dinner wasn’t such a great idea.

Shopping or Reading – Toughie…how about shopping for new books

Ocean or Lake – Ocean (but without the sharks please)

1. When did you first realize you wanted to be a writer?
When I was fourteen, I started writing poetry, and that paved the way for writing novels. However, it wasn’t until I wrote my first full-length novel in my early thirties, that the dream of becoming a write took hold.


Depends. During my first NaNoWriMo, I wrote Claimed in twenty-eight days. Before that, Son of Dragons took me two and half months.

I still have novels that are in various stages of writing and need to be finished.

3. What is your work schedule like when you're writing?


If I’m on a deadline, I squeeze in writing after work when my two younger kids are playing. Then after they go to bed, I write until midnight. I’m not a morning person, so early days are spent getting myself into work full-time. I’m more creative at nighttime anyway.

4. What would you say is your interesting writing quirk?


I have to have noise. Either music, the kids playing, TV, something while I’m writing.

5. How do books get published?


Now there are multiple ways to get books published. Either through a traditional publisher, small press, or Indie (self-publishing).
A writer may obtain an agent to represent them to publishers, or more and more publishers are accepting unsolicited (meaning unagented) material. My opinion is to try both – send query letters to both agents and publishers.

6. Where do you get your information or ideas for your books?


Everywhere. Dreams, interesting tibits in the news or history. For example, Viking Fire emerged from finding out the name Lochlain or Lauchlin was Gallic for Viking (which my grandmother’s maiden name was McLauchlin).

7. When did you write your first book and how old were you?


I wrote a few chapters of a novel I never finished when I was eighteen. Then life intervened with college, marriage, a child, divorce, then finally a second marriage and two more kids. The first novel I completed was when I was thirty-one.

8. What do you like to do when you're not writing?


Sleep.LOL. I have two kids under the age of five, work full-time, and rarely get more than six hours of sleep a night if I’m lucky.

Otherwise, Zumba and reading are top on my list.

9. What does your family think of your writing?


They are supportive. However, my five year old asked why my book didn’t have any pictures and so many words.


10. What was one of the most surprising things you learned in creating your books?


That the characters and stories come to life. Many surprises in my novels were unplanned. I love that I discover exciting things while I write.

11. How many books have you written? Which is your favorite?

12. Do you have any suggestions to help me become a better writer? If so, what are they?


Read your novel aloud. Read books on writing, fiction novels you like and don’t, nonfiction, everything. Get several critique partners or join a writer’s group either online or at a library.

13. Do you hear from your readers much? What kinds of things do they say?


I’m thrilled when I hear from my writers. Many say they love a character and/or want to know when the next book in one of my series is coming out.
Or that they loved a story so much, they want more, even though I’d not planned to write another story with those characters, their words make me add another novel to my growing list to write.


Yes. I think children’s authors and YA authors deserve special recognition. Condensing down a story into a few words, making them memorable, or getting the balance of a complex teenager is hard. I’ve tried it and to me, it’s much easier to write adult books.

15. What do you think makes a good story?


An interesting story, unique three-dimensional characters, and a surprise or two in the story.


I wanted to be a teacher. However, I thought all the kids would be like me and wanted to learn and listen to the teacher. Sadly, the reality isn’t like that.


Live your dreams. It’s taken me awhile, but now I’m satisfied with my life. It’s not perfect, but I’m happy. 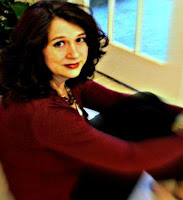 Andrea has always created characters and stories. But it wasn't until she was in her late twenties that she started writing novels.

What happened that ignited the writing flame in her fingers? Divorced, and disillusioned by love songs and stories. They exaggerate. She thought. Love and Romance are not like that in the real world. Then she met her husband and realized, yes love and romance are exactly like the songs and stories say. She is now a happy wife, and a mom to three kids (two boys and a girl).

Andrea writes paranormal and historical romance. When not writing or reading, one may find Andrea dancing in Zumba.