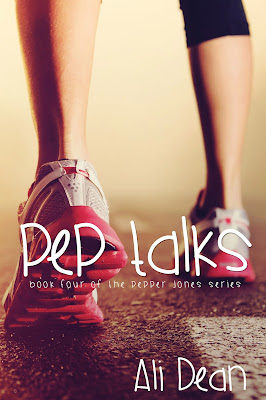 (This is the fourth book in the Pepper Jones series, which should be read in order. The first three books in the series may be purchased as a box set for a discounted price, under the title “The Pepper Jones Collection.”)

Pepper’s freshman year at college is a harder transition than she anticipated. Uncertain of her coach’s expectations or her place amongst her new teammates, she struggles to redefine her running goals and identity on the cross country team. Pepper’s steady relationship with Jace should be a source of comfort as she navigates the college social environment, but an unexpected event throws everything between them off track. Also, hear from Jace’s point of view for the first time EVER. Growing up is hard, and when you’re Pepper Jones, running may be the only way to help you get through it.

Books in the Series 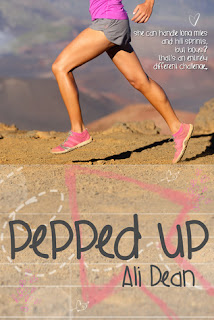 Pepper Jones is ready for an epic cross country season. She wants to qualify for Nationals, and she’s willing to do anything it takes to make it happen. She can handle long miles and hill sprints, but boys? That’s an entirely different challenge.

Pepper’s never considered revealing her deeper feelings for her longtime friend, Jace Wilder. After all, he’s got the personal magnetism and good looks to hook just about any girl in town -- and he has. Their friendship stands apart from high school social circles, and they’re both just fine with that (or at least they pretend to be).

That is, until running star Ryan Harding moves to town.

All Pepped Up
Pepper Jones #2 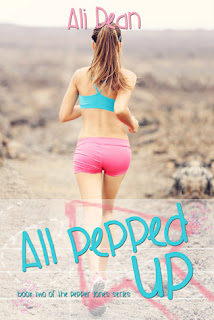 Pepper Jones knew that being Jace Wilder’s girlfriend wouldn’t be simple. But she didn’t predict just how many complications would arise from his past. Jealous girls? That she expected. Family secrets? Not so much. At least Pepper can always hit the trails to clear her head… except when it comes to racing. The high expectations from her phenomenal cross country season haunt her, and she can’t seem to get psyched up for track season. Pepper’s junior year at Brockton Public is full of challenges on and off the track, but she’s not afraid to face them.

Pepped Up and Ready
Pepper Jones #3 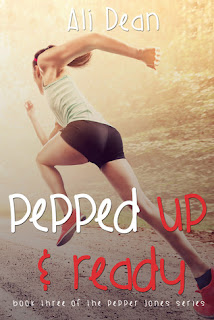 Pepper is finally a senior, and she’s determined to defend her national cross-country title. Although Jace is busy with the demands of college football, he’s still at Pepper’s side, supporting her goals. But is she taking her renewed enthusiasm for training too far?

As Jace and Pepper focus on their athletic ambitions, they discover that Jace’s social status has followed him to college, despite his attempt to keep a low profile. With her boyfriend as an idol on campus, Pepper discovers that she might just be a target to those who find Jace threatening.

Are Jace and Pepper strong enough to withstand the pressure from those who want something from them? It won’t be easy fighting for her title and her boyfriend, but nothing easy is worth winning… or keeping.

Ali Dean lives in Colorado with her husband, twin toddlers, and golden retriever. In addition to reading and writing, she loves the outdoors- everything from marathon training and biking to snowboarding and skiing.