All of Jared Sinclair’s wealth still can’t ease the pain from his terrible childhood…or his guilt over a recent tragedy. Unable to forgive himself, the billionaire property investor buries his emotions, toughens his skin, and becomes a notorious womanizer, refusing to commit his heart to a woman when he’s convinced she wants only his wallet.

But ever since Jared arrived in Amesport, Maine, he’s been intrigued by Mara Ross, the petite and sexy shop owner who asks nothing of him. When Mara’s store is purchased without her knowledge, she stands on the brink of losing her home, her livelihood, and generations of family history. Then the irresistibly persuasive Jared proposes a business deal to Mara…and soon draws her into a steamy, sensual affair, convincing her that he’s anything but cold. However, when a revelation shakes Mara’s fragile trust to the core, Jared must finally confront the truth about his past.

In The Forbidden Billionaire, J.S. Scott brings the next chapter in her passionate Sinclairs series to life. 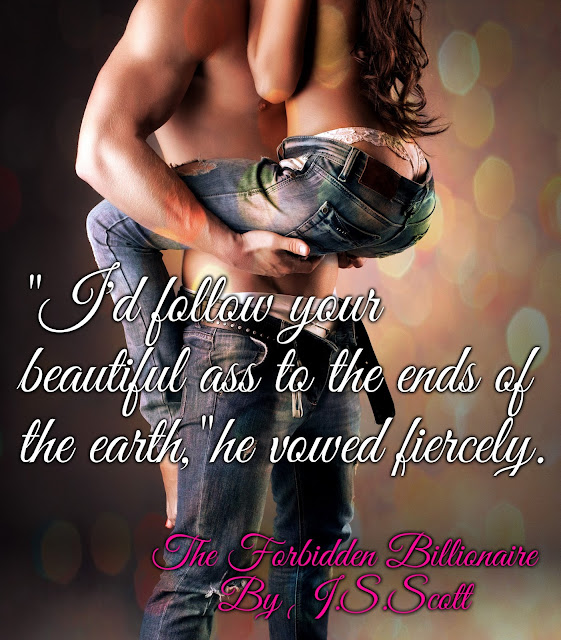 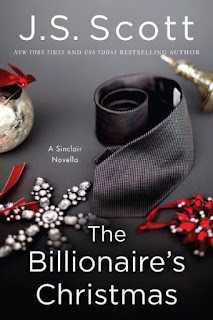 Called an eccentric beast by the citizens of Amesport, Maine, handsome, sensual billionaire Grady Sinclair stays isolated in his mansion on a private peninsula. The arrangement suits Grady just fine—until an unassuming woman rings his doorbell, awaking his long dormant passion with her fearlessness. All he wants is to make the fiery blonde his forever. But will he have to become the monster everyone thinks he is to get his Christmas wish?


Emily Ashworth is desperate. The Youth Center has been robbed of all its money, and as the director, she has to find a way to give the town’s needy children the Christmas they deserve. With nowhere else to turn, she ventures to the mansion of a mysterious billionaire to ask for help. Warned to expect a beast, Emily is shocked to find Grady Sinclair a handsome and very sensual man. With steamy kisses under the mistletoe and seductive whispers while hanging the wreath, Emily finds there’s more to Grady than meets the eye. Is this misunderstood billionaire just a lonely soul who needs the gift of love for Christmas? 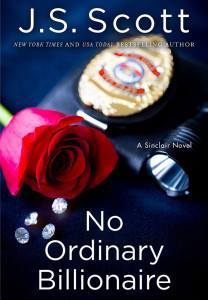 Dante Sinclair never cared about his family’s money. All the ultra-sexy billionaire ever wanted was to be a cop; and now that he’s a homicide detective in Los Angeles, he’s a damn good one. But when he is injured and loses his partner in the line of duty, he returns to his vacation home in Amesport, Maine, to recover. With a mouth as dangerous as the streets he protects, Dante knows no one can ever heal or tame him.


Sarah Baxter, a brilliant young doctor still struggling with her stifled upbringing, has recently moved from Chicago to sleepy Amesport to escape her past, hoping to find peace. When Sarah is assigned to Dante’s case, there’s an instant heat between them. They couldn’t possibly be more different, yet their intense passion is impossible to ignore. As burning desires awaken within Sarah, her haunted past returns, threatening her once again. Can Dante overcome his grief and unravel the secrets Sarah is hiding in time to protect and rescue her? 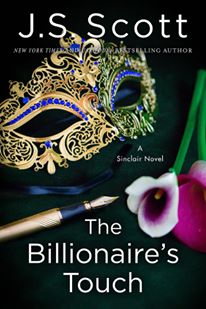 After a troubling childhood, wealthy Evan Sinclair likes his life orderly and controlled. He rarely gives in to spontaneous urges—until he begins a chance correspondence with a mystery woman who sounds like his complete opposite. She intrigues and amuses him, and the interest seems mutual…which is more than he can say for his current obsession, Miranda Tyler, the tough-as-nails, sexy schoolteacher who’s made it clear she’s not impressed—or interested.

Miranda finally has it all: a good job, friends, and the security of living in the quaint coastal town of Amesport, Maine. She even has an anonymous pen pal—a man she’s never met yet has bonded with almost effortlessly. The only thing unsettling her life is Evan Sinclair. The handsome billionaire is arrogant, pompous, and far too used to getting his way. Miranda tries her best to avoid him, until Evan’s steamy kiss turns her world upside down.


Soon their red-hot desire is scorching the sheets and has them both spinning out of control. But when secrets are revealed, will their insatiable attraction keep them together or force them apart? In J.S. Scott’s The Billionaire’s Touch, the eldest Sinclair just might have met his match.

J.S. Scott is a New York Times and USA Today bestselling author of steamy romance. She's an avid reader of all types of books and literature. Writing what she loves to read, J.S. Scott writes both contemporary steamy romance stories and paranormal romance erotics. They almost always feature an Alpha Male and have a happily ever after because she just can't seem to write them any other way!