Ronnie Sears has a college degree, a promising future, a boyfriend, and a plan. But, her perfect life comes crashing down around her in the blink of an eye. Arrested, framed for drug smuggling, and facing years behind bars, Ronnie sees no choice but to run. Only she can prove her innocence.


Nikko Marino is a sexy, devastatingly charming bounty hunter. His job, as told to him by his older brothers, is to keep an eye on the curvaceous blonde. Make sure she doesn't run. But what his brothers don't know is that he and Ronnie have a past. He and the Ice Princess are more than mere passing acquaintances. She makes his blood burn, and he knows how to warm up this woman.

Nikko wants to prove himself, but this beauty might just take him down. With his reputation on the line, will Nikko, the hot-blooded youngest Marino, fall for this temptress? Will he be able to protect this beautiful bounty from herself, from the man who framed her, but most importantly can he protect his heart? 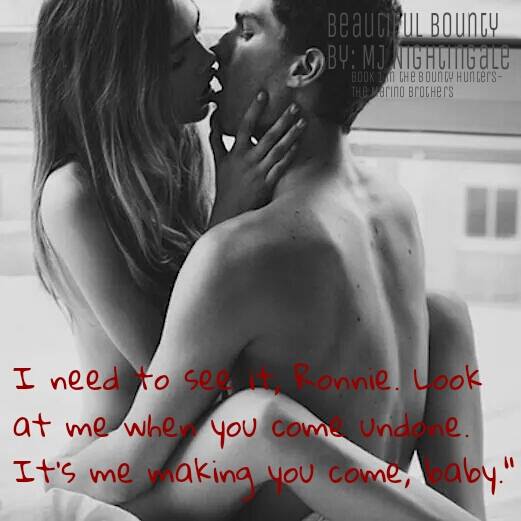 
If she had to sleep with him one more time, she thought, she would do it. In the intensity of the moment her heart raced. She felt Nikko sink to the bed behind her, and then before her mind could make sense of what was happening, he hauled her to him. She was over his knees and he had panties down, and without warning, he struck. He was spanking her. Hard! He had meant it.

“Don’t scream,” he threatened. “And, that was for drugging me,” he breathed. She began to struggle.

“Oh, no you don’t,” she cried out after the initial shock from the first strike had passed. His arm lay over her back like iron pinning her to him.

Whack, came his hand again. “That was for the barbecue sauce.”

“Ouch, Nikko, please,” she begged as her other ass cheek flamed from the intensity of the slap he gave her. She continued to struggle, but kept her voice down despite the pain and humiliation.

Whack! “That was for stealing my car,” he breathed as she cried out his name softly begging him to stop. The force of the blow took her air for a moment.

Again, his hand descended. “This was for making me worry.” She gasped and cried and took it.

Whack! “This is because I care god dammit,” and he hit her again with all the ferocity he thought she could handle. Her cheeks were on fire. She jumped each time he hit her, and by the sixth and final strike, she was crying and lay in a heap over his legs.

He slowly turned her over, and the tears he saw there were genuine. “Look at me, Ronnie,” he whispered softly, brushing the hair out of her face. She looked at him sadly, the tears streaking down her beautiful face. His eyes lost their anger, she noticed even though she couldn’t meet his gaze for long. His tone softened. “Ronnie. You deserved that.” She sniffled and nodded.


She couldn’t look at him still. She did. She knew it. His hand began to stroke her back, and still she could not meet his eyes. Guilt overwhelmed her. But when his lips brushed her shoulder, she turned and saw something strange and startling there in his eyes. She couldn’t look away if she tried.


“And that was because I fucking love you, Ronnie. God help me, but I do. I came because of that, and I was scared to death you were going to get hurt. Not for my brothers, not for the money. I came because the woman I love was putting herself in danger.” He saw her eyes go from pain to shock to surprise. He had one more thing to say. “Ronnie, baby, please believe me. I never slept with that woman.”


She saw stark, bleak desperation in his eyes. Could it be? Ronnie ran the gamut of emotions. His words. She couldn’t believe what she was hearing. She saw his eyes, and more than his words, she saw the honesty there. Suddenly, she didn’t feel the pain his hand evoked, and she reached her hand up to touch his face, as a single tear formed in his eye. She swallowed. He watched her.

“I . . . believe you,” she whispered. She did. But she couldn’t find the words to express what she was feeling. Her shock was just that great.

His lips descended and the kiss they shared said it all. Ronnie grabbed the collar of his shirt and pulled him down with her to the bed. This time what they did wasn’t fast, and even though it felt like their time was running out, he wanted to show her with more than words just how much he loved her. And she let him. 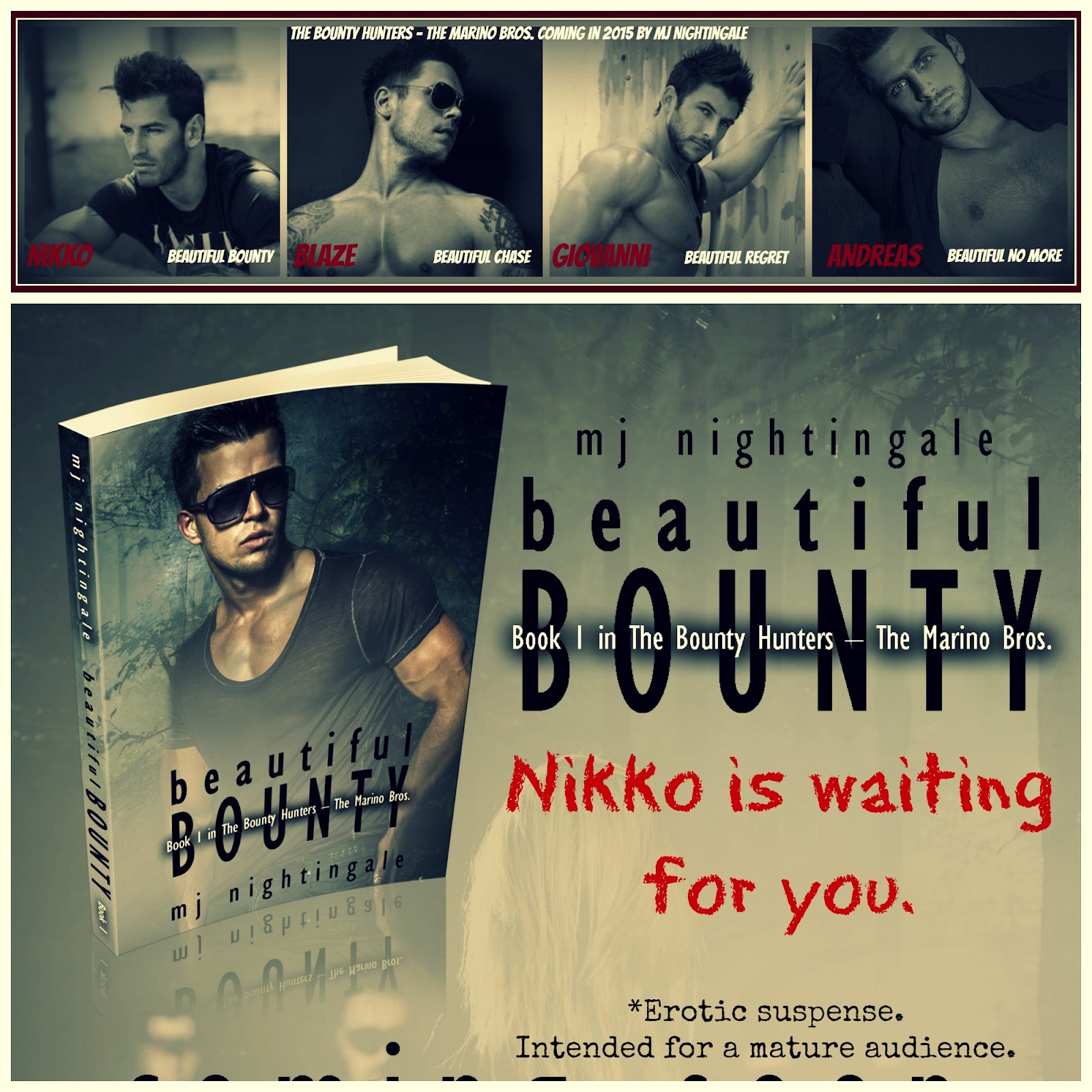 MJ Nightingale has been a teacher for over two decades. Writing is her new career, and something she has wanted to do for a very long time. But reading has been a part of her life since she was a child. She has been an avid lover of romance novels, and they have always held a special place in her heart. When not working, or writing, or spending time with her children, she devours books all summer long, and any type of fiction; thrillers, crime, suspense, contemporary, and drama.