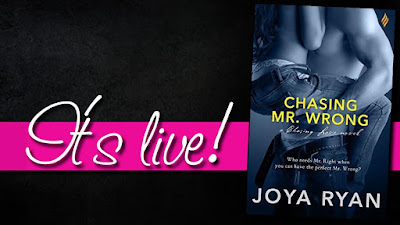 Who needs Mr. Right when you can have the perfect Mr. Wrong? 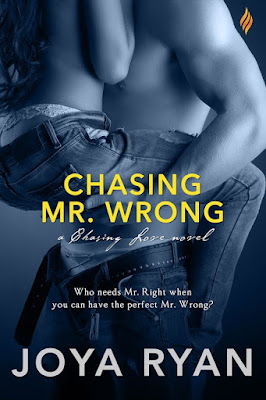 Ryder Diamond—the town’s golden boy—doesn’t have time for taking chances, let alone love. Against his better judgment, he lets his buddies set him up on a blind date with a girl who’s only passing through town. But temporary or not, Whitney James sets fire to desires he can’t control.

Before they know it, Ryder and Whitney are in a supply closet, drowning in lust. She’s only in town for the summer—what better way to spend it than in the arms of Mr. Perfect? Except, she’s wild and free, and he’s Mr. Stability. Which means he may as well be Mr. Wrong.

And her new job? It’s with Ryder’s sister.

Sex and the inability to keep their hands off each other are the only things they have in common. But this little hook-up has “disaster” written all over it...and the only way Ryder can save his reputation is by avoiding the sweet little firecracker who could ruin it all. 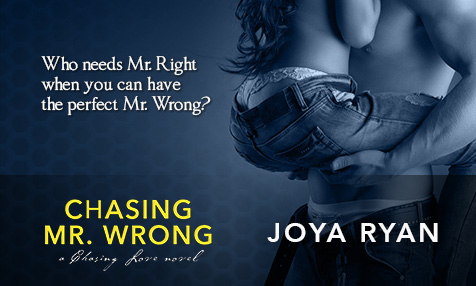 “So you’re from around here?” the sexy brunette asked as she eyed her shot and bent over the pool table again.

Jesus Christ, Ryder needed to get a grip. He couldn’t stare all night at her perfect ass in those insanely short shorts. Her shirt was tied up and gave flashes of her tight stomach, and Ryder had to take a deep breath. Maybe Bass was right. It’d been too long since he’d gotten laid.

“It’s not a hard question, big guy,” she said, snapping his thoughts out of the gutter and back to reality. Where were his manners?

“I’m sorry, sweetness. Run that by me again?” He stood straighter, gripping his pool cue as her big, chocolate eyes flashed up at him with a smile.

“I asked if you were from around here.” She hit the five in the side pocket and straightened.

Was he from around there? Technically, the lodge was in Diamond County, but it wasn’t zoned in the town of Diamond. He’d have to hold onto that technicality. If he so much as gave his last name, the connection would be made and the questions would start. Was he rich? Was he married? On and on.

For now, he wanted to take advantage of what Bass had said. This woman was passing through for just one night, and for one night, he didn’t have to be Ryder Diamond of the founding Diamonds.

“Not exactly,” he finally answered. It was the truth, basically.

She nodded and looked at him. Those roaming eyes gave off what he knew was a look of interest. And damn, it was a mighty fine look.

“You’re a little mysterious, cowboy,” she said, her east coast accent kicking up just a hair.

“Not a cowboy.” He drawled the last word and dropped the vowel just enough to gauge her reaction. Judging by the quick intake of air, and those high perfect breasts pressing tight against that shirt, he’d guess she was toiling with the idea of what getting down and dirty with a country boy was like. And he’d happily show her. “You wanna tell me where you’re from?”

She glanced away. “I move around a lot. Not really from anywhere.”

Huh. So she was playing the part of a mystery as much as he was.

She bent over the pool table again, even though it was his turn. He happily let her have the shot.

“How about this,” he said, and came to stand by her. “Why don’t we skip all the personal questions? You just tell me about yourself, however much or little you’d like.”

She cocked an eyebrow. “The more mysterious, the better?”

With her pool cue perfectly aligned, she winked at him, and then, without taking her eyes off him, she nailed the shot and sank the three ball. She was better than good, and that had him instantly hard. She was young, hot, and stirred his blood in a way it hadn’t been in a while. Maybe ever. Because with her lush mouth and hypnotic eyes, it was hard keeping his manners at the forefront, especially when she represented everything easy, fun, and wild.

And good Lord, he would make sure tonight fulfilled every fantasy he’d denied himself. Just like a diabetic sampling chocolate frosting…only once Ryder had a taste, he’d consume the whole damn cake.

She’s bad for you…

The quiet voice whispered that familiar warning. She was a temptation that he should be struggling to resist, yet every beat of his pulse told him that she’d be worth the sin. A night of lust to scratch this damn itch, then he could go back to his normal life tomorrow.

He’d been burned by a woman before. A woman like the one in front of him. Sexy, wild, and looking for fun, not for serious. And Ryder was a serious guy. Had to be. The second he wasn’t, he lost control and paid the consequences dearly.

Don’t get sucked in… Resist.

“I like personal details,” she said. “But not the boring kind. I don’t want to know where you’re from or what you do.”

Ryder nodded. He could get on board with that. “Details, so long as they’re not boring. And how do we go about that?”

She gave a wicked grin and ran her teeth over her bottom lip. He watched every damn slide, wishing to hell he could taste what she was tasting. 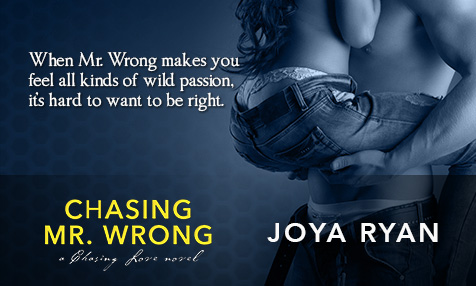 “Maybe we should take baby steps,” she said, taunting him just enough to get that silver spark in his eyes to glint. “I wouldn’t want to frighten you with my wild ways.”

He raised a brow. “Me? Frightened of you?”

She shrugged, but the way his body moved made the hairs on her neck perk up and pay attention. He stalked behind her and stood tall so that she was caught in his shadow. His hands moved ever so slightly as if he could snatch her in a single second and do what he wanted with her.

And she’d let him. Because the raw power that dripped from him was engulfing. So that was what it took to bring out his wild side—a challenge he couldn’t refuse. And boy, now she had to wonder if she’d gotten more than she’d asked for. He exuded a dominating presence that refused to be ignored.

“You looking to taunt me, little girl?”

“Just looking to learn you.”

That made him stop. Shit, had she said the wrong thing? This was only for a single night. But she wasn’t going to bore him with her plans for the summer—make some money so she could move on to the next place. This guy wasn’t even from around there. Looking to “learn him” had been a poor choice of words for a man she would never see again. Yet she couldn’t bring herself to back down from her statement. She only had tonight with him, but she planned to learn everything she could about how to give him pleasure.

“What is it you think you’ve learned so far?” he asked.

“You’re polite, but I think you have a wild streak just like I do.” She tapped her chin, revving up that alpha instinct he was keeping a tight hold of.

“I wonder…” she said. “Do you ever get to act on that wildness?”

“What makes you think I don’t?”

“Maybe because I’ve never gotten the lady out of my bed long enough to make it to the lake.”

That got her attention real quick. He was good. Very, very good. And while she was certain he was also a nice guy, it was becoming clear there was an intensity to him that he rarely, if ever, got to explore. And she wanted to tap into that wicked darkness he was caging up.

“I’ve never had sex with a cowboy in his truck,” she said.

He unleashed the sexiest grin God had ever gifted a man, and he took one more step until he was toe-to-toe with her.

His breath hit her lips when he said, “Like I said, sweetness, I’m no cowboy. But I do have a truck.”

She was about ready to scream the word and rip his clothes off. Instead, she finished her drink and tried to keep her body from buzzing out of control. Calm and seductive. Maybe even a bit coy. That wasn’t exactly her game—she preferred being direct—but if that was what Ryder needed, she was all too willing. She was game for anything and refused to cower behind inhibitions. Just looking at Ryder had her thinking that the few interactions she’d had with boys in the past were nothing compared to the man that stood before her.

She finished her drink and set it on the edge of the pool table. His eyes were locked on her, silent and waiting. He didn’t have to pretend at control, he owned it. That much was clear from the stillness in his frame and the confidence in his stance.

There was a back door out of the billiard room. She slipped her hand into his large one and tugged him to follow her. He did, and right when they hit the small hallway, his grip tightened and he spun her around to face him.

“Fuck baby steps,” he rasped against her mouth, then snagged her bottom lip between his teeth, tugging slightly and bringing her in for the hottest kiss she’d ever had. 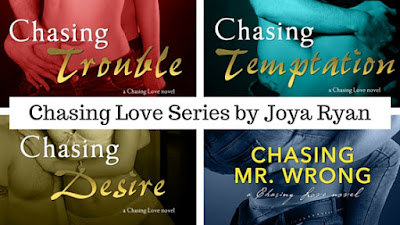 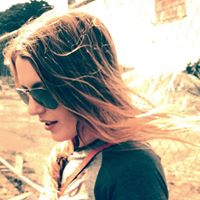 National and international bestselling author Joya Ryan is the author of the Shattered series, which includes Break Me Slowly, Possess Me Slowly, and Capture Me Slowly.

She has also written the Sweet Torment series, which includes Breathe You In and Only You.

Passionate about both cooking and dancing (despite not being too skilled at the latter), she loves spending time at home. Along with her husband and her two sons, she resides in California.