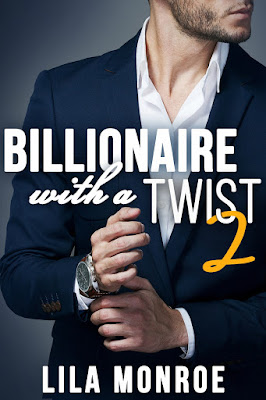 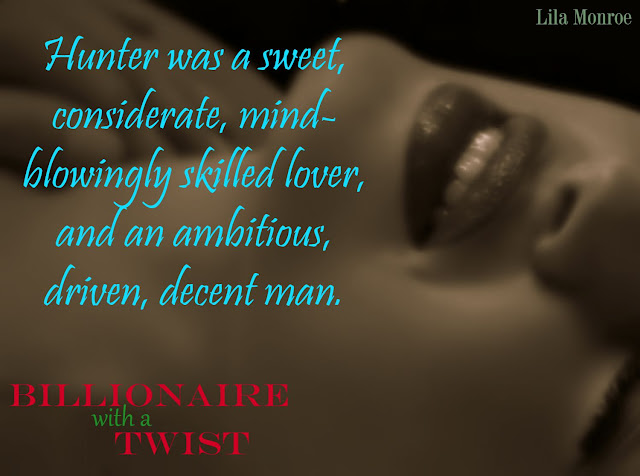 Billionaire Hunter Knox hired me to save his family bourbon business: I’ve won the big pitch, but now trouble is only just beginning. I’m on a tightrope trying to keep my career from crashing out like a coed after a dozen jaeger shots, and I’ve made it clear to Hunter, our sexy one-night fling can't be repeated.

So what does the guy do? Turns around and starts dating my sister.
Pour me a double. 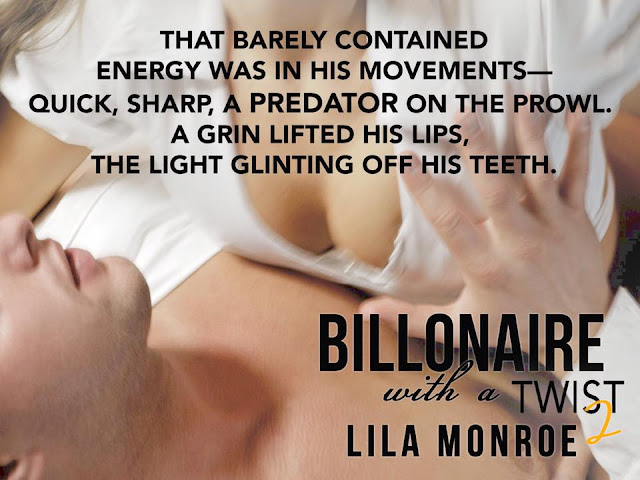 
Sweet Jesus, Mary and Joseph! This journey that Lila is taking us on is incredible. When this book starts, I am dying along with Ally. Then things take a turn and I feel like I am flying with all the happiness. And then the end comes and the cliffhanger that Lila gives us leaves me gutted. So gutted that I think my heart actually stops and the tears start flowing.

This story picks up where Part One ends; Hunter walking into dinner with Paige on his arm. Ally knows that he can see anyone that he chooses, but seeing him with her sister is just too much. Ally is a strong, independent individual, but everyone has their breaking point and she is quickly coming to that point.

Hunter is deliciously seductive with a set of very kissable lips. Lips that you want all over you. He knows that he must do everything to keep the business in his hands, but he also wants Ally and will do anything to get her to admit she wants him just as badly. Even with his determination and a sneaky plan, Ally is a wild card that could bring his empire down with a few choice words to the wrong people.

Ally and Hunter, after working through their issues and the whole Paige matter, finally start a steamy affair that both have been dying to have since their first meeting.

But just as this affair starts, something happens that implodes this couple and ends everything they just started. Can our couple find a way to make things right and start anew, or have we seen the last of these two.

Seriously, Lila knows how to tell a story that will capture you, hold you hostage, and leave you dangling in the wind while you want for the next part of the series. Hunter is just like his liquor, smooth and tasty. Ally has spunk and fire that makes her desirable. Put these two together and it's like a wild fire roaring out of control.

This story will have you laughing, crying, dying, and burning hot. Lila has never let us down, so I look forward to see how this story will end. Will Hunter and Ally walk into the sunset, happily ever after or will they walk away from each other. I'm hoping it's the former. 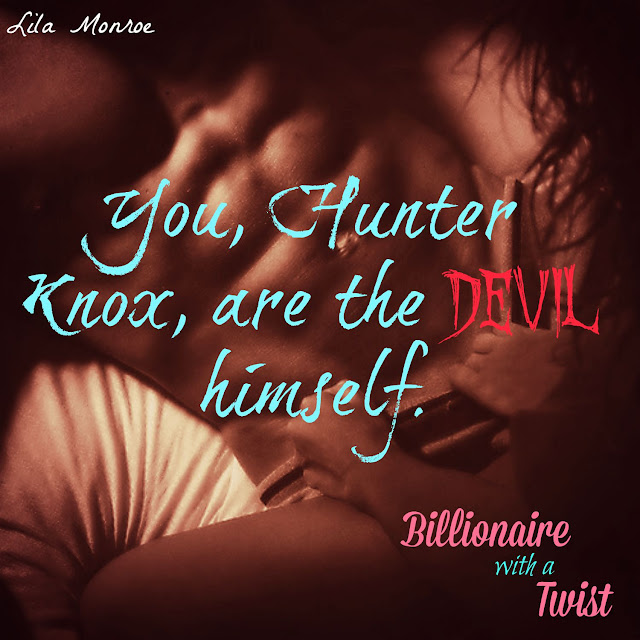 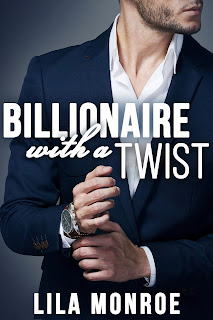 My finger hovered over the button as I considered what to send him next.

I briefly considered a topless pic before discarding that idea; if someone from work ever found our dirty texts, I could claim someone else had sent them from my phone, but how that hypothetical someone had got their hands on a topless shot of me would be much harder to explain away.

I filed that idea away for a day in the future when I worked at a company where my colleagues weren’t untrustworthy sexist shitheads, and sent ‘miss u’ instead.

I immediately regretted it.

Shit, had that been too much? Was he calling to say I should back off? Had he rethought things completely?

Calm the fuck down, I told myself sternly. You sent him a two word text, not a dozen roses. It’s not a big deal.

I answered the phone. “Hey.”

“Hey, Ally.” I could hear the smile in his voice. “It’s good to actually talk to you. I’ve missed you too.”

I let out a breath I hadn’t realized I was holding.

“Oh, you know, a complete madhouse. So, the usual.”

“My boss is calling every fifteen minutes, the editing team can’t find any of the stable footage, Sandra keeps having to ice her hand to stop it cramping up…” I trailed off, and then laughed. “How do you do that?”

He sounded confused. “Do what?”

“Make it all seem so manageable. So okay. Just by listening.”

“One of my secret ninja powers,” he informed me, deadpan.

I raised an eyebrow. “Got any others you’d care to show me?”

“Oh, I’ve shown them to you,” he drawled, and even though it was only his voice over a phone line, I blushed fire-engine red. “And you’ve shown me a few as well.”

I eyed the door, toying with an idea. I couldn’t hear anyone rushing my way with an urgent development…I rose swiftly and locked it. “Care to see if those powers work over the phone?”

I knew exactly the face he would be making right now, that slow-spreading sweet honey grin as he took in the meaning of my words. “I surely would.” 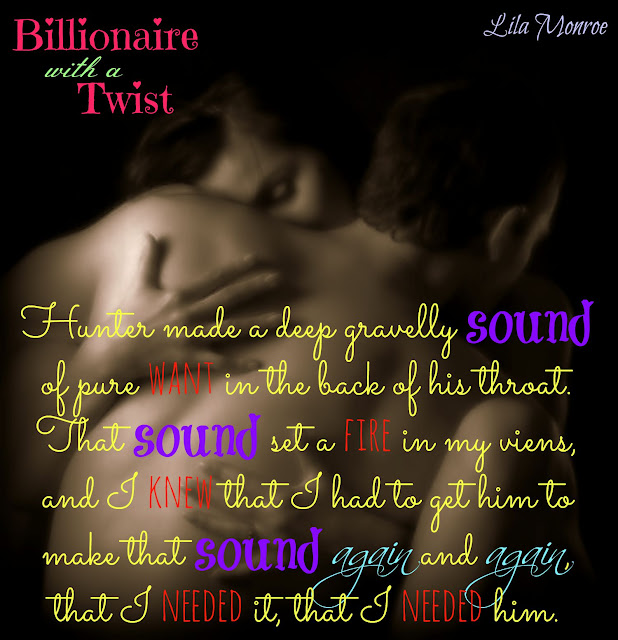 
Amazon bestselling author, queen of the short-reads, and expert at playdough, Lila Monroe loves to read and write tales of sexy Billionaires. Combining her love of writing, sex and well-fitted suits, Lila Monroe wrote her first serial, The Billionaire Bargain. Lila enjoys writing, as it gives her a flexible schedule to spend time with her kids and a wonderful excuse to avoid them. She lives in Los Angeles with her husband, who strips out of his well-fitted suits nightly. 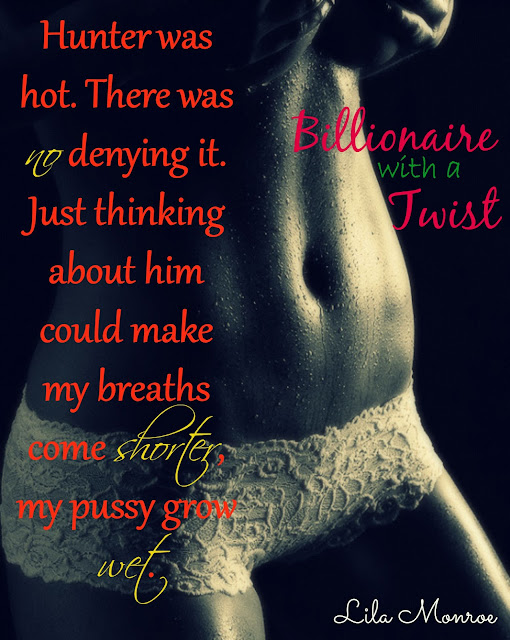