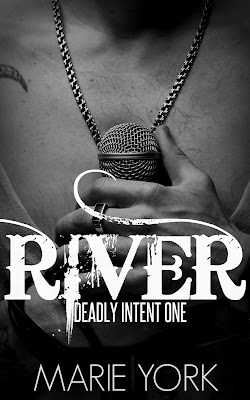 River Ryan is used to getting his way. Girls, parties, drugs... As the lead singer of Deadly Intent, he's got the rockstar lifestyle down pat. But when journalist, Harper James, shows up to follow the band around for an article, River just sees her as another groupie. Little does he know, Harper is actually a spy for the label, and they want him out.

An unlikely love story about love on the road and how two people who couldn't be more different actually fit together perfectly.

Just because someone seems to have it all, doesn't mean they always do.

River Ryan is on top of the world, the rock-n-roll world that is. He's got the money, the fame, the girls, the booze, his bandmates, the drugs. Everything he could want at his fingertips; really, what more could he ask for.

Harper James is trying to make a name for herself without the help from her family. When she looks about at her career, she wants to feel like she earn everything with her own blood, sweat, and tears. She's very well put together, but her latest assignment could be the more trepidatious than she expected. She's got a secret and it's something she's hidden well.

River is taken with Harper, but vows to never make a move on her. She's not someone that he feels can be trusted and there are very few that he ever lets see the real River Ryan.

Harper tries, fails, and tries again to get close to River. Not just for her career, but a friend. And the more they spend together, the more River can't deny his feelings for her, nor can he keep his long hidden guilt to himself. Because of this, one night leads to something special, something life changing for the two.

They've opened up to each other, revealing things they never thought they would. They want to be with each other, completely. But secrets have a way of coming to the surf when you least expect it.

And this bombshell could spell disaster for the couple. They either have to see a way to make things right, or walk away from each other forever.

This story is a quick, fast paced rollercoaster ride that is exhilarating and provocative. The things we learn about River and Harper's past is compelling and thought provoking. Sometimes you need to strip away the layers to see the real person hiding inside. This series is shaping up to be a darker series than Marie's previous; but it's exactly what you expect when you mix sex, drugs, and rock-n-roll.

I am looking forward to Bane, Jericho and Rhett's stories. 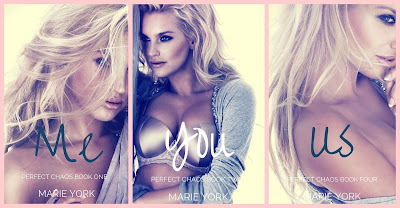