Release Blitz & Giveaway ~ Call of the Sea by Rebecca Hart

Happy Book Birthday to Call of the Sea! 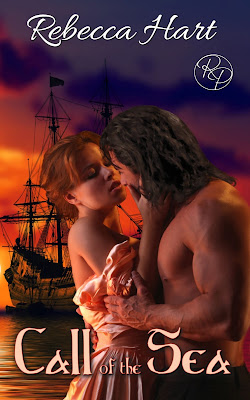 Call of the Sea
by Rebecca Hart
Release Date: September 21, 2015

Elysandra Winters has always yearned for a life of adventure on the rolling seas and is willing to do whatever it takes to fulfill her dream. When her Privateer father continually refuses to allow his only daughter to sail, Ellie defies him, disguises herself as a boy, and goes in search of a captain who will give her a chance to prove her worth.

Thanks to the cursed selkie blood coursing through his veins, Daniel O’Rourke needs the sea to survive. After giving up on his humanity and spending three years in seal form, he decides to give his human side another chance. Daniel goes in search of a job and a sense of normalcy, earning himself a position aboard Captain Winter’s ship, The Siren’s Call. However, his new captain’s first assignment has nothing at all to do with sailing, and everything to do with his headstrong young daughter.

Years later, when the leader of a band of bloodthirsty pirates murders Captain Winters, Daniel and Elysandra’s lives come crashing back together with the force of a hurricane. Both experts in deception, they must find a way to trust each other in order to quell the raging storm between them, and have any hope of hunting down the captain’s killer.