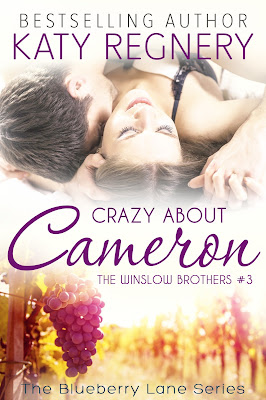 Crazy For Cameron
by Katy Regnery

Crazy about Cameron is the third of four books about the Philadelphia-based, wildly-handsome Winslow brothers who are all on the look-out for love.

(Say what? Not so much...Brooks and Pres are OFF. THE. MARKET, and Chris is so distracted with his campaign, he can't see what - or who - is right under his nose.)

With her stiff posture, black-rimmed glasses and chestnut waves in a tight bun, Cameron Winslow’s downstairs neighbor, Margaret Story, has long been the unaware star of his filthiest dirty-librarian fantasies. But with a floundering business eating up all his time, Cam doesn’t have the open road he’d need to date a lady like Margaret.

Margaret, who grew up down the road from Cameron, has always thought of him as a cross between a bully and a tease, as likely to pull her braids as pull her leg. But he’s grown up to be a smokin’ hot businessman, and Margaret can't help daydreaming about what it would feel like to be under, um, with someone like him.

When hot-headed Cameron and buttoned-up Margaret start using the same shady contractor for apartment renovations, Margaret may find herself in some unexpected trouble, which forces long-hidden feelings to come out of hiding...and might just make way for two unlikely fantasies to finally come true.

Return to the world created in the English Brothers books with this fresh foursome of scorching hot Winslow Brothers!
Join the FacebookRelease Party 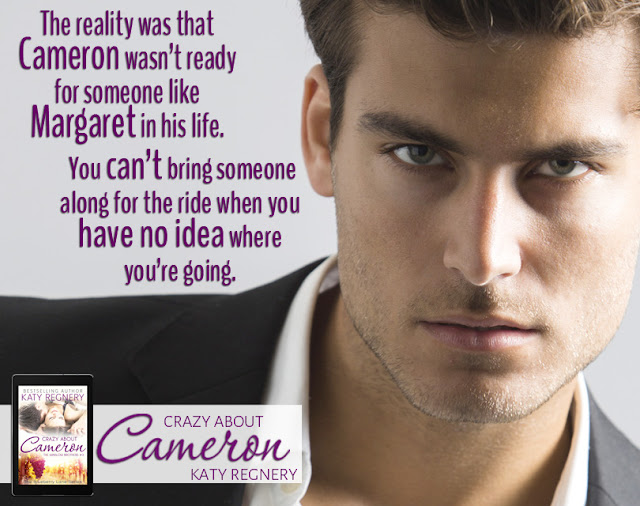 Frankly, Cameron wasn’t sure if he was talking about the wine or about her.

She seemed so different tonight: less stiff, more soft. Less cautious, younger and, Christ, sexier, too. Was it just being in her own space that had wrought such a change in her? It made him wonder what space she inhabited on a daily basis that made her seem so tense and sharp all the time.

From the moment he walked through the door, he’d known that maintaining his thin veneer of disregard was going to be impossible. The way her huge brown eyes had widened, doelike and soft, as she gazed up at him? He was a goner. He’d gladly stand in her doorway forever if she’d look up at him like that for the rest of his life.

And of course he had to torture himself by wondering if those eyes went all wide and soft as she climaxed . . . or did she close them as her lips parted in ecstacy? Likely goddamned fucking Olson knew the answers to both questions, and it made Cameron’s blood boil.

He glanced over at her as she lifted the wineglass to her face, bending her head just a little, her eyes closing slowly as she inhaled the smell of the wine. She was a fucking work of art, this woman, and—Holy Christ!—the way she’d just purred “Ahhh, this one”? He was glad the denim of his jeans was still thick and new. Hopefully it would keep the fabric from tenting.

He watched, mesmerized, as she righted her head. Her eyes were still closed, but her voice was warm as honey, slow and smooth, as she murmured, “Candied black fruit. Spice.” She dipped her head again, and his mind went to filthy places watching it bob beside him. “Mmm. Fresh herbs. Kirsch. Oak. Mmm,” she sighed. “Heaven.”

And, oh fuck, even the hardest of hard denim wasn’t going to be able to combat the rush of blood that swelled his cock, pumping it longer and harder in his jeans with every word she whispered.

Cameron thought he was worldly. He thought he knew what sexy was. Five seconds ago, he would have answered it was a naked woman, spread eagled and willing on his bed, her skin flushed, her pupils dilated, her pussy hot and tight, ready to suck him forward and beg him to finish inside. But he’d known fuckall about sexy until Right. This. Minute.

Because Margaret Story—perched on the edge of her couch in a sweater dress that covered most of her body, her doe eyes closed, her pillowed lips making love to a glass of wine—had just officially blown Cameron’s mind.

Whoever he’d always thought she was? He was wrong. She wasn’t some sheltered librarian who needed him to come along and unleash her wild side. She wasn’t some helpless field mouse whom he’d swoop down on and catch in his teeth. Though she was self-contained, she was also passionate. She was sensuous and sexy as fuck without even trying, without even knowing, just because she was sitting there breathing, smelling like lilacs, and telling him what made a good wine great. 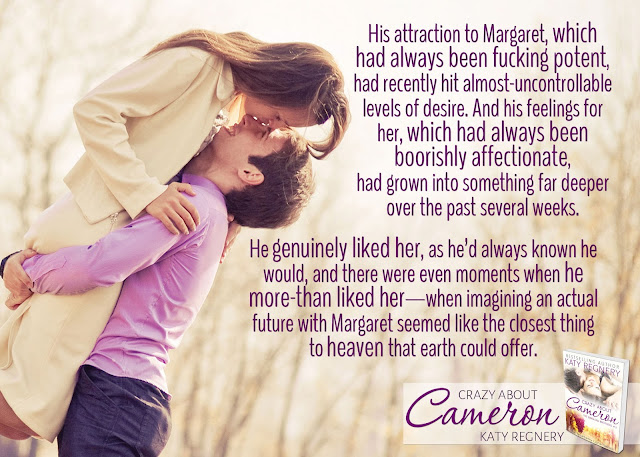 When he spoke, his voice was a desperate whisper, taut and tender at once. “I’m not just falling for you, or crazy about you. This didn’t just sneak up on me, and while it’s better than I ever expected, it’s not as new to me as it is to you. I’m in love with you, Meggie. I fucking love you. And I don’t know how to go slow. I don’t know how to slow down. I don’t know how to do anything but love you as hard as I can for as long as I can. I tried my fucking best to be careful with you, to be cautious and patient and gentle and not to scare you away. But the truth? The truth is—”

He was silent, his chest pushing relentlessly into hers with every breath he drew. Finally he leaned back and looked into her eyes as though stricken, like he couldn’t believe what she’d just said.

“I’m in love with you too. And yes,” she said, leaning forward so that her lips brushed against his when she finished, “I’m sure.” 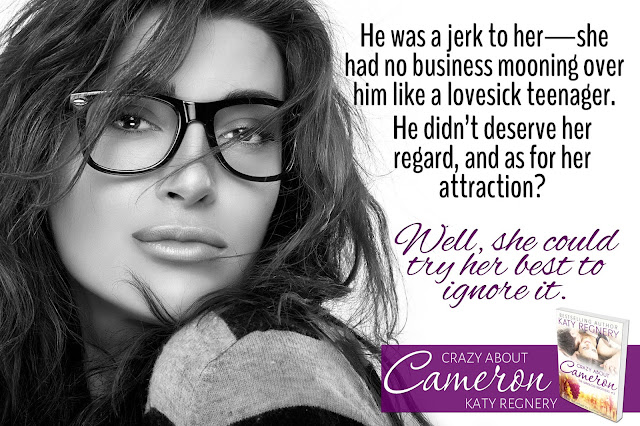 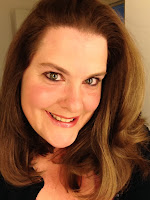 Award-winning and Amazon bestselling author Katy Regnery started her writing career by enrolling in a short story class in January 2012. One year later, she signed her first contract for a winter romance entitled By Proxy.

Now a hybrid author who publishes both independently and traditionally, Katy claims authorship of the six-book Heart of Montana series, the six-book English Brothers series, and a Kindle Worlds novella entitled Four Weddings and a Fiasco: The Wedding Date. Katy’s short story “The Long Way Home” appears in the first Romance Writers of America anthology, Premiere, and she has published two stand-alone novels, Playing for Love at Deep Haven and the Amazon bestseller The Vixen and the Vet, which is book one in Katy’s a modern fairytale collection. The Vixen and the Vet was nominated for a RITA® Award in 2015. 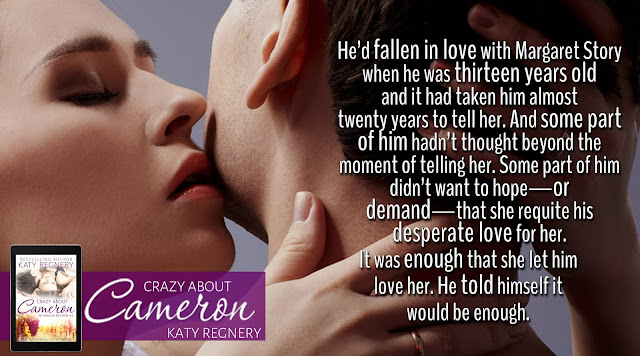 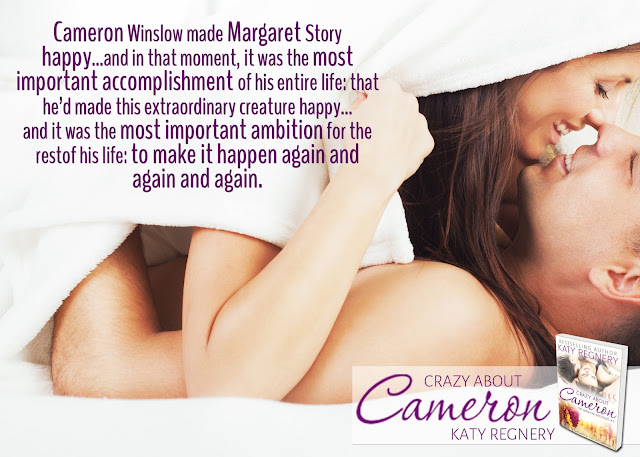