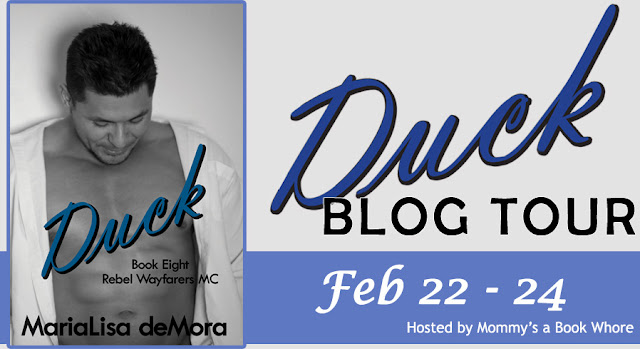 Reuben Nelms has worked hard all his life. First to escape the West Texas town where he grew up, then to negate the legacy of his family. One of his worst regrets was failing to protect a young woman from evil dealt by his blood brother. For years afterwards, he watched and protected her from the shadows, most comfortable in that faceless role.

Now known by his road name, Duck feels he’s finally found redemption in watching that woman blossom and grow, sheltered by her association with his brothers by choice, the Rebel Wayfarers motorcycle club. Things were settled, predictable, until a desperate call from home sets him scrambling and he is back front and center, home again in West Texas, finding himself confronted daily with reminders of his horrific family heritage.

Treading alongside the remembered fear and regret surrounding him walks a temptation, Brenda Calloway, the hometown woman he left behind. The efficient business manager of the cattle company he inherited from his father, his childhood friend is now a widow. More beautiful than ever, she’s a single parent with a secret, unaware of the power she still wields over Reuben’s heart.

Will their second chance love be able to take root and grow in the dry deserts of West Texas? Can Duck put aside the man he’s become, sloughing off the brotherhood and leaving that behind to become Reuben again, or will he be able to pick up the pieces of his teenage love and still continue his life in Chicago as a member of the Rebel Wayfarers MC?

“Everyone has three lives: a public life, a private life, and a secret life.” – Gabriel Garcia Marquez 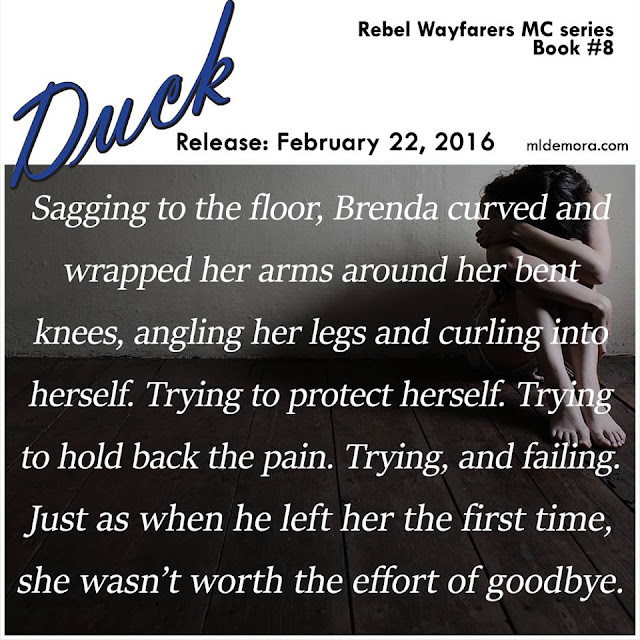 From Chapter 12: Wanting too much

“Reuben,” she said, keeping her gaze flat and level, “I need to tell you something.” She stopped and swallowed, her head shaking back and forth involuntarily. Reaching up she opened the medicine cabinet, losing her reflection for a moment, gaze catching on her diaphragm container, absurdly thinking it had gotten more use in the past few days than the previous five years. Hands trembling, she shut the cabinet, again looking at herself in the mirror.

“Reuben,” she began again, voice quavering. “There’s something I need to say to you.” Tipping her chin down, wet streamers of hair fell in curtains on either side of her face. “This is harder than anything I’ve ever done in my life,” she whispered, lifting her gaze back to the mirror. He deserves to know. With a deep breath, she said, “Reuben, we need to talk.”

Her shirt had pulled on crooked, sticking to her, and as she attempted to straighten it the fabric slid in jerky movements over her still damp body. Nothing’s easy. Turning, she opened the door, gasping in surprise to see Reuben there. Leaning against the opposite wall, his arms were tightly folded across his chest. He made an imposing figure, standing there immobile, staring at her. His voice cold and toneless, he barked, “You got something to say to me, Brenda?”

Mouth open, she stared at him, unable to speak. Her practiced words failing at the evidence of his anger. He let the silence build between them for a moment before he said, “Never mind, just save it. I get it. You saw a side of me you didn’t care for today, then saw something you could like better. This won’t work between us, Brenda. Good thing we learned it early on.” His words made it impossible for her to suck in breath, hitting her in ways that felt physical.


“We can both go back to our lives. I’ll stick around until after the rodeo, make sure you have help in place. It’s why you called me, right? Just for the business. Nothing else going on here, right? Nothing else on your mind. Nothing to say to me.” He paused, tipping his chin down, gaze raking along her form, lips twisting in a sneer that froze the blood in her veins. “Means there isn’t any reason for me to stay beyond that.” He straightened and unfolded his arms, hands hanging in heavy balls of clenched muscle at his sides. “Just like before, there isn’t anything here for me. Nothing but goddamned stupid pipe dreams.” 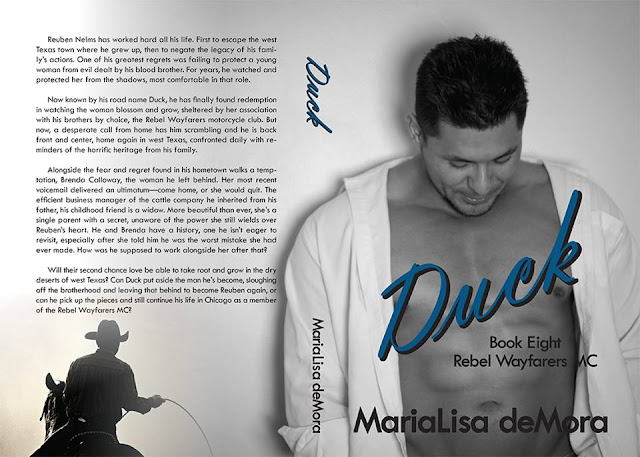 Author Bio
Raised in the south, MariaLisa learned about the magic of books at an early age. Every summer, she would spend hours in the local library, devouring books of every genre. Self-described as a book-a-holic, she says “I’ve always loved to read, but then I discovered writing, and found I adored that, too. For reading … if nothing else is available, I’ve been known to read the back of the cereal box.” 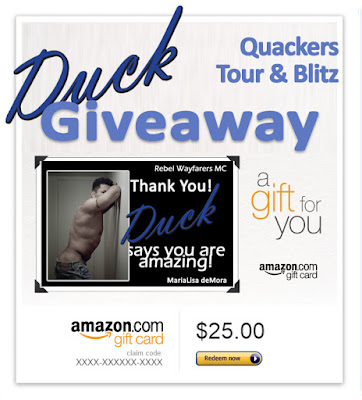 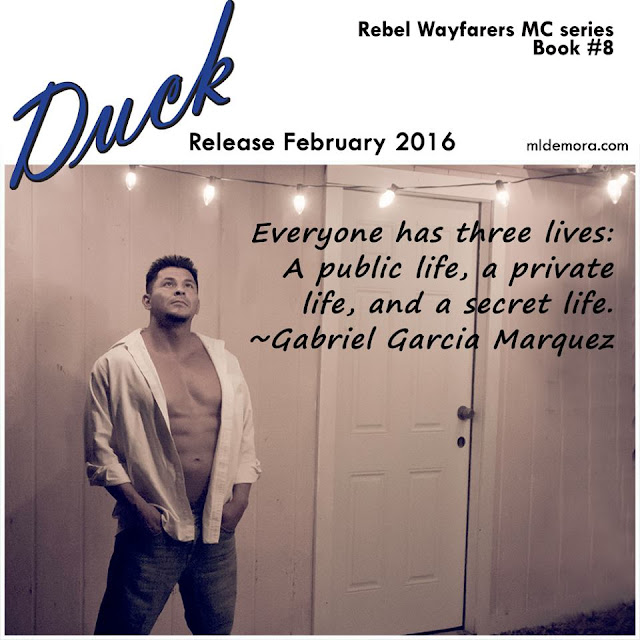