Reid Emory has never had reason to question his luck with the ladies. As the owner of a lethal set of aqua-blue eyes and a devastating grin, this Hollywood heartthrob always brings his A game…but lately his luck seems to have run out. The actor is in need of some help, and there’s only one person he can trust to take his love life—and his career—to an explosive new level.

Jordan Litwright’s newest client is trying her patience. As a publicist, she’s more than content to stay in the background and let others shine. But when a publicity stunt backfires, she suddenly finds herself thrust into the spotlight—as Reid’s new love interest. And while other men usually overlook her, Reid is focusing in with laserlike intensity. There’s no denying they have serious chemistry.

But once Reid breaks into the big time, can they turn their made-for-the-media romance into a forever love?

Max jumped onto the couch and held up his hands. “Before you do this, remember, our mother has a Jesus sticker on her car. What would she say?”

“Must you bring her into everything?” Reid roared, stopping in front of the couch, chest heaving.

Max shrugged. “It’s not my fault I’m her favorite son.”

“Was this before or after you added vodka to her coffee and slipped her a pill?”

Becca made her way around the brothers and motioned for me to walk with her toward the kitchen. No words were spoken. She simply popped the cork from the wine bottle and poured what looked like three servings into a glass and slid it toward me. “Believe me, it helps.”

I took the glass and sipped while she drank straight from the bottle. “Does he ever . . . stop being . . . Max?” I asked. “Curious minds want to know.”

Max jumped off the couch, and naturally he made his own swish sound effect before landing on his feet, thrusting his hands into the air, and turning toward Reid. “I’ve been her favorite ever since I won at gymnastics.”

“You don’t win at gymnastics,” Reid said through clenched teeth. “You get scored.”

“Perfect ten.” Max winked back at us, then covered his mouth and said, “Zero,” while pointing to Reid.

“We were six!” Reid argued.

“Dude!” Max held up his hands. “I’m just saying, it’s not your fault you’re not the favorite. Let it go, man, just like Rose let go of Jack.”

Becca choked on her wine. “Oh, well, uh, last year Reid had a momentary breakdown because of Max peer pressuring me to shoot Reid in the ass with a tranq gun . . . he spent an hour singing ‘My Heart Will Go On.’” I winced. “Off-key.”

“Damn you!” Reid turned on his heel and thrust his finger in our direction. “What did I ever do to you!” I think he was talking to Becca. “I hit on you once, one time—”

“And the only reason was so that I could get back at this one.” He jerked his hand back to Max, nearly hitting him in the face. “Because he told Grandma the lock on my door was broken. I was taken advantage of!”

“Because you took a sledgehammer to it, you bastard!”

Honestly, I wasn’t sure what they were talking about. So I did what any sane girl would do. I drank.

And when my glass was nearly empty, Becca very kindly refilled it while Reid and Max continued pacing around the living room.

“You think if we chant fight, they’ll take their shirts off?” Becca asked.

I eyed Reid’s near perfect physique. “One can only hope.”

“Dirty girls,” Max shouted. “Both of you! Jezebel! I won’t have you poisoning her mind!”

“Term of endearment when Max says it.” Becca patted my hand. “Next time just say thank you. It’s easier that way.”

I glanced back at the guys just in time to see Reid launch himself at Max, hands wrapped tightly around his neck, holding him against the couch while Max screamed. “Help, help!”

“We should probably intervene.” Becca took a long sip of wine and set her glass down on the table, then yawned.

“Yeah.” Max started turning purple. “We probably should. What do you normally do? Take off your top? Blow a whistle? Call the cops?”

“Cops refuse to come when Emorys call—believe me, it’s like the whole McDonald’s thing. Public service refuses to help them now.”

Max made a choking noise while he tried to kick Reid in the shin.

“Oh, well.” Becca walked slowly toward the guys. I followed. I expected her to gently ask them to stop fighting and separate them.

Instead, she punched Reid in the face and then separated them.

I caught him and fell backward against the other couch while he rubbed his face and whispered, “My hero.”

“My lungs broke your fall,” I wheezed.

Max gasped for air. “You know my biggest fear is not breathing!”

Reid chuckled. “For six years Max was convinced every food was going to cause him to go into anaphylactic shock because Oprah did a segment where some chick nearly died after eating a kiwi!”

“A kiwi!” Max repeated hoarsely. “Who dies from kiwi? That chick.” He shook his head vigorously. “I refuse to go down eating.”

Reid moved off me and sat back on the couch. “He took Benadryl every time he ate fruit.”

Max narrowed his eyes. “Make fun now, but we both know that watermelon gave me hives! My throat closed, you bastard!”

Becca grabbed him by the shirt and tugged him back onto his own couch. “No more fighting, we have engagement pictures tomorrow.” 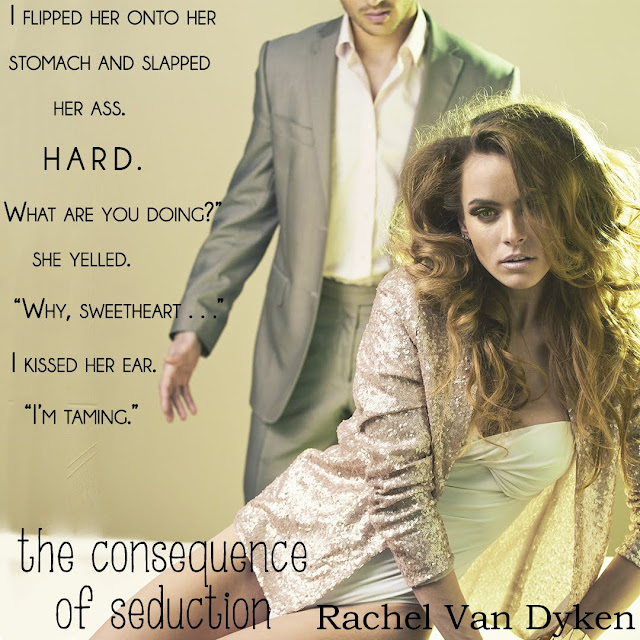 Rachel Van Dyken is the New York Times, Wall Street Journal, and USA Today Bestselling author of regency and contemporary romances. When she's not writing you can find her drinking coffee at Starbucks and plotting her next book while watching The Bachelor.

She keeps her home in Idaho with her Husband, adorable son, and two snoring boxers! She loves to hear from readers!

You can connect with her on Facebook or join her fan group Rachel's New Rockin Readers. Check out her website. 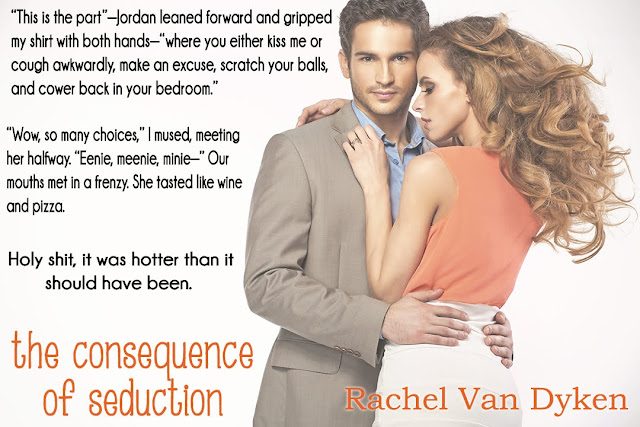