Once Rose Fisher makes a decision, that’s it. End of story.

Like when her ex, Patrick, dumped her out of the blue, then showed up with a super hot, tatted up sex kitten on his arm. Then it was over for good. The end. Poof. Dead to her. Except he was everywhere — down the hall, at the bar with their friends, worming his way into her dreams.

But with their friends paired off, they’re left alone more and more. Rose is determined to keep him friendzoned — doesn’t matter that he stares at her with a smolder that drops all panties in a ten foot radius. She’s over him, and she’ll prove it by getting back into the dating game, Patrick be damned.

Patrick Evans is no stranger to consequences. When your mother walks out, your dad drifts away. When you leave home, you’re on your own. And when you run away from the girl you love, you lose her. He finally has an opportunity to rebuild the bridge he burned, and it’s not one he’ll take for granted. But he’ll have to fight for her, even if it hurts. Even if it means he’ll walk away brokenhearted. Because deep down, he knows that she’s it for him.

The trick will be to get her to admit she feels it too.

Rose is in a difficult position and isn't entirely sure how to get out of it. Several months earlier she thought things were going great, but she was blindsided by Tricky. Now even though she is trying to move on, he's always around and to make matters worse, he's now sleeping in her apartment thanks to her best friend. However, Tricky has come to realize the mistakes he's made and vows to make things right. But will Rosie fight for their love, or let him walk away?

I love Rose's heart and soul. She may not like the situation she finds herself in, but she'll always be there to help a friend out no matter what. Even when her heart breaks, she'll stand strong and put on a brave face.

Tricky hasn't always had the easiest of lives and those tribulations have made him into the person he is today. But sometimes the demons in his past lead him to make choices that seem rights at the time, but in the long run are wrong ones. I love that he's willing to learn from his mistakes and vow to not repeat them.

I loved getting to see all the familiar faces and getting to know new ones. And the ending was perfect not just for this couple but for everyone. Believing in yourself and trusting those you love can, and will, allow your dreams to become reality. 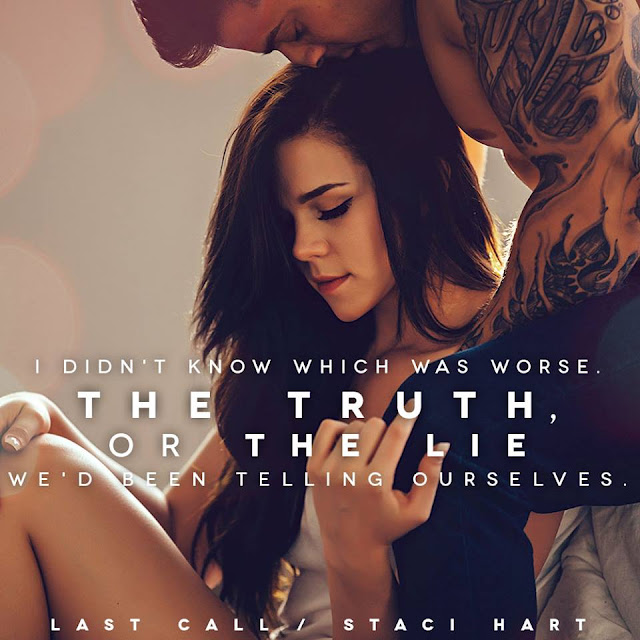 Staci has been a lot of things up to this point in her life -- a graphic designer, an entrepreneur, a seamstress, a clothing and handbag designer, a waitress. Can't forget that. She's also been a mom; she has three little girls who are sure to grow up to break a number of hearts. She's been a wife; even though she's certainly not the cleanest, or the best cook. She's also super, duper fun at a party, especially if she's been drinking whiskey. Her favorite word starts with f and ends with k.

From roots in Houston, to a seven year stint in Southern California, Staci and her family ended up settling somewhere in between and equally north, in Denver. They are new enough that snow is still magical. When she's not writing, she's sleeping, gaming, or designing graphics. 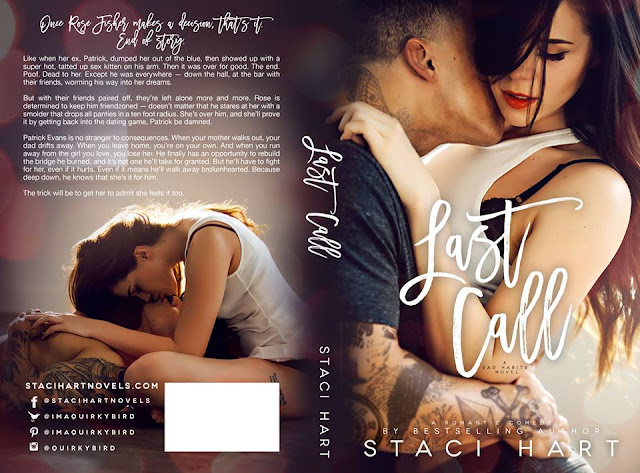