I'd heard that chess was a game made for the Gods of Men.
You are not a God… you’re just a man.
But even you can make the rules…

Rule no. 3: Fuck The Rules.
To Hell with them.
Set fire to them and watch them burn…
Realize that under the right circumstances, everyone is capable of betrayal.
Even you…

Lukas has had enough. Fingers are getting pointed everywhere, now he just needs to put all the pieces together. By his side is Elena, she needs to find the perpetrators since they have gone after her family as well. They will fight for their relationship no matter the cost. When the villains cames after the ones they love, they woke a sleeping bear... or two.

And when is all comes finally comes to end, Lukas and Elena will be stronger than ever.

The twists and turns this series takes comes to an epic conclusion that will leave your mouth agape. Just when you think you know how it will end, Natalie give us another surprise that will keep you guessing until the end.

Lukas is a hard man to love, but if you get past all the walls, you'll find a heart of gold of a man that only wanted to be feel wanted. It may have taken a long time, but he now has a family that will have his back just as he will have theirs. Elena has always been close with her sisters, now after all is said and done, they are closer than ever. Everything she felt was missing she's found, and in the most unexpected of places. Lukas and Elena's relationship is scorching, they can't keep their hands off each other. Together they make the pages melt, panties useless, and the reader in need of an ice bath to cool off.

And the ending? Everything seems to tied up nicely... or is it?

I’ve simplified my life into a three-part process:

That’s what my world has been ever since she came into my life.
And I was perfectly content with it staying that way…
Until I actually met her.

My best friend’s soon to be sister-in-law.

Enemies before we’d ever laid eyes on each other, we were a match made in Hell—a cautionary tale of how not to get along.

But when the spark between us sets our passions ablaze, how do we prevent the unexpected matches from turning our flame into an inferno?

Lukas Griffin is a complicated man with a complicated past. He's a man of few words and even fewer friends. His life is what he makes it not what others tell him. He's a love 'em and leave 'em, a never look back kind of guy.

Elena Lexington is looking for a new start. Everything she thought she had, the life she built, blew up in smoke. Moving to Florida to be near her sisters seems like a good plan, but first she has to finish the plans for Kat's Surprise Engagement Party.

However, party planning isn't ideal with Elena and Lukas not seeing eye to. As the party gets started, the pair will finally met in person, so will they come to fistacuffs or will the sexual tension become too strong to deny.

This is a quick, sexually charge read that introduces Lukas and Elena to the reader. The passion that flows between the two is sizzling and off the charts. Lukas is a tall, dark, handsome, alpha male that knows how to make a woman weak in the knees. Elena is a strong will individual, a take no prisoners woman. She'll do whatever to it takes to make her family happy and keep them protected. They are a lot a like, if they can only stop the fighting to talk.

But there is also a mystery going on and both are hiding something. How is this story going to end? What will happen with Lukas and Elena, is there something more than just physical? So many questions they will have you craving to book two to learn more. 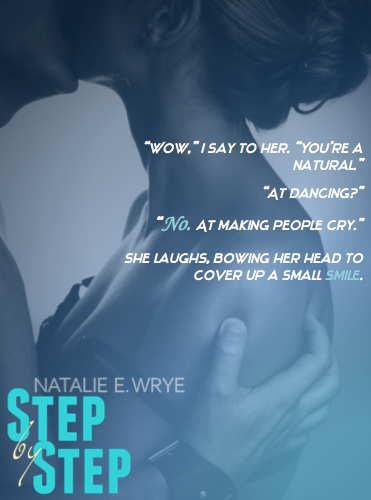 I gave in to him, submitted myself to our fiery passion… and it blew up in my face.

I can’t afford to do this again—not when he holds all the cards. Not when he makes all the rules.

He’s lured me into a game—a game I’ve never played.
A dangerous one.

And if I raise the stakes and place another bet on him, will he burn me again?

Elena wants to stay away from Lukas, but her body responds to him unlike any other man before. His attitude towards woman and his closed off nature make her want to run the other way. It only takes on touch, a whispered provocative statement, and she can't say no.

Lukas' usual M.O. doesn't have much appeal lately, his body only seems to want one woman. This one woman has gotten under his skin, one that he craves at all costs. He's not one to want just one woman in his bed, but he'll do anything keep Elena there until he's sure she's out of his system.

The more time they spend together, the more their attraction grows. But threats continue to come and they are growing more dangerous by the minute. Can Lukas find the person behind the treats before a life is taken? And can Lukas and Elena make a go at their new found understanding?

This series keeps getting better and better. More of Lukas' and Elena's past is learned gaining a greater understanding of the people they have become. The chemistry between them continues to grow and the heat leaps off each passing page.

The threats are menacing, but who is behind them? Time is almost up to make a move, can they solve the problem before its too late? Is the person someone close to them or an unknown assailant? Only time will tell.

The suspense keeps the reader on the edge of their seat and the passion desiring more. 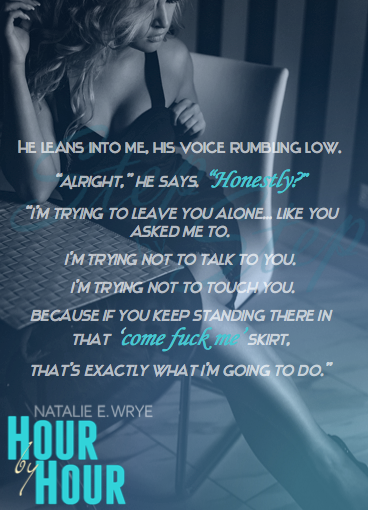 Natalie Wrye is a math geek by day, writer by night. She is a single, former Yankee living in Northwest Georgia with nothing but her Friends and Gilmore Girls reruns to keep her company. Natalie started writing nonsensical stories at the ripe age of 6; she hopes things have changed since then. She loves chocolate, cuddly things, and large libraries. Oh...and she thinks it's pretty cool to talk in 3rd person.