The Wedding Pact
The O'Malleys Series
by Katee Robert

Carrigan O'Malley has always known her arranged marriage would be more about power and prestige than passion. But after one taste of the hard-bodied, whiskey-voiced James Halloran, she's ruined for anyone else. Too bad James and his family are enemy number 1.

Hallorans vs. O'Malleys-that's how it's always been. James should be thinking more about how to expand his family's empire instead of how silky Carrigan's skin is against his and how he can next get her into his bed. Those are dangerous thoughts. But not nearly as dangerous as he'll be if he can't get what he wants: Carrigan by his side for the rest of their lives.

Katee Robert learned to tell stories at her grandpa's knee. Her favorites then were the rather epic adventures of The Three Bears, but at age twelve she discovered romance novels and never looked back.

Though she dabbled in writing, life got in the way-as it often does-and she spent a few years traveling, living in both Philadelphia and Germany. In between traveling and raising her two wee ones, she had the crazy idea that she'd like to write a book and try to get published.

Her first novel was an epic fantasy that, God willing, will never see the light of day. From there, she dabbled in YA and horror, before finally finding romance. Because, really, who wouldn't want to write entire books about the smoking-hot relationships between two people?

She now spends her time-when not lost in Far Reach worlds-playing imaginary games with her wee ones, writing, ogling men, and planning for the inevitable zombie apocalypse. 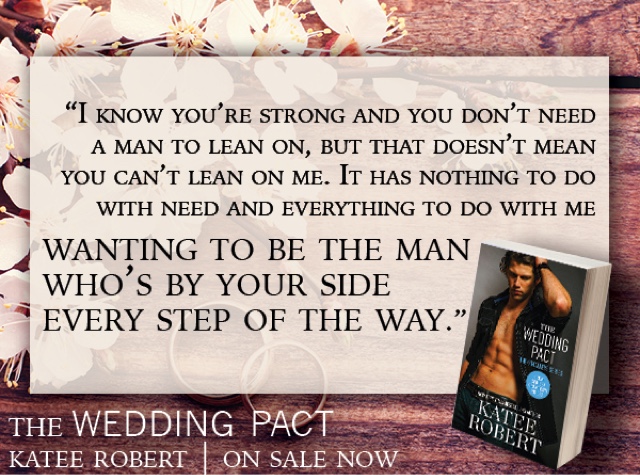 James had thought he'd imagined the fear in Carrigan's voice when she called. If she was in actual trouble, she sure as hell wasn't going to call him—no matter how much he liked the idea of being the one to swoop in and save her from her problems. He liked the idea too much.

But then she walked into the quiet little pub where he was waiting and he realized he hadn't been wrong the first time. There were faint bruises beneath her eyes, like she'd been sleeping even less than he had, and she held herself like a woman who'd been beaten for the first time. He was on his feet before he made a conscious decision to move. "Who hurt you?"

"Don't play that martyr bullshit with me, Carrigan. Who the fuck put that look on your face?" She'd gone through hell and back because of him and it hadn't put that haunted expression in her green eyes. He clenched his fists, trying and failing to get control of his temper. She wasn't his to protect. Hell, even if she was, he had a pretty shitty track record of keeping people in his care safe. There was no reason why she'd be any different.

Except that he wanted her to be different.

She brushed past him, drawing his attention to her clothing. "What the hell are you wearing?"

"You called me, lovely, so my shit is exactly what you're going to get." She looked like an angel—one that had had its wings clipped. He wasn't sure what gave him that impression, but the long white dress was opposite of everything he'd found the woman to be in the short time they'd known each other. She was wild and impulsive and free. She wasn't…this virginal almost-bride. He didn't like the change. He didn't like it one bit. "Sit your ass down. I'll get us drinks, and then you're telling me what the fuck is going on."

"Don't hold your breath on that."

He wouldn't have to. She might be prickly as all get out, but she wanted to talk. She wouldn't have called him otherwise. The bartender met him halfway, a nervous little mouse of a guy. James made an effort to speak softly because the man looked half a second from pissing himself at the idea of a Halloran in his bar. "Whiskey for me. Dirty martini for the lady."

He made his way back to where Carrigan had picked a booth. Ignoring the empty side, he slid in next to her.

The bartender appeared with their drinks, and James waited for him to scurry away before he spoke again. "Talk to me. I can't help you if I don't know what's wrong."

The raw pain in her voice made him want to comfort her, but that was one skill James had never learned. Maybe if his mother had lived…But there was no room in this world for "what if" and "maybe." So he did the one thing that he knew how to do. The single thing guaranteed to distract her.
He kissed her.

Carrigan went rigid for half a second, but he waited, his lips on hers, and let her choose. That hesitation was all it took for her to melt, turning to fire in his arms. He wanted to haul her against him, to let this feeling consume him until none of the bullshit mattered anymore. Right now, in this moment, there was only her. They could be the last two people in the world for all he gave a fuck. Hell, part of him hoped they were. As her tongue stroked his, a small, treacherous thought wormed into his brain and took root.

With this woman by my side, I'd be content to let the rest of the world burn. 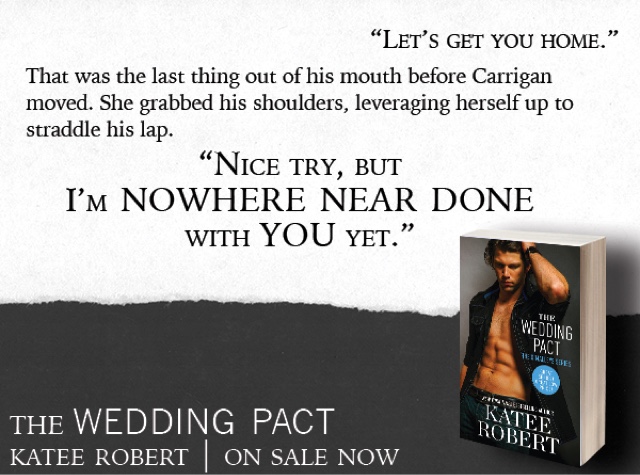 What happens when two people that should never cross paths and to be sworn enemies have an undeniable connection?
That's what happens in this intriguing, explosive, roller coaster ride of a book.
The sparks that fly between Carrigan and James will ignite a flame that can't be extinguished.
As the story progresses, the reader will not only be drawn into the drama but also the all encompassing passion. You'll be glue to the pages trying to figure out what will happen next. But don't think too hard, because that is when a twist you didn't see coming strike.
This is an action packed, suspenseful love story that can't be missed!