Kate Reid's whirlwind romance with billionaire playboy Rylan Bellamy complicated her life in ways she'd worked to avoid. She'd fallen hard for his flirtatious charm and given him the one thing no other man had: her trust. Just as Kate began to imagine a future with Rylan, everything fell apart.

It's been months, and Rylan still can't forget Kate. Months since he bared his soul at her feet. Months since he drove away the only woman to ever make him feel. Kate changed his world and now Rylan is determined to win her back-no matter what it takes. After crossing an ocean to reach her, he makes a deal with Kate: One more week, for one more chance. Now it's up to Rylan to show Kate all the ways they fit together . . . and prove that this player has met his perfect match. 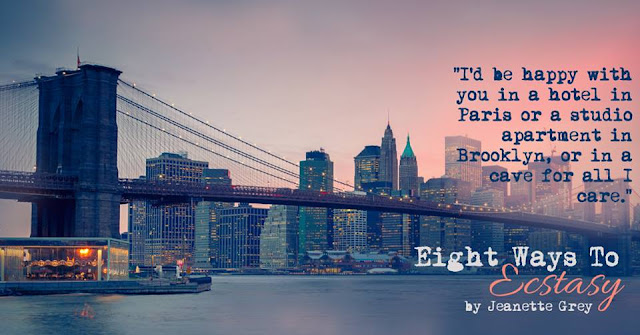 Jeanette Grey started out with degrees in physics and painting, which she dutifully applied to stunted careers in teaching, technical support, and advertising. When she isn't writing, Jeanette enjoys making pottery, playing board games, and spending time with her husband and her pet frog. She lives, loves, and writes in upstate New York. 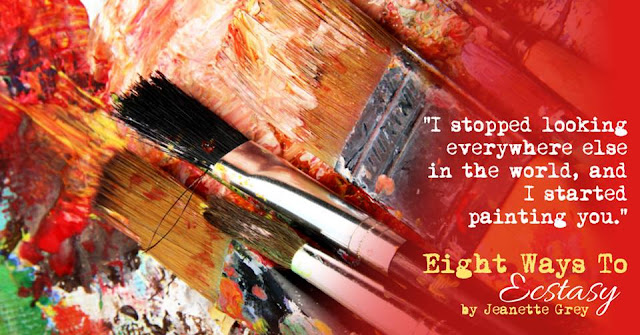 The gate he'd left ajar swung wider, and a second later, Kate poked her head in through the gap.

A little more of the stiffness in Rylan's spine faded away. He didn't even have to force a smile.

"Hey," he said, sitting up straighter.

"Hey yourself." Kate slipped inside and eased the gate back into place.

His grin grew as he took her in. She looked ready to work, for all that he'd assured her he had people coming to do the heavy lifting. Her long, dark hair was tied back in a simple braid, and he envisioned untying it later, combing his fingers through the loose locks. He licked his lips, looking forward to taking off her jeans.

Sliding those little purple Converse from her feet.

But first, he had to get them to that point. Not for the first time, he second-guessed his decision to ask her to meet him here. If anything would scare her off, it would be his father's mansion. It typified all the things he'd originally imagined she'd abhor. Huge and hollow and useless. A waste.

Like he had been, when she'd met him. She'd accepted him then all the same.

And he had to give her credit—she did a pretty good job of pretending not to notice her surroundings as she made her way over to him. Her stride remained casual, her shoulders loose. But her gaze kept wandering, her brows gradually creeping up toward her hairline. He could almost see the questions bubbling up to her lips.

He patted the space beside him as she neared, beckoning her to sit.

She did, pointing at the coffees to the other side of him. "Is one of those for me?"

"It might be." He picked hers up and held it out to her, but as she went to take it from him, he grabbed it back. "It isn't free, though."

"Nope." He presented his cheek for a kiss in payment.

Rolling her eyes, she sighed, but she leaned in easily enough. Her lips lingered against his skin, and he reached up to cup the side of her neck, holding her in place as he turned.

Her mouth opened beneath his, and he hummed into the kiss, darting out his tongue to taste the soft pout of her lower lip. She smelled shower-fresh, sweet and warm, and her hair had the tiniest bit of dampness to it as he slid his palm higher, cradling the back of her head.

She pulled away a long second later, blinking slowly at him, her eyes a little glazed. She came back to herself quickly enough. "That was an expensive cup of coffee."

Chuckling, he handed it over, and watched as she brought it to her lips. The gentle, pink curve of them eased upward.

Her gaze darted over to him. "You remember."

Of course he did. Two more sugars than he thought was a good idea and enough cream to turn it a pale, milky tan.

He remembered everything that gave her pleasure. Everything he could do to make her smile. 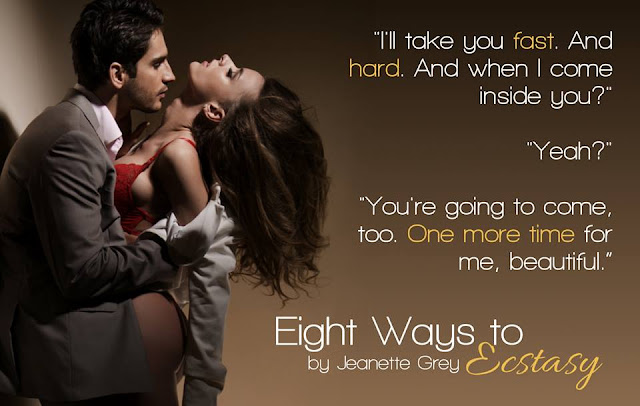