Cade Winters has been running from his overbearing father for 15 years. Even he admits his method of escape was extreme, though. But joining the military, eventually being recruited into the elite Delta Force and then by a black ops firm kept him busy at the far ends of the earth, which was almost far enough away from his family and the woman he tried to love but who seemed hell bent on working for her brother's security firm, even if it meant getting herself killed.

Suddenly, it seems like all the women in his life have a death wish though, when his sister Veronica, a Texas judge, decides to support a non-profit group that promotes re-training trafficked women before they are deported. Taking on that hot-button issue has gotten her in hot water with a homegrown terrorist group who is threatening her life. Even though he vowed never to go back to Texas, Cade has to help his sister, the only one in his family who cares about him.

When he finds Cee Cee Logan manning the front desk at Deep Six Security, he's relieved to see that she's very much still alive, but he's also disgusted because he feels that way too for the first time in years just by seeing her. Cade sets his mind to avoiding her at all costs but when she becomes the only one who can help him save his sister he has a tough decision to make. Does he put her in danger himself to save his sister and take the chance of losing them both permanently? Or does he do what he did 10 years prior - try to keep her safe, but lose her again anyway? 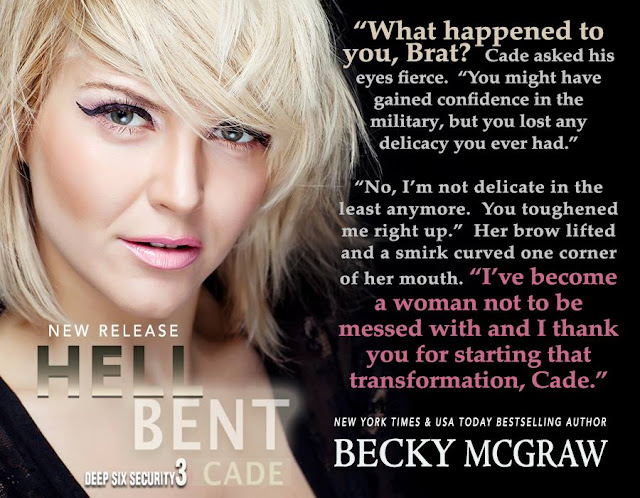 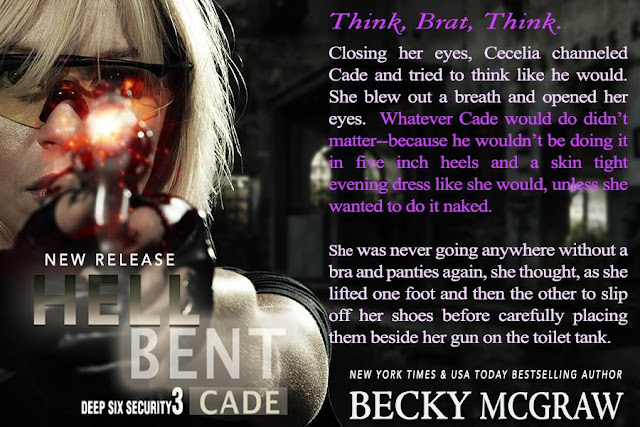 A Jill of many trades, NYT and USA Today Bestselling Author Becky McGraw has been an optician, a beautician, a legal secretary, a real estate broker, web designer, graphic artist, and romance writer. She knows just enough to make her dangerous, and her humor-laced contemporary western cowboy, and military, police procedural romantic suspense novels varied and interesting.

Becky resides in Florida with her husband of thirty-three years and her dog Abby.  She is a member of the Romance Writers of America Published Authors Network. 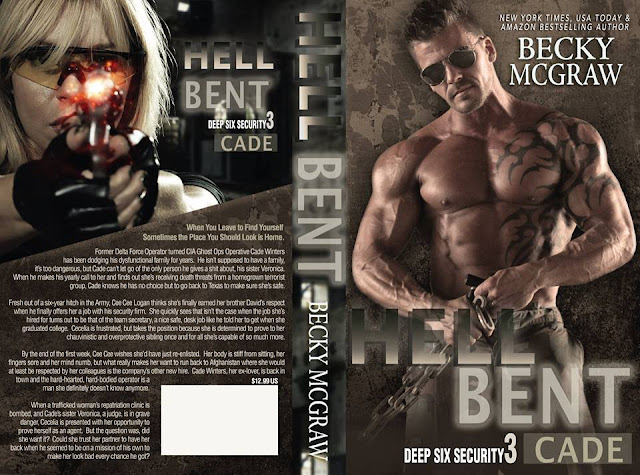