Guest Post & Giveaway ~ The Coming of Age of Elizabeth Bennet: A Pride and Prejudice Variation by Caitlin WIlliams 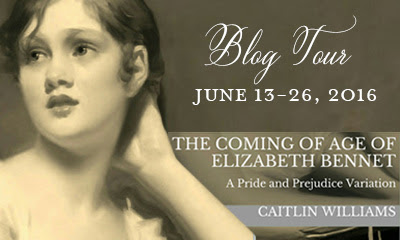 I am pleased to welcome Caitlin Williams to my little corner of the web.

‘For the first time since their renewed acquaintance, she felt that she was betraying the least sensibility of the two. She had the advantage of him in the preparation of the last few moments. Still, however, she had enough to feel! It was agitation, pain, pleasure, a something between delight and misery.” Chapter 19, Persuasion, Jane Austen

Who are my favourite Jane Austen couple? Why Darcy and Elizabeth, of course. What’s my favourite Austen scene? The umbrella scene from Persuasion. What happens when you put them together? 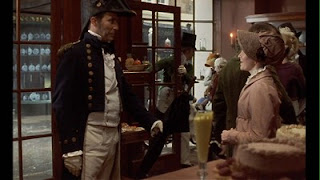 This is such a delicious scene (played out beautifully by Amanda Root and Ciaran Hinds in the 1995 adaptation) – when they both want to say so much to each other but are silenced by convention, their own embarrassment and the strength of their own feelings. It was the inspiration for a novel I wrote last year called Ardently, in which Darcy and Elizabeth have not seen each other for some years and meet unexpectedly in Bath. I love mixing up Austen and including parts of her other works into my writing. I never make one completely like the other. Darcy and Elizabeth are not Wentworth and Anne, and shouldn’t be given the same thoughts and emotions, but I am so inspired by Austen’s genius, that I can’t help myself from ‘mashing’ things up.

As Ardently was set in Bath, I had to include a few references to Northanger Abbey too, so Elizabeth gets taken on a mad carriage-ride out of the city by a rival, as Catherine Morland is by Mr Thorpe. 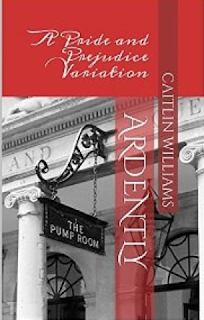 This new book, The Coming of Age of Elizabeth Bennet, was originally intended to be a mix-of Pride and Prejudice and Mansfield Park, with touches of Emma about it, but Elizabeth Bennet unfortunately had a mind of her own when I came to write it and the book took off in a different direction. I did, however, put in a few Mansfield Park references. Elizabeth hides herself away in a room near the attics when she goes to live at Pemberley, Mr Darcy’s rival borrows her horse and the maids sneer over her wardrobe, as they do Fanny Price’s. Darcy even goes off to the West Indies at one point, as Sir Thomas Bertram does, and comes back to a very different Elizabeth than the one he left behind. 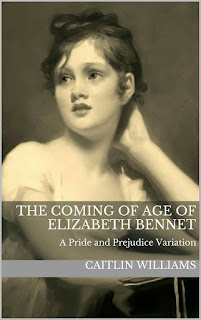 I’ll put my hand up and admit it, I’m an Austenholic, but it’s an addiction I have no wish to be cured of. I haven’t seen every adaption, but I read the books religiously. I constantly dip into Pride and Prejudice, and every time I re-read different passages, I discover something I never took note of before, moments I had never previously paid heed to. The Coming of Age of Elizabeth Bennet has a wedding in it, and in the name of authenticity I went online to discover what the custom was regarding wedding rings in Austen’s time. I came away from the world-wide-web thinking they were a much later invention. It was only through reading in Pride and Prejudice about Wickham and Lydia’s nuptials and their subsequent visit to the Bennet’s that I realised they were very much in existence at that time, and in Chapter 51 Lydia shows her wedding ring off.

There is always something new to be discovered and savoured in Austen, and for me, something to be cheekily ‘borrowed’. So for my next book, I might combine all her novels together and write about a poor young lady living with rich relatives where she leads a sheltered life reading gothic novels, and so amuses herself by matchmaking for all her neighbours, before being proposed to by a young man of the navy, who she very much loves but is persuaded into refusing. She is then badly used by a handsome rogue with a dark secret who forsakes her for a rich heiress. She eventually recovers only to be insulted at a village assembly by a proud young man, whose disputable charms are eventually offset by the size of his house. Mmmmm, perhaps not.

Here's more about The Coming of Age of Elizabeth Bennet

The very worst has happened. Mr Bennet has died, leaving his wife and five young daughters bereft. The family estate, Longbourn, is now lost, entailed away and fifteen-year-old Elizabeth Bennet is to go two hundred miles away to live with strangers.

George Darcy, repaying a debt of gratitude, has offered to take her to Pemberley, to live under the mantle of his care and be raised alongside his own daughter, Georgiana.

But on the day she is to leave Longbourn forever, young Elizabeth, grieving and confused, runs off into the Hertfordshire countryside. Fitzwilliam Darcy gives chase, telling his father he will have her back in an hour or two. Luck and fate, however, are not on his side and capturing Elizabeth Bennet turns out not only to be more difficult than he could ever have imagined, but events conspire to turn her little adventure into his worst nightmare.

The prideful man and the girl prejudiced against him, meet much earlier in this rethinking of Jane Austen’s masterpiece. Elizabeth grows up under the ever-watchful eye of Mr Darcy, from fifteen to twenty one. She errs and falters, there are stumbles and trips, but could this ‘disobedient little hellion’ one day become mistress of Pemberley and the keeper of his heart?

Caitlin Williams lives in Kent, England, with her family. She fell in love with all things Regency as a teenager, but particularly admires the work of Jane Austen and the way she masterfully combines humour and romance, while weaving them through such wonderful stories and characters.

Pride and Prejudice is Caitlin’s favourite novel and she finds Mr Darcy and Elizabeth Bennet so deliciously entertaining that she likes to borrow them from Ms Austen and enjoys the challenge of putting them in different places and situations.

Her debut novel, Ardently, was written as a hobby, usually with her laptop balanced on the kitchen worktop, typing with one hand, a glass of wine in the other, while she also attempted to cook dinner and keep her children from killing each other. The success ofArdently was as much a surprise to her, as it was to anyone else, and she has been thrilled and genuinely thankful for the positive responses and reviews it generated.

Her second novel, The Coming of Age of Elizabeth Bennet, is a portrait of a much younger Elizabeth, who is thrown into an extraordinary set of circumstances due to the premature death of Mr Bennet, and she hopes you all enjoy it very much.