The Command Series by Karyn Lawrence has brand new covers! 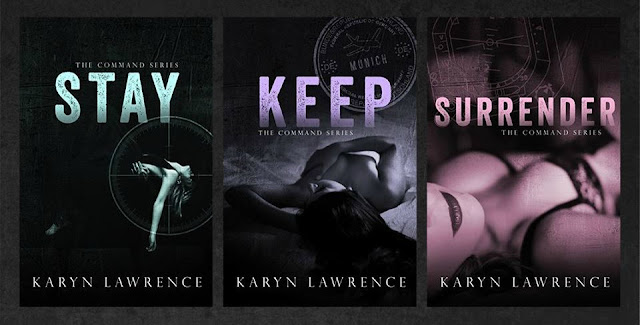 Steamy Romance and Edge of Your Seat Suspense!

A gunshot rings out and interrupts Laurel Hayward’s first steps on stage as a professional dancer, and witnessing an assassination is just the beginning of her horrific night. The ruthless killer is determined to either have her or to silence her, landing Laurel in the protective custody of Deputy U.S. Marshal Jason Dunn.

His cocky, indifferent attitude gets under her skin, but worse yet, there’s undeniable attraction. Jason can claim he’s not interested in her all he wants, but once he’s got her tucked away in a safe house his actions say otherwise.

She needs his help to stay alive and he needs her to catch the killer that has eluded him for years. Forced together and on the run, the attraction flares out of control and develops into more just as the obsessed killer comes for Laurel . . . and threatens to destroy everything.

Contains mature content and 80,000 words that you won't be able to put down until you've turned the last page. 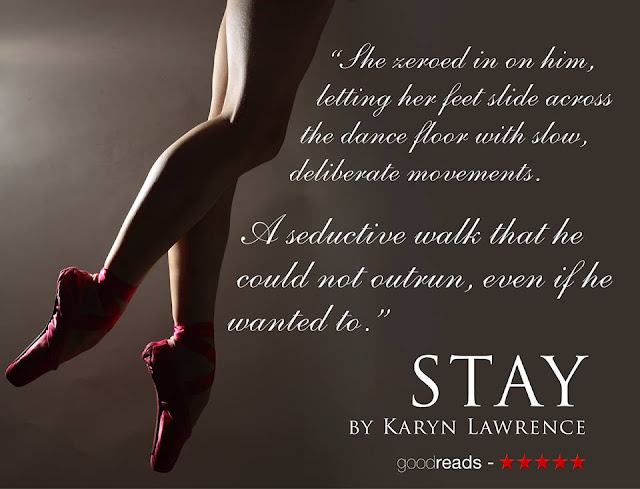 Billionaire CEO Shawn Dunn has plenty of sex, power, and money. A woman turning down his advances? Unfathomable. Yet that’s what she does, again and again.

Kara Hayward is supposed to be off limits. Her sister is hiding from the dangerous assassin she escaped from, and it’s best for everyone if Shawn keeps his distance. Certainly as far as Kara is concerned. Shawn’s only after one thing and then he’ll walk away, just like her ex-husband.

But Shawn has larger desires and he’s used to getting what he wants. He doesn’t care if being together is dangerous. He doesn’t believe that threat to him, or his empire, is real. Right up to the night he has everything taken away.

This is the second book in a stand-alone series; the story is complete with no cliffhanger ending.

I'm a sucker for billionaire CEO's, so reading Stay was something that I was looking forward to. And boy was I right, this book is full of temptation, suspense, action, and oh so much sexiness.

I couldn't put it down once I started. Shawn is an alpha that got my heart racing. Kara getting her life back together and the last thing she wants is to pursue a relationship with anyone. But Shawn's a man that goes after what he wants and he'll do whatever it takes to protect her, love her, and make her happy.

The danger surrounding them is electrifying, the reader will stay on edge to see how the story will unfold. Keep is a perfect second book in this series and I can't wait to see what will happen in Surrender. 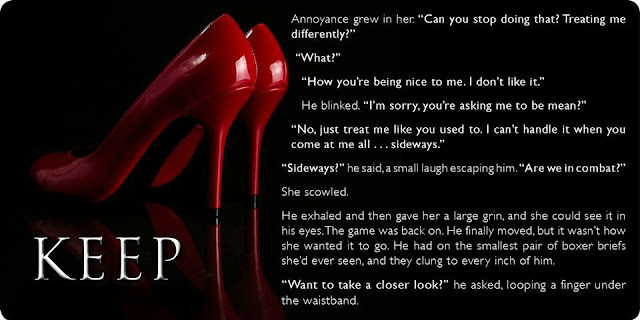 The most dangerous thing on Captain Olivia Wallace’s plane is her Italian employer’s new bodyguard. Nathan is just like all the other predators in the deep bush of South Africa: he’s powerfully intense, strikingly gorgeous, and completely lethal.

But Nathan isn’t who he pretends to be and she’s drawn to the decent man she sees inside, the one he claims doesn’t exist. Even as he risks everything he has to save her.

His actions put them on a collision-course with uncontrolled passion, but also dangerous violence, and its impact threatens to destroy so much more than just their lives.

This book contains mature content. It is a standalone novel with no cliffhanger ending.

Oh deary me, I'm overheated and it's all thanks to Nathan. That man is hot and an alpha that makes my heart skip a beat. And Olivia is no shrinking violet, she's stubborn and spunky all wrapped up in one sultry package. Those two really know how to heat things up. 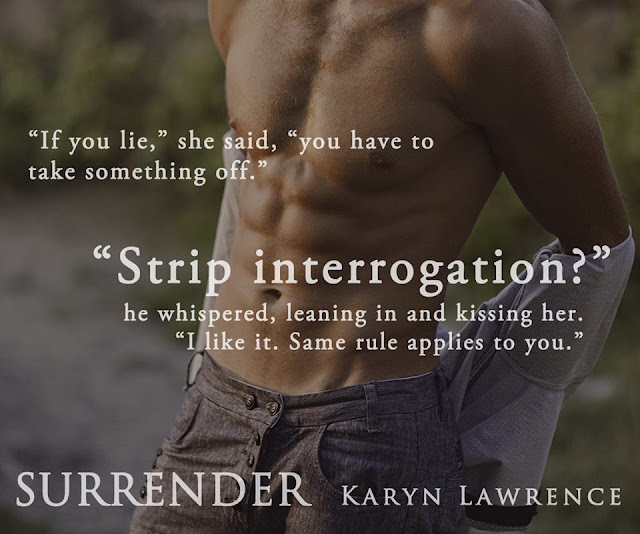 Karyn Lawrence is an author, graphic designer, and screenwriter. She published the nonfiction book for children: "Techniques of Color Guard" after an editor discovered her color guard blog; way back in the infancy of the Internet and long before blogging was a thing.

She has been a screenwriter for more than fifteen years, with rather mild success, and grew tired of her stories only reaching a handful of readers. The decision was made to try fiction in early 2013 and once she figured out how to write internal dialogue again, the prose came fast and furious. She most enjoys writing smexy (smart-sexy) books featuring a lovable SOB.

Karyn is a Chicago native who lives in Kentucky with her epic husband and two adorable sons. She also writes dirty romantic books as Nikki Sloane.