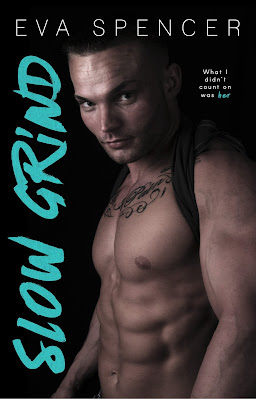 Only the good die young. It’s a phrase I wish never existed.

Then I got an idea to raise the cash. If a woman could strip her way through uni, we could strip our way to a cure, right? We were attractive Aussie guys, and with the help of Max’s kid sister, we could nail the choreography.

I hadn't seen Aubrey since she was twelve. She’d gone from a pig-tailed, freckled tomboy into the sexiest chick I think I'd ever met. I made a promise to Max to steer clear, but when she was choreographing our routines …

The Men of Mornington were going to heat things up, and things just got a whole lot hotter.. 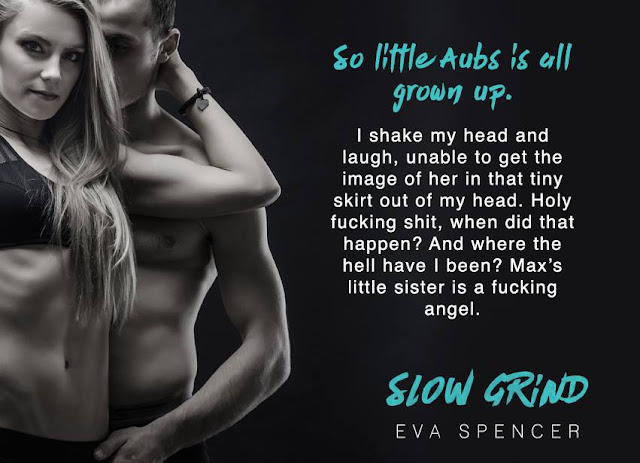 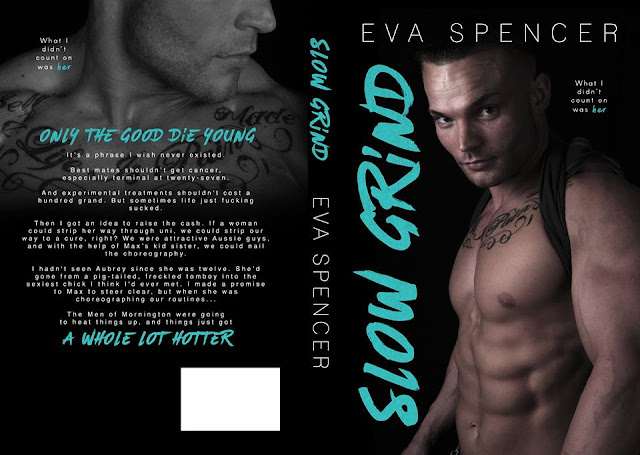 “I’ve invited Drew and the guys around tonight for drinks, okay?”

I stand at Max’s bedroom door and peer inside. I can just make out the shape of his body on his bed. He rolls over and switches on his lamp, squinting up at me and wiping the sleep from his eyes.

After a few days of making sure this plan can actually work, Drew and I are ready to let the others in on it. I’m nervous, because I have no idea how they’re going to react. Especially Max. But, at the end of the day I know this will work. It has to.

“How long have I been asleep?” he mumbles, struggling to sit up. I walk over to help him, but he waves me off. “I’m okay, Aubs.”

I hang back as much as it kills me to watch him fight to do something that’s so normal for the rest of us, my fingers fidgeting in front of me. He hates it when I try to help him, but I do it without even thinking—it’s my second nature, I think. I just want to make things as easy as I can for him. I did even when he wasn’t sick. I guess I got the nurture and he got the nature. Nope, that’s a lie, he got the nurture too. A pair of peas on a pod, I guess.

“Only a few hours. I wanted to let you rest as long as you were able,” I say, answering his question. “Mom said you were having trouble sleeping through the night, but then I thought you might be hungry, so I’ve made soup. Mom also said you can usually handle that on your stomach when you’re not feeling well. Is that okay?”

“You’re cooking is enough to kill any appetite I have. What doesn’t kill you makes you stronger,” he chuckles. I glower at him, but it’s nice to hear him laugh again, even if it is at my expense and even if it is a little morbid. How do you tell a guy with a body that’s giving out on him that it’s too soon to be making death jokes? I suppose you can’t, can you?

He stands up and I hand him his robe, consciously making sure I don’t try to help him. He follows me out to the kitchen, where the aroma of chicken soup fills the air. He wanders over to the trash and picks up an empty can, laughing and shaking his head.

“Opening a can and heating it doesn’t exactly qualify as cooking,” he says.

“Yeah, well, it’s my kind of cooking,” I respond defensively, snatching the can off him. I toss it back in the bin and set two bowls on the counter. “Go and sit down,” I order.

I pour the steaming soup straight from the pot into two bowls and carry them over to where he’s sitting, placing one in front of him, the other on the opposite side. He obliges, and I wait to take my seat until he’s taken his.

“You better have given me the one with more,” he teases. I smile, my mind going back to our childhood when we used to fight over which drink had more in it, or who got the bigger slice of cake.  I remember our dad complaining because for a very long time I even had to have the blue cup because Max had a blue cup. Then, as I grew older, everything became a competition; who finished dinner first, who got to sit in the front seat. Still, as I sit with the soup, I find myself wondering if I can finish before Max, so for the first time I can actually win. It’s hard being ten and being in competition with a teenage boy—they can eat enough for ten men and still have room to steal the dessert.

“Remember the time when you stole the ice cream from the freezer, and when Mom realized one was missing, she refused to let us have another until one of us owned up to it?” Max chuckles and takes a small sip of the broth, leaving the noodles and small chunks of chicken behind in the bowl.

I laugh and roll my eyes. “It’s been twelve years. You can own up to it now,” I say. “I was so pissed at you for making me miss out. You could have at least taken one for me. You knew she wouldn’t let either of us have any until we fessed up.”

“It wasn’t me!” he laughs and holds his hands up in surrender. “I was sure it was you.”

“Even back then, me and mom fought all the time. I wouldn’t dare risk having her unleash her special, sophisticated brand of crazy on me,” I scoff. Max has no reason to lie to me after all this time, so the more I think, the more my mind wanders, then realization hits. “Wasn’t Drew there that day? In the afternoon?”

Max nods, confused, and then breaks out into a smile. “That sneaky little bugger. That bastard owes us ice cream.”

“I’ll make sure he follows through,” I giggle. “You know how I feel about my desserts.” 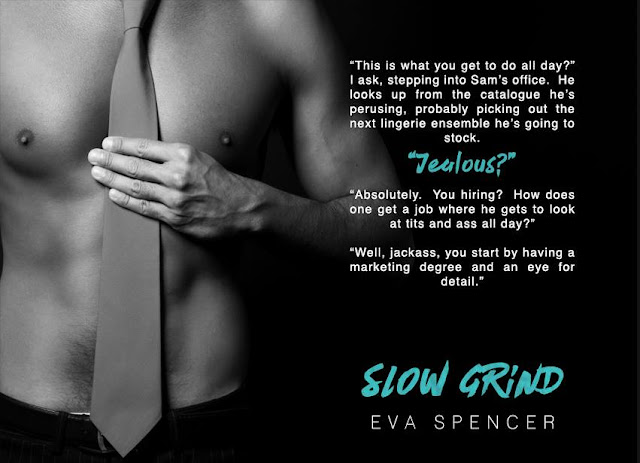 Slow Grind is more than male strippers, it's about a group of friends that have been friends for a lifetime coming together to support one in need. And that makes these guys extremely sexy, in my own personal opinion. Men that would do anything for their mate is exceedingly endearing.

Max, Aubrey's brother, is fighting for his... again. Only this time the cancer seems to winning. There's an experimental trial that he can get into, but it's going to cost a pretty penny. That's when the idea to strip for a cure came from. If anyone can make this long shot a reality, it's this group of friends.

The love story that surround Drew and Aubrey is one that started so many years ago, Drew just didn't know it at the time. But now things are different, they've both grown up. What once wasn't there is there now.

They attempt to fight their growing attraction and feelings, but in the end their relationship is inevitable. And once they heat up, it sizzles right off the pages. Just think about it makes me flush.

However, just as they begin anew, Aubrey's past comes knocking on her door. Can Aubrey and Drew get past this bump in the road or are they destined to never be? Will Max make it through the trail and have a bright future? I for one, can't wait to find out in Slow Motion! 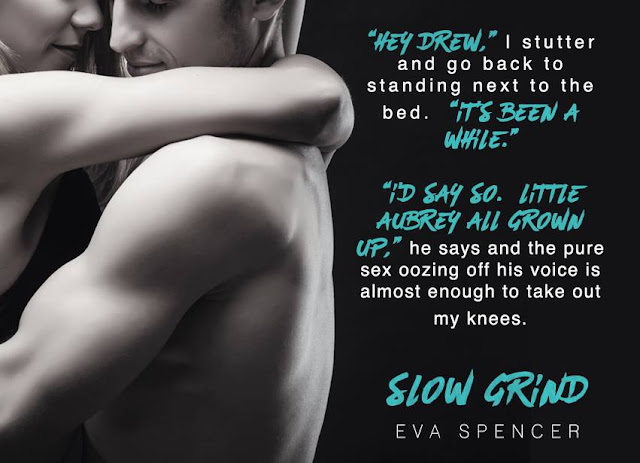 Eva Spencer, a combination of Ashley Suzanne and Missy Johnson. Independently, we have over 30 novels, and have decided to write our co-written works under one pen name to make it easier for all of you to follow!!! We love new readers and can't wait to chat with you! 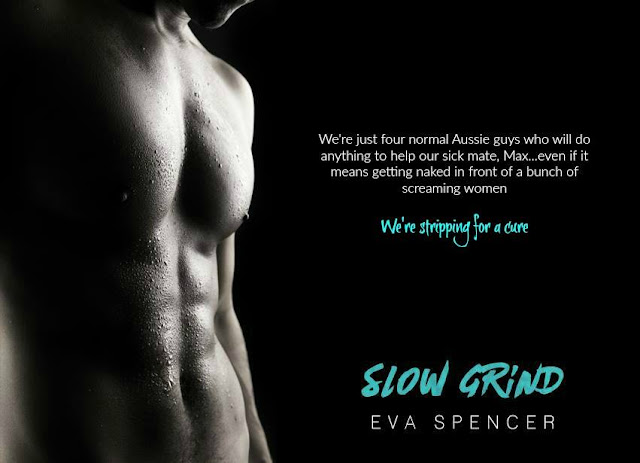