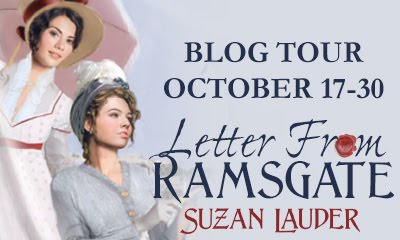 Letter from Ramsgate
by Suzan Lauder 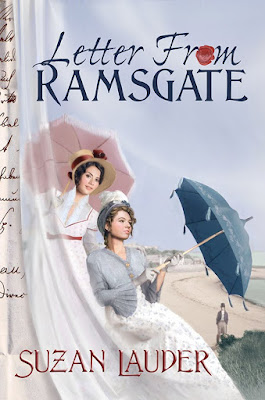 Sir, I am not known to you. I fear you may have concerns regarding some intelligence that recently came to me from your sister...

...a simple letter shatters illusions and turns the world upside down!

On holiday in Ramsgate, Elizabeth Bennet befriends shy, romantic Georgiana Darcy, who shares an adoring description of an ideal elder brother. When Georgiana discloses a secret infatuation with her brother’s “close friend” Mr. Wickham, Elizabeth’s altered perception of both men affects her actions and alliances.

The secret within an anonymous letter from Ramsgate ties Mr. Darcy and Elizabeth together but also separates them. A second missive unlocks the disguise, but Mr. Darcy realizes his true passions too late to assist Elizabeth in her darkest hour. Will the shocking disclosure of a forgotten letter transform his understanding of her heart and lead them to embrace their future?

Letter from Ramsgate is a Pride and Prejudice variation suitable for most audiences (youth and up).

Liz, because I’m so grateful to be here on Liz’s Reading Life, I have what I refer to as the “Hunsford set-down” of my latest novel, Letter from Ramsgate.

In this scene, a summer party is taking place at Pemberley, and Mr. Darcy’s name has been linked to one of the visiting ladies. Three other ladies, all relatives, take him aside to chastise him for multiple reasons. Two of the characters are familiar: Georgiana Darcy and Anne de Bourgh. The third is a new minor character in Letter from Ramsgate: Lady Courtland, wife of the older brother of Colonel Fitzwilliam. Prior to her marriage to the heir to the Earl of Matlock, Darcy had a mild interest in the former Miss Laura Falconer, and still considers her a friend and ally. The artwork of three ladies is by C. Haichwood from 1893. I like to think of them from left to right as Georgiana, Anne, and Laura.

Lady Courtland’s arms were crossed; Darcy had never seen her so stern. “Lady Catherine came to Pemberley under the impression that she had to eliminate a competitor for Anne’s claim to your hand, so to speak. The conflict could have been atrocious.”

“I understand. Perhaps I should consider explaining my intentions regarding Anne to Lady Catherine,” he said.

“Yes,” said Anne, “and I would be grateful for your support since I spent the trip here, as well as the previous weeks, trying to convince her of my distaste for you as a husband.”

The corners of his mouth lifted at this.

“It is not humorous!” she cried. “Perhaps it was entertainment for us to laugh at her for her wishes, and it was easier than correcting her, but it is no longer appropriate. We are disappointing an old woman, and she is not of a mind to accept it without causing discomfort for us all.”

Anne’s rebuke wiped the smile from his face. “My apologies. You have the right of it. But to enter into an inevitable argument with her was always—”

Lady Courtland cut off the protest. “The problem is, Darcy, unless it is of convenience to you, you do not bother to respect anyone’s sensibilities but your own, and it is time for you to stop.”

Anne nodded, and he met the accusation with protest. “That is not true! I pride myself in my ability to consider the needs of many people: Georgiana, the tenants, even Lady Catherine. I take prodigious good care of them.”

“No!” Georgiana protested. “You control them.”

“It is my duty to make decisions. I shall not apologize for that.”

“In your conceit about your judgement being best for all, you are selfish and overbearing. Worse than that, you jump to conclusions and close your mind to other points of view. You live by inflexible principles that are unforgiving, and use them as perverse justification for decisions that can cause others trouble. If they dare to object to your decree, you determine that, since your decision is unarguable, they are at fault, and you dismiss their concerns.” Georgiana used dramatic sarcasm to finish. “Fitzwilliam Darcy is the sole person in the world allowed to have an opinion.”

He contemplated each accusation with confusion. Conceit? Selfish and overbearing? What were these three trying to say? Why the concerted effort to reprimand him? Especially Georgiana! She had never been insolent before!

After a moment, he replied, “I do not agree.”

“Of course, you do not. That is precisely the problem.”

“You will understand better when you are older.”

“But will you ever learn to understand? Or listen to others before judging?”

“For now, I make the decisions regarding your welfare. Though I do not understand why you complain. Did I say something to disappoint you?”

“Perhaps every action you have made towards Miss Elizabeth Bennet from the time you returned from Kent until I insisted you go to London would suffice as examples?”

Thank you Suzan for being here and sharing this intriguing excerpt with us today. 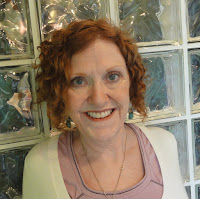 A love for Jane Austen’s novels and Regency and Austenesque romance novels inspired Suzan Lauder to write her own variations, which led her to a passion for Regency era history and costuming, as well as social media book marketing. She cherishes the many friends she’s made as a result of these interests.

Suzan is a member of JASNA, VIRA, RWA (PAN and Beau Monde chapters), and is a registered professional engineer. She enjoys independent travel, design, Pilates, yoga, cycling, sustainability, upcycling, architecture, beta editing, and blogging. Most of the time, a Vancouver Island penthouse loft condominium with a view of the Salish Sea is home. For a few months each winter, Mr. Suze and their two rescue cats accompany her to their tiny Spanish colonial casita in Centro Historico of an industrial city in Mexico.

Letter from Ramsgate is Lauder’s second published novel and comes on the heels of her successful upcycled costuming blog series, the Thrift Shop Regency Costume Experiment. Her latest venture is blogging about her learning experiences while editing Letter from Ramsgate. Suzan’s first novel, Alias Thomas Bennet, is an Austen-inspired Regency romance with a mystery twist. She also contributed a short modern romance, Delivery Boy, to the holiday anthology Then Comes Winter. All Lauder’s published fiction is based on Pride and Prejudice and is available from Meryton Press.

Readers may enter the drawing by tweeting once a day and daily commenting on a blog post that has a giveaway attached for the tour. (Review posts are not part of the giveaways). Entrants must provide the name of the blog where they commented (which will be verified). If an entrant does not do so, that entry will be disqualified.

A winner may win Only 1 (One) copy of Letter from Ramsgate by Suzan Lauder. Each winner will be randomly selected by Rafflecopter and paperback or ebook format will randomly be selected for each winner as well.

10/20
From Pemberley to Milton

10/23
From Pemberley to Milton