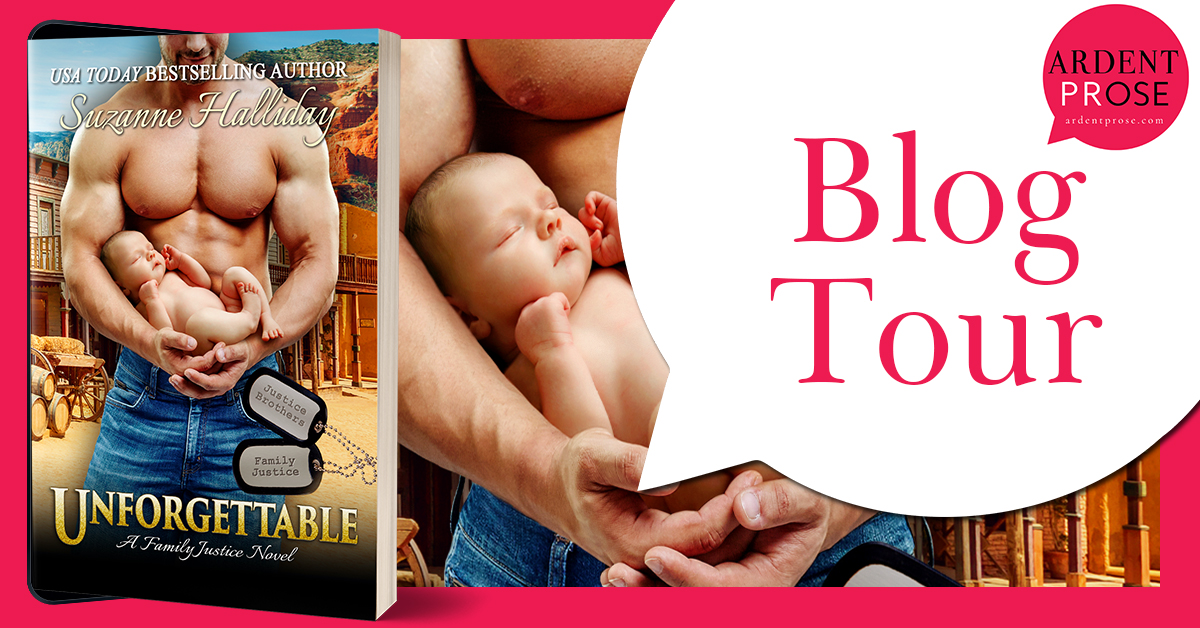 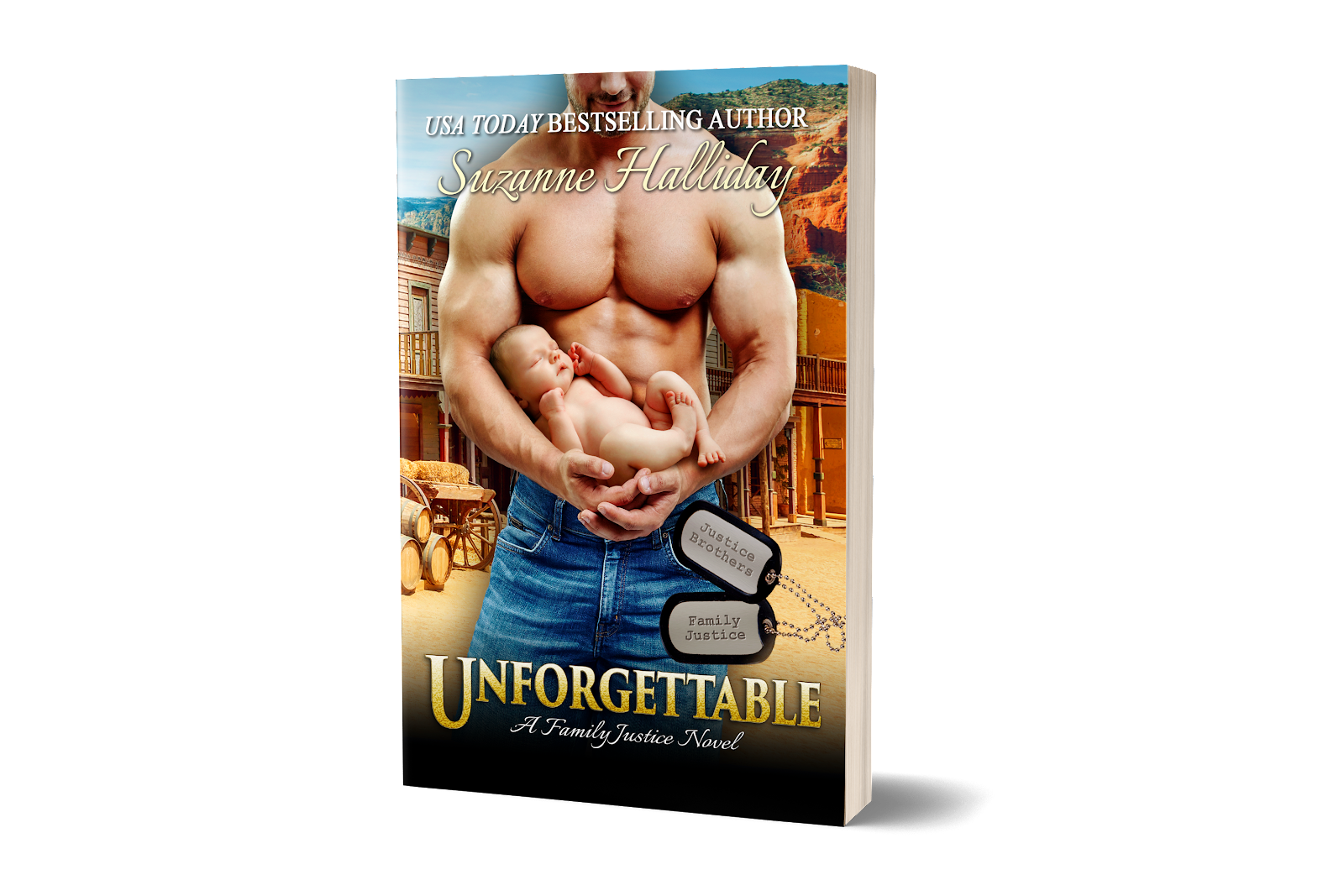 There’s a baby explosion happening for Family Justice and people are starting to joke that there must be something in the water! First came the surprise of a lifetime for Stephanie and Calder. Then came Lacey’s shocking reveal of a second pregnancy during a harrowing ordeal for Cameron. The big news that Alex and Meghan were starting a family was greeted with joyous enthusiasm but a second shocking reveal hovering in the wings rocks everyone’s world and shakes things up at the Villa. Victoria and Draegyn along with the rest of Family Justice bring plenty of surprises and some interesting announcements along the way as we catch up with the whole Bendover crew. Get ready for a bit of drama and plenty of Family Justice fun! Find out how Finn is faring as the new co-owner of Whiskey Pete’s Does Carmen have a new and very surprising love interest? Is Remington Bissett coming out of her self-imposed shell or has she decided that a certain arrogant transplanted from Boston saloon owner, isn’t worth the aggravation? What about Brody, Heather and Bella Mia? Parker and Angie ~ are those two ever going to get married? As if that’s not enough, hold on a minute! Is that Paddy O’Brien in the desert and did someone say Alex’s parents decided to retire and return to Arizona? It’s another heart-warming, sexy and full of laughter chapter in the lives of the Justice Brothers and the family they’re creating in the desert southwest. Come along once again as we journey to Bendover, Arizona and see if happily ever after is still the order of the day.

“Am I interrupting anything?” A deep voice drawled from the doorway. Cam looked up and saw Alex lurking in the doorway.
“Hey! Great timing and no, not interrupting. Our old buddy Roman, here,” he said with a powerful thwack on the man’s back, “was just picking my ball hairs out of his teeth.”
Roman jerked to attention when he realized who stepped into the room and threw up a smart salute. “Major,” he said with a deferential nod.
Alex saluted back and immediately stuck out his hand in welcome.
“Who moved the fucking rock and let you crawl out?” the big man said with his usual sardonic bite. Then he took control of their clasped hands and drew Roman in with a laugh. The handshaking, backslapping, bro hugging fist bump routine played out again with Alex giving the guy ten tons of grief.
“Jesus, don’t let his wife see you saluting,” Cam chortled.
Roman smirked. “Why?”
“Because she’d fall down laughing and then I’d have to beat the snot out of you to restore my manhood. That’s why,” Alex quipped.
“Sounds like my kind of lady.”
A thousand dirty references hung in the air unspoken. Cam almost crapped his pants when Big Daddy reacted like a fifty thousand volt Taser hit his nuts.
“She’s pregnant and if the hairless balls of a man-pussy are what she wants for lunch, I’ll come looking for yours.”
That my friends, Cam thought with laughter, is what we call a home run. Alex had the best putdowns.
Roman went from stunned to cracking up and gave Cam a knowing look. “Oh,” he chuckled. “I see how it is.”
Cam nodded and returned the look, “I just bet you do.”
Alex and Roman were a lot alike when it came to control issues. Probably explained why Roman went off on his own to do private security rather than stay with Justice. He didn’t take orders well and had a terrible time playing nice if he wasn’t in the mood. All traits which only became more pronounced after the guy’s wife and kid died.
“Look at you guys,” Roman joked. “Wedding rings and private planes. If I ever feel like getting old and settling down, I’ll set up camp in Bendover. Great name by the way. Very apropos.” His amused snicker was directed at Alex who flipped him off with great flair.
“I hate to break this knitting circle up but we have a meeting waiting on us.” Alex’s meaningful look reminded Cam it was a workday. “Roman,” Alex said with another hearty handshake. “It was good to see you. Good luck with your search mission and all joking aside, you know we’d welcome you here any time.”
“Thanks Alex. That means alot coming from you. And I was just being a dick about you being married. I’m glad you found someone to put up with your shit.”
After a handshake and some muttered goodbyes, Roman left with a nod at Alex. Cam hoped the guy found what he was looking for. In more ways than one.

Suzanne Halliday writes what she knows and what she loves – sexy adult contemporary romance with strong men and spirited women. Her love for creating short stories for friends and family has developed into a passion for writing romantic fiction with a sensual edge. She finds the world of digital, self-publishing to be the perfect platform for sharing her stories and also for what she enjoys most of all – reading. When she’s not on a deadline you’ll find her loading up on books to devour.Currently a wanderer, she and her family divide their time between the east and west coast, somehow always managing to get the seasons mixed up. When not digging out from snow or trying to stay cool in the desert, you can find her in the kitchen, 80’s hair band music playing in the background, kids running in and out, laptop on with way too many screens open, something awesome in the oven, and a mug of hot tea clutched in one hand.