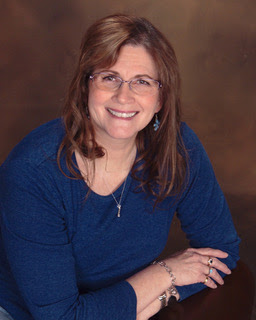 Susan was born and raised a California girl but is grateful to have lived on the Oregon coast and in the Rocky Mountains of northern Utah. She’s now enjoying living with her husband in the incomparable beauty of the Redwood forest, nestled against the rugged coast of Northern California.

Susan raised a tribe of children, making ends meet as a registered nurse and lactation consultant, and now her tribe members have tribes of their own and she just doesn’t get to see enough of them. She loves to travel and is thrilled with a good movie or a great book, but writing is her passion. She writes almost anything, especially epic fantasy and romance. Saving Lord Whitton’s Daughter is her first Regency Romance.

Susan would love to hear your comments. Please review her book at your favorite retailer, and at Goodreads, and/ or drop her a note at: stietjen.author@gmail.com. 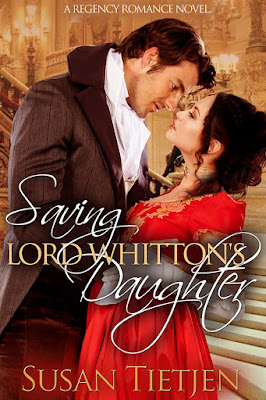 Lady Bethany would rather die a spinster than submit to marriage—and thus reveal the horrible secret she has harbored for more than a year Lord Locke is far too immersed in his service to the Crown for romance, but Lady Bethany is in dire circumstances.

Indebted to Bethany’s late father and his close friend, the earl offers a perfect solution for both of them: a marriage in name only.

Perfect, if only they weren’t so irresistibly drawn to each other—and if Bethany hadn’t found herself falling in love with a man even more mysterious than his reputation. Perfect, until she unwittingly learns he’s protecting her from a threat to her life.

To Mark, Bethany is just another assignment, a woman he’s convinced is hiding something. His offer of marriage was meant only to make it easier to safeguard her.

But when the simple threat turns to attempted murder and treason, Mark realizes that Bethany has stolen his heart and he can do nothing less than throw himself into a race against time to save her, whatever the price.

Marcus Ashburn enjoyed the feel of Polly’s collected gait, along with the warm breeze and the sea-green meadow’s splendor. Whitton’s lands and livestock were excellent, despite the estate’s insolvency.

Lord Matthew and Mr. Nicolas would be beyond ecstatic when they met with him later this afternoon to discuss his success with Lady Bethany.

His smile vanished, however, when he ruminated deeper about the future Lady Locke. He’d visited Whitton many times over the years, almost always when Lady Whitton was in London and Lady Bethany either off riding horses or climbing trees. He barely remembered the girl from their meeting at Almack’s last year, and although she was extraordinarily beautiful then, she’d seemed too young to take seriously. He might never have met her again if not for the twins.

Lord Matthew and Mr. Nicolas had come to him several weeks ago in a panic. It had shocked him to learn of Whitton’s financial ruin, but not nearly so much as their having uncovered a credible threat to Lady Bethany’s life. They’d begged for help with protecting her, a more difficult request than he could have imagined. Besides needing to keep her unaware of the diplomatic connections Lord Whitton and Lord Christian had entertained, she must be spared the obligations of a typical arranged marriage. Short of explaining why, Lord Matthew alluded to her inordinately independent nature, while Mr. Nicolas hinted she had difficulty trusting men.

The three of them had tossed more than one idea about but none that worked. Then Mr. Nicolas pointed out that Lady Bethany shunned marriage as much as he did, and what if Locke could take her under his wing? Offer her a marriage in name only?

The proposal took root and was about to become a reality. A marriage of convenience. A woman who wanted as little from him as he would from her. It would leave him as free to focus on his duty to the Crown—a commitment that had consumed his life for a decade—as it left no room for romance, which he’d avoided as if his life depended on it, as indeed, it did. With no strings attached, and when this menace was eliminated, he could easily let Lady Bethany go, especially if she changed her mind and wanted more of him than he could give.

Or so he had thought. If only he hadn’t found the lady nearly irresistible, far more exceptional than the twins had warned him. She bore the Montgomery stamp: dark brown hair, the most fascinating emerald green eyes, finely sculpted features. He’d wanted to stare at her heart-shaped face, her small nose, and lips that were much too quick to smile. Luscious lips that deserved to be kissed.

He recoiled from the unbidden pleasure the idea planted inside him, the realization that his defenses might have met their match. The reason he’d wanted to escape her and her mother as quickly as possible. The longer he looked at Lady Bethany, the more he wanted to touch her.

No, that would never do. He needed to keep her at arm’s length. Thankfully, he’d be far away from her most of the time, carrying on unhampered, intent on the affairs of the Realm.

And with his heart safely out of reach.