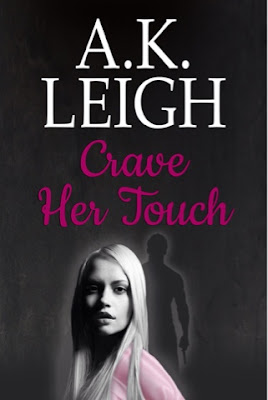 Who do you trust when every suspect is a friend?

At a crossroads in his career as a witnesses protection minder, Peter “Pete” Gandry, is given the opportunity to return to the scene of his only failure––Smithfield, North Carolina. The assignment is familiar: he must keep an eye on Diana King. He agrees, hoping it will help him find redemption and ease the guilt he feels.

Odd things begin to happen to Jenny. At first, she dismisses them as over-reacting to memories of a stalker from her past. Until, she receives an unsettling note. Four words stand out: I crave your touch . . .

Increasingly, the evidence points to someone she knows. Who can she trust? And, who is this mysterious newcomer who has ignited long buried passion within her?

When the sister of an old nemesis arrives in Smithfield, Pete is forced to expose his true identity. The town quickly turn against him and Jenny refuses to see him. Just when he thinks it can’t get worse, the stalking evidence begins to point to him.

Can he clear his name and save Jenny from the real stalker in time?

He would need to be extra careful, so as not to draw attention to the real purpose of his visit. He pushed the thought aside and collected the overnight bag. First he would unpack the equipment, then he would come back for a closer inspection of the trees . . .

He was about to make his way back when a rustling noise snagged his attention. Before he could react, a familiar platinum blonde barreled into him.

Jenny took a step back, “Sorry, I didn’t see you there.”

Bright, blue eyes stared up at him. He almost gasped. She was even more spectacular up close.

He locked her gaze as warmth swirled through his chest. The impulse to introduce himself came over him. He stretched his hand toward her at the same time as she whirled around and ran off without another word. Damn. He’d lost his chance.

If you are looking for a little romance, a little suspense, a strong independent heroine, and a hero who will stop at nothing to protect the one he loves, then Crave Her Touch is for you.

This was my first book from A.K. Leigh and I enjoyed the fast paced, thrilling story line, and captivating characters.

Jenny is getting back into the swing of things after a rather scary incident six months ago and not letting her memories of her stalker have any power over her decisions. She took up MMA as self dense, and now she's passionate about her craft and maybe possibly teaching it. Now the only other thing missing in her life would be finding love. But there's another "secret admire" in the background that is about to make her life unsettling.

Pete is back to the scene of the crime, so to speak. He let down a lot of people, but now he's got the opportunity to make sure he doesn't misstep again. The last time he was here there was someone that caught his eye, and this time around is no different. This time he's got the chance to spend some time with her, but the longer he spends with her the more he falls for her. But when his secrets finally come to light, will she be able to forgive him or say goodbye forever?

Having not read the previous book in the series, it was easy to follow along with the story. The person behind the stalking of Jenny will not be the person you think it is, talk about keeping you on the edge of your seat. I really loved the chemistry between Pete and Jenny. Even as Pete was keeping things secret, he still opened up to Jenny more than he expected to. And the lengths he goes through to make sure Jenny is safe is admirable.

This suspense filled book with keep you captivated until the end and I would recommend it to anyone looking for something with a little less heat and a lot more heart.

Also Available in The Smithfield Series 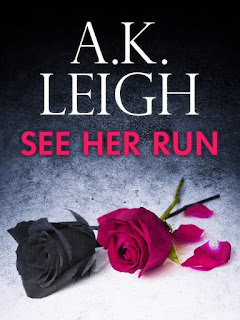 You can run from everything except your past . . .

​Diana King has moved to Smithfield, North Carolina to start fresh. With a new look, a new address, and a new name, she's hoping to begin a safe, quiet life far from the horrors she's endured.

On the painful road to recovery, Diana begins to think she can move forward … until she meets local farmer, Jonathan Smith, and realizes his connection to her previous life. While Jon doesn't recognize her, they both have an undeniable attraction.

Just when Diana begins to see a hope of happiness, she discovers that her ex-husband Russ is on the hunt and will stop at nothing to get her back.

For Diana holds evidence that could lock him away for life ...

When your trust is shattered in the most violent ways imaginable, can you ever learn to love again? See Her Run tackles the issue of domestic violence and the psychological trauma that must be healed in the aftermath. 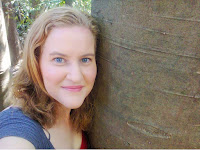 A.K. Leigh is a multi-genre romantic suspense author, sometimes blogger, huge Michael Jackson fan, martial arts movie buff, ex-professional Astrologer, mystic, vegan, and identical triplet. She holds a post-graduate degree in counselling, which enables her to create rounded, believable, and complex characters in her writing. When she’s not reading or writing, she is running around after three energetic children. Though her stories are set in North Carolina, USA (because she loves the state!), she actually lives with her children and one grumpy cat in Queensland, Australia. She is a proud member of Romance Writers of Australia. Visit her on the web, Facebook and Twitter.